The trend towards Datacenter consolidation has resulted in reduction in application software deployed at branch location. However for business continuity and application performance reasons some applications must still be deployed at branch infrastructure network. UCS E-Series blade servers gives users the flexibility of running these applications on blade servers inside Cisco ISR G2 series routers. This reduces the amount of space and power consumption by the traditional server infrastructure and lowers the cost of deploying and managing applications at branch. E-Series servers are ideal solution for retail stores, bank branches, clinics and small hospitals where space is a constraint and IT help is not readily available. E-Series servers are ideal solutions for hosting AD, DNS, DHCP, and file & print services at branch location. They are also an ideal way for customers to introduce virtulization in their branches.

E-Series servers are supported on Cisco 2911, 2921, 2951, 3925, 3925E, 3945, and 3945E ISR routers running Cisco IOS Software Release 15.2(4)M. These servers operate independent of the ISR G2 router and communicate with the router through two internal network interfaces; one L3 connection to router processor and one L2 connection to router multi-gigabit fabric backplane switch. They can also directly connect to the network, without using the router interface, by using the integrated external Gigabit Ethernet ports. In case the router IOS is reloaded the server does not reloads, however any connection through the router interface will not work; although any direct connection via the integrated external ethernet ports will still work. If the router is hard booted or during a power fluctuation the server will reload.

Following are the hardware specs of M1 E-Series servers:

Following are the hardware specs for M2 E-series servers:

Regardless of the platform being installed, you can install it on your server using one of the following methods:

There are two types of VMware hypervisor available to Cisco UCS E-Series customers:

• Custom images, for which Cisco sells the license, but the customer downloads the Cisco and VMware certified version from the VMware website.

d) FCoE is supported on a double-wide blade with a 10 Gigabit Ethernet PCIe card.

a) Cisco UCS E-Series Servers do not include features such as Cisco Unified Fabric, Cisco Extended Memory Technology, Cisco VN-Link, and other hardware and large deployment management features that are relevant to data centers and not necessary for most lean branch-office environments.

b) Cisco UCS E-Series management is not integrated into Cisco UCS Manager today because of the differences in features and deployment scenarios for the Cisco UCS B-Series, C-Series, and E-Series product lines. 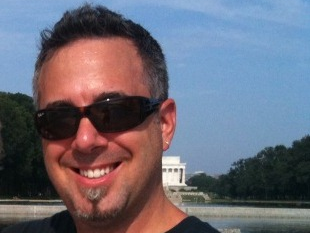 What is the current plan for supporting CUCM, Unity Connection or other collaboration applications on the UCS express modules?

One of the component is VMware View deployed locally. Our customer is asking if we can use the PCI-E slot for VGA card, so 3D rendering can be offloaded to the server. Please help

Does UCS-E 140DP support Ubuntu operating system installed on it ?

Latest Contents
Host Name Unresolved during Packet Tracer wireless connectio...
Created by XXXCEO on 07-01-2022 02:41 AM
0
0
0
0
Hello, I did a home connection using a wireless router and client. I have a wireless router, 2 desktop computers, a laptop with a wireless interface card, a television, a cable modem and a cable splitter.I have done all the configurations. I con... view more
Nexus 9300-FX/FX3, GRE tunnel with IPv6 payload support?
Created by Yinchuan on 06-30-2022 05:40 PM
0
0
0
0
We are looking to replace one Juniper QFX5200, Broadcom Tomahawk based switch with two 93180YC-FX/FX3 switches.On this Juniper switch, there is a GRE tunnel providing IPv4 and IPv6 transport, also running OSPF and OSPFv3. From Cisco Nexus 9000 N... view more
ACI with TGW in AWS multi-region setup
Created by m1xed0s on 06-30-2022 12:12 PM
0
0
0
0
According to the whitepaper below https://www.cisco.com/c/en/us/solutions/collateral/data-center-virtualization/application-centric-infrastructure/white-paper-c11-741998.html Quote:  "...needs Cisco CSR 1000V Series routers in each region for traffic... view more
Which topology is better and recommend for vPC Peer Keepaliv...
Created by mhiyoshi on 06-30-2022 12:02 AM
4
0
4
0
Dear all,   I am little curious about the vPC management design for Peer Keepalive Link. According to the following URL which is traditional Nexus7000 Series vPC Best Practices.   Best Practices for Virtual Port Channels (vPC) on Cisco Nexus 700... view more
Inter-connecting ACI ON-Prem to Public IaaS Cloud
Created by m1xed0s on 06-29-2022 08:11 AM
1
0
1
0
I have been reading vaious Cisco documents about ACI Hybrid Cloud setup (for Azure or AWS). However I am kind of confused from one doc to another. Here below are some confusing points hope someone could help clearify.   Whether using raw Internet OR ... view more
Ask a Question
Create
+ Discussion
+ Blog
+ Document
+ Video
+ Project Story
Find more resources
Discussions
Blogs
Events
Videos
Project Gallery
New Community Member Guide
Related support document topics