Cisco Community
English
Register
Login
Thank you for your support! We're happy to announce that we met our goal for the Community Helping Community campaign! LEARN MORE
RegisterLogin
Turn on suggestions
Auto-suggest helps you quickly narrow down your search results by suggesting possible matches as you type.
Showing results for
Search instead for
Did you mean:
Announcements 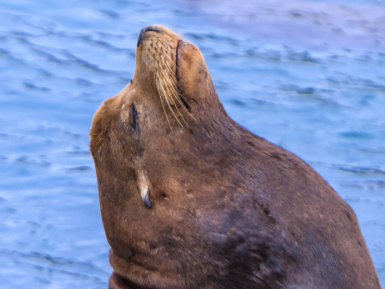 Reporting from the DevNet Zone at Cisco Live in San Diego

Leading up to the Start of Cisco Live the DevNet team held a 24 hour hackathon. Over 100 people signed up and participated in the event the weekend before the show. All of the teams were introduced to the Cisco technologies available for use at the Hackathon and then organized into teams to design and develop their apps in a 24 hour overnight hack session.

Seven teams submitted applications and were able to demo them for the audience and judges. Judging the awards this year were Dave Ward, SVP/CTO and Chief Architect at Cisco, Susie Wee, VP/CTO of Networked Experiences at Cisco, Ken Owens, CTO of Cisco's Cloud Services Group, Wael Kamel, Director of the Innovation Group within Cisco's Chief Technology and Architecture Office, Carol Naslun Willing, Geek-in-Residence for FabLab San Diego, and Rajesh Gupta, Professor of Computer Science and Engineering at UC San Diego and head of their embedded systems lab.

The Judges commended all of the teams on the high quality of all of the submissions. After deliberation, the judges not only awarded prizes to the three top teams, but added two special recognition awards. The winning teams and applications are:

The first place winner was Sanitize, by the team of Mark Barrasso, Nicholas LoGioco, Jason Adler, who were awarded the first prize of $10,000. The team leveraged CMS, IAAS, Cisco Zeus and IOx to build a mobile and web platform for users to view the cleanest restaurants nearby.  Non-compliance to hand washing is a major issue that leads to the spread of infections and Sanitize was created to solve this problem. This app uses a combination of BLE beacons, Arduino vibration sensors, and CMX location tracking to increase hand washing compliance rates among employees.

In third place was the team of Iain Jewitt, David Asher, Joe Hayes. They took home the $2500 prize for their demo of a Temperature & Humidity Monitoring System, which used EIoT, Data In Motion, Cisco Zeus, IAAS, Cisco Shipped to build an IoT system in the cloud for monitoring of temperature and humidity. Using Cisco EIoT, Data in Motion, Zeus and Cloud services to plot temperature and humidity data for rooms in a building for a data-led approach to optimizing energy and cost efficiency of heating, air-conditioning and dehumidifiers. Using these insights, people will be able to see how changes to heating, air-conditioning or de/humidifier affect the building environment immediately and definitively. For old buildings with damp problems, sources of humidity can be accurately traced to their source.

The Judges were so impressed with the applications they saw that they chose to create two special prizes and awarded two teams $1,000 awards.

The first special prize was the Huge Data award given to team EPOCH of Max Nanis and Greg Stupp. They built an application that evaluated the genetic material of a person against a huge data set of metrics and use CpG site coefficients that have been documented in the literature that can predict a sample age along with other things like gender. This app aims to provide a service where anyone can upload a dataset to predict their true age. The applications in the criminal investigative industry would provide a revolution for crime scene analysis. When paired with other services a sample could inform the investigator an extremely accurate ethnicity. In approximately 72 hours, someone would know age, gender and ethnicity.

The second special prize went to the Trojan Horse team of Joshua and Robert Nies, a father/son team. This "Next Generation" award of $1000 went to their demo of MatchMob, a reinvented way of matching players into multiplayer video game lobbies build on Cisco Zeus. MatchMob is an interesting solution that reinvents the way video game IaaS is done. Instead of using the traditional trial and error methods, we decided to "hack" the power of Cisco Zeus into the Unreal Engine 4 game engine. This empowers Unreal Engine 4 to connect various players into a single game instance.

Congratulations to all of the winners.

Latest Contents
Room Kit - BLF panel
Created by d.naumov on 01-20-2022 02:49 AM
0
0
0
0
Hi!Does anyone know if it possible to create a button which would open a panel with some speed dials along with their BLF status?
Room Kit - Favorites button
Created by d.naumov on 01-20-2022 02:46 AM
0
0
0
0
Hi! Does anyone know if it possible to create a button which would open Favorites like when you click Dial button and click on favorites tab?
UCCX Script using REST API - Client response status 412
Created by Muhammad Taha Hussain on 01-18-2022 07:27 PM
1
0
1
0
Hi,Wondering if someone can assist here. I am trying to make REST API call using UCCX script to third party application. I was successful in making API call to Test environment but when I tried to do the same with Prod, I am getting following excepti... view more
inquiry for API
Created by gshopska on 01-17-2022 03:26 AM
1
0
1
0
The user with email Moshik@aboveit.co.il informed that At Cellcom in 2022 they  have started working with automatic tools that bring information directly into our ERP system. Therefore, they  request to interface with Cisco using API to get in... view more
IOS XE app-hosting bind mount syntax?
Created by rfc1149compliant on 01-13-2022 10:04 AM
1
0
1
0
I am working with a Docker container on a C9300, IOS XE 17.4.1. I want to get some configuration files on a USB-attached flash drive into the container with a bind mount. Various documents from Cisco claim this is supported, but none of them say how to do... view more
Ask a Question
Create
+ Discussion
+ Blog
+ Document
+ Video
+ Project Story
Find more resources
Discussions
Documents
Events
Videos
Project Gallery
New Community Member Guide
Related support document topics