How to use Time-Domain Reflectometer (TDR)

What is Time-Domain Reflectometer (TDR)?

For the sake of this document, “TDR testing” and “TDR” are used interchangeably to sow confusion to the un-initiated. They both mean the same.

How can TDR help me?

TDR, in its simplest form, can help you determine IF you have a cable problem, WHICH pair(s) is/are faulty and HOW FAR away the fault is.

Typically, when you have a Layer 1 issue there are a lot of factors to consider:

So you see, dear readers, TDR minimize the guess-work.

Before we begin, let me give you the “lay of the land”. Presume the following scenario:

What model of Cisco switch does TDR work on?

Firstly, not all switch model support TDR. TDR feature first came out with the Catalyst 2960. So here is the list of which ones will work and will not:

Base on the time-line, the “plain” (or non-GigabitEthernet copper port) 3560 and 3750 came out BEFORE the 2960. The “chip” for the TDR was included in the design of the 2960. When Cisco released the 3560G and 3750G later, someone made the ultimate decision to include the TDR feature as a standard. Therefore, the plain 3560 and 3750 are the only two series that WON’T HAVE the TDR feature. (Take note reader: Emphasis on the words “WON’T HAVE”)

Any Gotchas I need to be aware of?

How to use TDR?

The commands are very simple: One to start the test and the second command to display the result. Here is simple procedure:

See? Easy! Now let’s see what the I results would look like.

So what does this result above tell us?

Under “Pair status” you can get the following results:

An ideal result is “Normal”. In practice, whether the remote-end device is FastEthernet or GigabitEthernet, I will never accept a TDR result other than “Normal” in all four pairs.

This is how I see what each Pairs control:

Normally, this result would freak me out. Look at the items in RED. Pairs C and D are reporting a cable value of “0”. Next I move to the “Pair status” and it’s reported as an Open circuit. No pin contact. Whao! But look at the speed. It’s 100 Mbps. So it’s normal … I guess.

But wait. What if the remote-end side (Red) client is a GigabitEthernet. So where is the faulty cabling? Which one of the patch cables? Or is it a horizontal cabling? Does the client support GigabitEthernet or not?

Culprit was the remote-end punch block and the horizontal cabling: Cable contractors only terminated two pairs.

Never ask a boy to do a man’s job!

Its results like the ones above that makes me want to cry.

Ok, I look under “Pair status” and I see “Short/Impedance Mism” for Pair C and D. No question about it. It’s bad cabling. This is not what makes me want to cry. Look at under “Pair length” of Pair A and B. NOW cry.

Should I be worried?

Looking at the result, I can confidently say that the appliance was a 48-port Cisco Catalyst 2960. How? Look under “Interface”. Look at “Pair status” for Pair C and D. Only the plain 2960 FastEthernet ports can support TDR.

But look at “Pair status” for Pairs A and B. What does that mean?

It means that the remote-end (Red) patch cable is missing.

Weird things have happened before

The sample below is coming from a GOOD cable:

And the sample below is coming from a BAD cable:

As you can see, whether or not you have a good or a bad cable the result from the “Remote pair” and “Status” can be deceiving. The ONLY WAY to determine if you have a bad cable issue or not is to look at the “Speed” and the output to the “Pair length”.

I am suspecting that the misleading result of the “Remote pair” and the “Pair status” is an IOS bug. 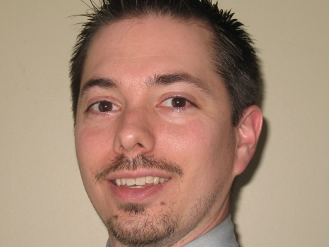 Great document - thanks!  I was not aware of this feature and look forward to trying it out in the lab.  A few questions I'm researching that you may know based on your experience:

1. Are there options to change cable characteristics (such as NVP)?

2. Do you know if there is a minimum cable-under-test lenght or what the accuracy of the length measurement is (assuming all cable characteristics are known)?  (Example: I've used a Fluke Optiview where the minimum CUT was 3ft and accuracy was +/-6ft assuming the correct cable characteristics were provided.)

Regardless, this can be an invaluable tool.  I had the benefit of being able to borrow a TDR from work for my home Cat6 install and it saved much time and troubleshooting effort down the road.  I was immediately aware of any issues that required re-pulling or reterminating runs before I had data problems down the road.  The TDR isn't just an installer's tool.  Anyone that integrates, installs, or upgrades network equipment can benefit from knowing how to use this feature.  At some point you will likely be establishing connectivity across infrastructure that someone else installed, and "proving" that the cabling is the problem can be a difficult task.  The TDR is a great asset in this case, especially when the equipment is too far apart to simply run a known-good patch cord.

Someone tested this and apparently is accurate based on the "+/-" figures posted.

We are rolling out >400 wireless access points across the network.  You have no idea how this tool has helped us (of course the cable contractors were not too pleased).

For our WAPs, we purchased a significant quantity of patch cable.  With TDR, we found around 9%-10% failure rate.  And these are BRAND-NEW cables.

By the way, thanks for the feedback.  I'm still in the process of formating the document properly and making improvements (grammar and spelling).

I tried these on my setup.I got pair length on 3 +/- 10..Error of 10 m for a length of 3m looks weird.You have any idea how does the switch derives the value of error ?

Won't work because TDR feature on FastEthernet for 2960 will only test for Pairs A and B.  There's no way to test Pair D.  It'll come up as "Not Supported".

Sorry, Ankur.  Your guess is as good as mine.  This is internal to Cisco and I'm my electrical knowledge level is, frankly, non-existence.  Length of 3 and an error of 10?  That's not a value I'd take.  What IOS are you running?  I've seen results like these when we were using 12.2(50)SE or something ...

Does that help Ankur? 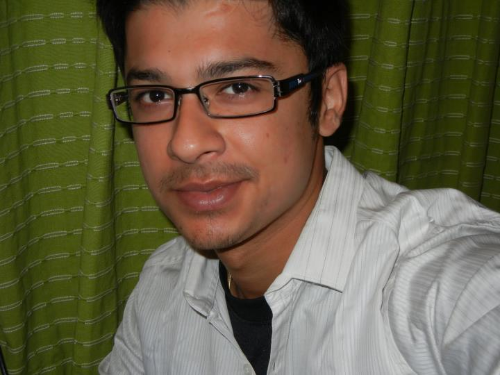 I may be against using 15.0(1) BUT the TDR function of this version is pretty good.  So can I ask if you try another patch cable?

Thanks for the rating and comments Kapil.  Let me know if you guys/gals have any feedbacks/comments/questions/violent reactions so I can make improvement(s) to the document.

By the way, can you guys/gals from Cisco confirm if TDR is supported in Nexus?

Sure,will try with another patch cable and let you know the results...If i'll be able to get to access any nexus,i'll let you know if it support tdr or not.

I have two switches connected.I ran the test on both the switches,on the interface on which they are connected.Following are the results--

1)Why is cable length different in both the cases.Is it normal ?

I was able to access one Nexus 7k..TDR command was available on that device.

Thanks for the confirming the TDR on the Nexus 7K.  Document updated about Nexus 7K support.

by the way i posted this on my blog