Welcome to the new Cisco Community. LEARN MORE about the updates and what is coming.
Turn on suggestions
Auto-suggest helps you quickly narrow down your search results by suggesting possible matches as you type.
Showing results for
Search instead for
Did you mean:
Start a conversation
Options
8641
Views
0
Helpful
33
Replies

I've got a Cisco NSS 326 NAS and have recently run into a problem with OS X Lion Developer Preview and authentication to the NAS. When connecting to the NAS over AFP as guest I can access the NAS just fine. However, when I try and authenticate I get an error that reads:

"The version of the server you are trying to connect to is not supported. Please contact your system administrator to resolve the problem."

Does anyone have a solution to enable the NAS to support AFP 2 or are there any plans to support this from Cisco any time soon?

I have this problem too
Labels:
0 Helpful
Share
Reply
33 Replies 33 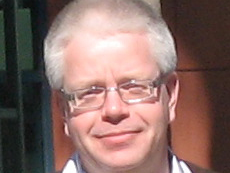 Like you all, I bought a Storage Solution from Cisco, personally hoping that Cisco would be better in supporting us than the OEM they bougth the NSS32x line from.

Until now I have been disapointed over and over.

They opened a discussion about what should be implemented in the Cisco versions of the NAS'ses but so far no real addition of any value.

Now we are facing the problem with OS X Lion's TimeMachine incompatability, which could have been solved for months ago, when the first developer releases were issued.

No response from Ciso however.

This is really bad.

Other companies already have solutions for their products in order to be compatible with Lion.

Ok, I agree, this might not be a problem caused by Cisco, but a problem that was caused by Apple when releasing Lion. But hey all companies have to update their software so Cisco as well as Apple.

However, companies of major size (Apple, Cisco, and many others) should be more cooperative when releasing new software.

I work in IT for over 30 years now and I have always seen that when Cisco bought a company, their "boxes" were painted gray and the Cisco "bridge" logo was aplied and then all over sudden it became a REAL Cisco product.

And I mean it really became a Cisco product. You might have some minor problems but those were always solved.

I would have expected the same from Cisco with respect to these NAS'ses.

And believe me, I have seen quit some NAS'ses from the competitors but the NSS32x series does not come with the support you get from other competing NAS vendors.

That is what bothers me and I regret that there is no solution today for the issue(s) we have with OS X Lion, but what bothers me even more is that Cisco is not informing us at all about whatever solution there will be within whatever time frame.

I still have the NSS326 and I had to pay quit a premium over other vendors, but accepted it, supposing that the NAS would have the support I am familiar with from Cisco, but as you can read above I am disapointed.

So Cisco, what are you going to do to improve support and be more open and informative about coming software releases for the NSS32x series NAS'ses?

I think Klaas and Neil's concerns, disappointments and frustrations are right on the mark. But it seems that no matter what questions get asked of Cisco, there is never a response from them.

All in all, I think the software support of the Cisco NSS line is pretty shocking.

I feel completely vindicated, that I took the plunge and switched my NSS322 box to the QNAP firmware. It has been running flawlessly for over a month and I already have an update from QNAP to support AFP under Lion and they are promising TimeMachine support under Lion in a few weeks.

Sorry Cisco, but for future NAS's for a small office, I will stick to QNAP or Synology.

As everyone who has been watching the NAS & OS X Lion issues with AFP and Time Machine know, NAS vendors are slowing starting to post BETA code to address the issue.  Our development partner is one of those vendors with BETA code.  So there will be a fix available.  The unfortunate update is there is still not a date when this fix will be ready for Cisco.  When something is available, we'll communicate the availability as broadly as possible.

your last message about this topic is from a month ago. Is there a timeline when there will be fix for this? Or has Cisco dropped support for this equipment?

QNAP have released the 'stable' firmware update to support Lion TimeMachine, so we'll see how long it takes Cisco to update/comment on when the functionality will come to the Cisco branded firmware.

I had been successfully running the QNAP beta firmware on my NSS322, since the end of last week and TimeMachine has been working just fine since then.

I am thinking to do the same on my NSS. Go with QNAP firmware 3.5 version for Lion support as well as iSCSI LUN snapshot capabilities. Cisco doesn't seem to be aggressive enough for releasing key features or publishing a roadmap.

The Cisco Announced the Smart Storages End of Life, on Sep 1. Cisco will be releasing its final firmware version 1.5.x and from this version you will be allowed to upgrade to Qnaps firmware. Qnap will then maintain the software releases for the Cisco NSS300 Smart Storages devices. Cisco will maintain responsible for the hardware of devices sold.

This link does not work so I cannot read the document.

When will final release be avaiable so we can install it just to install Qnap's?  !  Is there a charge for Qnaps firmware?

Amazing after buying a product 9 months ago for over $1000 it is dropped.  Another customer lost forever.  No wonder Cisco is laying off jobs.

Firmware version 1.5 should be able shortly.  (1-3 weeks)  There is no charge for the QNAP firmware transition.  More information regarding software caveats, etc. will be published later.

Okay I have to say that this is completely and utterly unacceptaple, and I'm guessing that I'm not the only one that feels this way.

We paid more for a Cisco NAS when I could have bought a Qnap NAS for less money, but I felt that I would get better support from Cisco, guess I was wrong there.

Could you please let me know firstly who I can contact to get a full refund on this device now, and also who I can contact to cancel my company's partner agreement with Cisco, as we will no longer be selling Cisco products after this, and I don't want our company associated with Cisco for any longer than it has to be.

There must have been plans in the pipeline to EOL this product for at least a few weeks now, and no one has even bothered to update this forum, so we could have just gone and bought another NAS in the meantime, but we held on.

If you could either please provide me with the answers to my questions here in the forum, or PM me please.

So is anyone else thinking of taking this further, as I for one am not impressed with this outcome?

Undertstand your fustrations, but there was little the development team could do about it.  The Cisco product still carries a longer HW warranty than the QNAP product (5 years vs. 2 years).  That is especially valuable if you purchased units with hard drives since the hard drives are also covered in the 5 year warranty.

I understand the business decision here (but I'm not definding Cisco for making it).  How can we be sure that we will be advised when the software is available.  I'd rather get it working, then worry about who's firmware it is going forward.

Thanks for posting, with the next firmware release, this will give you the ability to go from 1.5.x to Qnaps firmware. I will post this information when (1.5.x) it’s available.

Is a firmware upgrade available yet?

Every other provider seems to be releasing theirs ..... 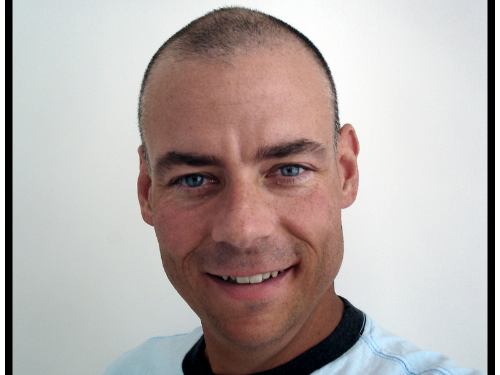 I don't see it posted yet:

Is still all I can see.