Welcome to the new Cisco Community. LEARN MORE about the updates and what is coming.
Turn on suggestions
Auto-suggest helps you quickly narrow down your search results by suggesting possible matches as you type.
Showing results for
Search instead for
Did you mean:
Create a new article
Options
42859
Views
5
Helpful
14
Comments

This application note describes how to automate the installation and configuration of the Cisco SPA5xx IP phone family. Implementers of this document are expected to be familiar with IP networking and the administration tasks involved with configuring VoIP in an Asterisk environment. 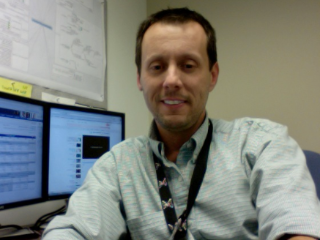 Need this about 3 weeks ago.  Of course I did everything you did here and it works.  But it would have been nice to to have to rediscover the wheel.

Few typo's in this document. 'DCHP' is mentioned a few times instead of 'DHCP'... The actual content is useful though.

<blush> Thanks for letting me know Steve. I've replaced both DCHP with DHCP. 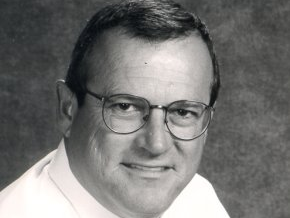 I have tried following this configuration guide and failed miserably! I am able to get 7960, 7961, and 7970 IP phones to configure and register with Asterisk, however I cannot seem to get my SPA509G to even configure (let alone register).

I have created "spa509G.cfg" and "spa1cdf0f4ac22.cnf" (notice I changed the letters in this one to all lower case as documented)

It Seems that when the phone boots, it is requesting the following files from my TFTP Server. SEP1CDF0F4A4C22.cnf.xml, which of course fails because the file does not exist. The phone then requests XMLDefault509G.cnf.xml and again fails.  Lastly it requests XMLDefault.cnf.xml

According to the guide,
" The phone reads its factory default profile rule which causes the phone to request of the specified server, a configuration file based on its model number, example spa504G.cfg"

So in my case, I would expect it to request spa509G.cfg ...Does anyone have any ideas why it would ask for the SEP....cnf.xml file first?

I have tried reseting the Phone to factory defaults.

Any insight would be great!

I'm curious to understand why the document states to set the <Resync_Period> parameter to ten seconds.  I've found that the phone will continue to resync and reboot at the duration defined by this parameter and further find the Cisco default value of 3600 seconds to be too often.  Is there a way to configure the phone to resync at a given period but reboot only if a change is detected in the configuration file?

Please try to carefully follow each step of the document again, the steps really do work. Notice that the document does not provide steps for creating a SEP*.cnf.xml file like you said you provided.

You ask, "So in my case, I would expect it to request spa509G.cfg ...Does anyone have any ideas why it would ask for the SEP....cnf.xml file first?"

The phone is attempting to switch to SPCP-mode. If it does not find SPCP-related config files, it will go on to request the /spa$PSN.cfg file. Notice the / (slash), that means the root directory of your provisioning server.

In order to better understand the problem, take a look at *exactly* what the DHCP server is sending the phone in OPTION 66. The phone behaves differently, depending on what information is provided in the DHCP OFFER.

Here are more details about how the phones boot up:

When the phones boot they do the following:

Long story short, carefully follow the steps in the document and you will be successful. If not, let me know and I'll correct the document appropriately.

I suggest setting the Resync_Periodic to 10 in the spa$PSN.cfg file because this is the file that a factory-fresh phone will look for. I hate waiting around waiting, so 10 seconds is a good time for the phone to wait before performing a request for its unique configuration file based on its MAC address.

The phone's unique configuration file should set this timer to whatever works best for the deployment scenario. I've seen some set it to an hour, some to 24 hours, and some to several days. Basically, figure out how long you're prepared to wait before any changes you make to a phone's configuration will be propagated to the phone.

The phones will resync based on the Resync_Periodic timer and will change their configuration accordingly. If a parameter requiring a reboot is changed, then the phone will reboot. This document describes which parameters cause a reboot when changed: https://supportforums.cisco.com/docs/DOC-13059

You only need one reference document for all SPA phone firmware, information, and utilities.

Thanks for the response Patrick.  I did finally did enough reading to understand why the phone was looking for "SEP....cnf.xml".  My problem turned out to be that the "SPA{mac address}.xml files I created with the provided utility and then edited were "corrupt". Could have been from copying them to and from several locations or just editing them with notepad.exe. Even though my TFTP servers never reported the corruption to me -- I stumbled upon it in the "Status" page accessed from the phone itself.

I experienced the same behaviour. with software 7.4.8...

Even a backup from a running config failed during resync with a "corrupt" status from the phone.

I have found  your post and see that you are well experienced with spa phones and asterisk. I have serious problem with choppy sound on spa 525G2. I have about 80 phones mix of spa525g2 and spa504. Audio is crackly on every call or gets crackly after few seconds of conversation.

Vmware tools and vm kernel installed on both instances of centos hosting asterisk.

RTP packet size set to 20ms on the phone

In both scenarios calls are made via sip trunk sip.blueface.ie.

no PSTN lines connected. This is purely IP based setup

SPA525G2, SPA508 SPA504 SIP - audio issue as described on both systems with internal and external calls.

I have  slighlty removed a bass effect by disabling deep  bass option. This made serious change but we still struggle with very  bad cracks after short time and "push to talk/VAD" effect.

Please advice as we are running out of time.

Thank you for your question however it would be best served in a discussion area instead of a comment area. Please post your question here: https://supportforums.cisco.com/community/netpro/small-business/voiceandconferencing/ipphones?view=discussions.  This area will give your question more visibility for people to help.

It seems no not be true. As far as I know, the factory-reset can't be initiated via SIP notify nor directly via an URL written within browser. So we are speaking about factory-reset triggered via phone's menu.

Despite of it, I can select menu item "reset to factory default" and device will do it with no complains ...

In my situation the dhcp at the remote site is not configured for option 66 and we hav eno access to it.

Can I somehow hard code the tftp server in the spa525G2 as opposed to let dhcp giv eit the IP?

Of course - you can configure Profile_Rule manually within it. Or you may trigger loading of particular profile using standard browser using URL like

(you may refer to configuration located not only on tftp server but on ftp, http or https server as well)

Those methods require manual intervention from you, of course, but it's price for not to having DHCP server under your control on your network.