Welcome to the new Cisco Community. LEARN MORE about the updates and what is coming.
Turn on suggestions
Auto-suggest helps you quickly narrow down your search results by suggesting possible matches as you type.
Showing results for
Search instead for
Did you mean:
Start a conversation
Options
1392
Views
0
Helpful
5
Replies 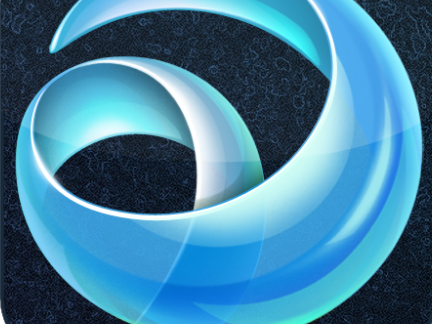 We have 2 VCS-Expressways facing Internet from 2 Different Countries. (Not Clustered)

To aid High Availability for callers from Internet, we have Published the following SRV records in to Internet.

These SRV records point to a A record - vcsgw.example.com

A Record vcsgw.example.com point to 2 IP Addresses of our VCS-E.

When ever someone from Internet call us on SIP, we see 2 SIP Invites from the Source simultaneously on both VCS-E's

Thus calls from internet towards our Internal Endpoints(Registered on H323) fail, stating Loop detected in the VCS-Controls.

Is this the behavior of SIP SRV.

SHould we change SIP SRV's to points 2 A records seperately and each A record point to seperate IP Addresses.

1 person had this problem
I have this problem too
Labels:
0 Helpful
Share
Reply
5 Replies 5
gubadman
Participant
Options

Yes, change the SRV to point to two hosts.

Thanks Guy. Will do that and see the results.

Please always give some additional information, like used software versions, other components involved

(like what is the remote site using which is trying to dial you), which protocolls are used, how does the

I would say there are more dimensions to this.

The proper deployment should look like as Guy said, multiple SRV records pointing to specific A

records which have only one IP assigned to them. So you should fix that first anyhow and sure

if it fixes it its great.

In the case of the VCS would at least not point your issue towards the single A record with two IPs (RR / RoundRobin).

I would still expect the VCS to place the call to only one VCS via SIP.

I  tested that in my lab (VCS-E X7.2.2 and I could confirm, first call attempt hits only the first vcs,

a second second call attempt then hits the second VCS, but not at the same time.)

on my initiating VCS. So thats at least not wrong, but not SIP and only happened as the alias was not found.

Sure, a loop is not good and shall be prevented, but in general with the VCS

loop protection it should not break the call.

My best guess is that you have some other issues in your dialplan, zones, searchrules, transforms, ...

in your deployment or does not really fit your requirements.

What do you think of asking your Cisco partner or some consultant to analyze your needs and reflect that to your deployment.

Thanks Martin for your detailed queries.

I have vcs at both source and destination and see 2 search hitting my 2 expressways at same time.

But the sip to sip call which uses the same srv are working fine.

Check that your interworking is on at least on the vcs where the endpoint is registered.

Check the search history and details if the endpoint was found.

Check how the endpoint is registered, I would set the h323id as a full uri incl the @domain.com

You find examples in the basic vcs-c / -e deployment guides.