Welcome to the new Cisco Community. LEARN MORE about the updates and what is coming.
Turn on suggestions
Auto-suggest helps you quickly narrow down your search results by suggesting possible matches as you type.
Showing results for
Search instead for
Did you mean:
Start a conversation
Options
910
Views
0
Helpful
2
Replies 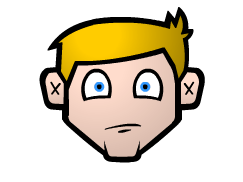 I noticed a change in IOS Gateways in how it deals with anonymous calls.  Anonymous calls in version 12.4(25g) generates an SIP INVITE:

A anonymous calls on version 15.1(4)M8 generates a SIP INVITE:

The p-asserted-identity and remote-party-id did not change.  None of our other SIP systems use the "anonymous@" format.

I have this problem too
Labels:
0 Helpful
Share
Reply
2 Replies 2

The only possible solution that i could think of for this scenario is through the use of SIP profiles on the gateway. There are quite a few posts and docs which you can check to try and configure one for your setup

Do you know why this was changed in IOS without a mechanism to revert back?