Turn on suggestions
Auto-suggest helps you quickly narrow down your search results by suggesting possible matches as you type.
Showing results for
Search instead for
Did you mean:
Create a new article
Options
164868
Views
20
Helpful
3
Comments 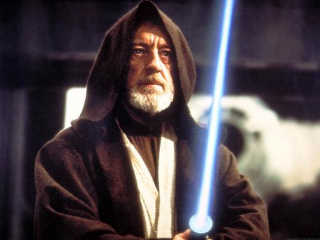 All lines in italic and smaller caracters refer to Contention-Free systems and are never implemented in 99% of the wireless devices, so of little importance.

Small words about each types

-Association request is sent by a station to associate to a BSS.

-Reassociation request is sent by a station changing association to another AP in the same ESS (so roaming between APs, or reassociating with the same AP)

-Probe response is sent by each BSS participating to that SSID

-ATIM is the traffic indication map for IBSS (in a BSS, the TIM is included in the beacon)

-RTS is the request-to-send frame

-CTS is the clear-to-send frame (often response to RTS)

-ACK is the acknowledge frame sent to confirm receipt of a frame.

-QoS data is the QoS version of the data frame

-QoS null is the QoS version of the null frame

Here is what a general frame looks like. We will show what the frame control field contains and then explain the addresses fields.

1.2 and 1.3 Type and Subtype fields: Type is 2 bit long and Subtype is 4 bits long. The type indicates whether the frame is control, management or data and the subtype defines the frame more precisely. For values, please refer the to chunk “frame types”.

1.4 and 1.5 To DS and From DS: The following table show the meaning of these fields combinations.

What’s the point of these DS fields? They are useful to identify the addresses fields (see later here) and they can also help in tricky situations. For example, you see on both wired and wireless side a WLCCP frame with STA being the source and broadcast destination. It could be the station sending it or the AP but as it is broadcast, it appears on both sides and you don’t know. The DS fields will tell you the truth here.

1.7 Retry: This bit is set as 1 when the frame is a retransmission of an earlier frame.

1.9 More Data: Used in power save mode to indicate to the station that more frames are buffered on the AP. See in other chunk.

1.10 Protected Frame: This bit is set as 1 with data frames and “authentication” management frames to indicate that the body of the frame can only be read if decrypted. This field used to be called “WEP encrypted” in earlier revisions.

1.11 Order field: This bit is set as 1 with non-QoS frames where the order of frames must be kept.

That’s it for the control field. Let’s review the general frame format again and explain the addresses fields:

2. Duration/ID: This field is an ID in PS-Poll mode, it then contains the Association ID of the station. In Qos and non-Qos frames, it has a duration meaning different in these two cases. It can basically be considered as the duration necessary to send the frame and the ACK. It helps other stations to wait for the right amount of time before checking the medium again.

3. The 4 addresses field can have different meanings as well. Here are the meanings :

-ToDS=0,FromDS=0 situation. The frame is sent by a station to another station. The transmitter is the original source and the receiver is the end destination. So :

-ToDS=0,FromDS=1 situation. The frame is being forwarded by an AP typically. In this case, the AP is the transmitter but not the original source. So :

Address 2=TA/BSSID (transmitter is the AP, it is also the BSSID by the way)

-ToDS=1,FromDS=0 situation. The frame is being sent from a station to the DS. Here the receiver will be typically the AP which is maybe not the final destination. So:

-ToDS=1,FromDS=1 situation. The frame is sent from an AP to another. So the first AP is the transmitter but not the original source. The second AP is the receiver but not the destination.

5. Frame Check Sequence : CRC at the end of the frame to check its integrity. It is a basic check that can be seconded by another frame integrity check field depending on encryptions used.

With this document, you will find some sniffer traces attached. They are examples of DS bit set or not set in real scenarios. You will find below some comments about each traces.

If you wonder where to check the DS bits, go in the 802.11 header, frame control and then the flag bits.

0-0.pcap: This trace shows a series of frames containing 0 in both DS bits. This reflects a situation where a station (intel mac address) is joining an ESS (Airespace Mac addr). The frames are sent from the station directly to the access point and are not intended to the DS since the station didn’t join yet. Same goes for the other way, when the AP is sending a frame, the frame goes to a station and does not come from the DS but the AP itself. So all frames shown have 0 in “from DS” and “to DS”.

Another good examples are the RTS/CTS frames, those frames are directed from a station to another and to intended to the DS.

1-1.pcap: A first look at this trace would let you think that we are seeing a retransmission. However, a look at the DS bits shows you that the first frame is sent by the client. The second by an AP to the client. And most important, the third is from an AP to another AP. This is then a “repeater AP” situation! And nothing to do with a retransmission because of packet loss …

If you can update the images that will be great because they do not appear in place.

It seems they were removed or renamed in their source locatoin.

Thanks for the valuable information, Nico.

I tried to capture a frame contains from DS and to DS in 1-1.
Can you guide me the process. WDS is implemented in my setup. Hanging in which interface i need to sniff and analyze. ?