Turn on suggestions
Auto-suggest helps you quickly narrow down your search results by suggesting possible matches as you type.
Showing results for
Search instead for
Did you mean:
Start a conversation
Options
3526
Views
5
Helpful
3
Replies

How to run setup script again on Prime Infrastructure 2.2 Appliance 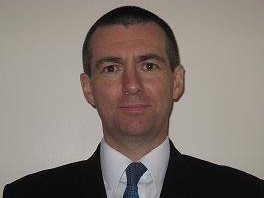 Does anyone know how to re-run the setup script on a PI2.2 (UCS) appliance after it has been initially executed?

It used to be after a reboot of a server you could type the word 'setup' at the very first login prompt after boot up, but I don't see that option any more.

I tried typing 'setup' at the first login prompt, but its just shows a bad login, rather than running the setup script.

The 'write erase' command is also disabled in 2.2, so I can't use that to start again and force a the setup script to run.

Looks like once you have run setup once, you're stuck with that config? If you want to switch a unit to be a HA secondary, do you have to wipe the box and start again...?

I've checked the user, admin, quick start and command reference guides, but there is no reference about how to run  the setup script a second time.

2 people had this problem
I have this problem too
Labels:
0 Helpful
Share
Reply
3 Replies 3
jkelly006
Beginner
Options

Did you ever get an answer on this?  I am in the exact same position with my Prime installation. I want to make the second appliance an HA server now but don't want to have to go through the OVA provisioning 5+ hours....

Hopefully this helps, because there is literally no documentation out there for running this command.  Here is how to run the script...

Thanks so much DanLeeRankin. The usual method was not working in 3.3/3.4 and your shell command