Purpose of these Sessions:

For years, companies and IT organizations in particular have been struggling to drive costs out of the business while at the same time trying to accelerate their overall time to revenue and time to customer value.

In addition, there is are growing demands to identifying new ways of creating value and driving growth through innovation – and to do this in spite of the fact that the current global business environment is becoming increasingly complex and competitive.

As a result, today, more and more companies are turning to business strategies that are increasingly dependent upon automation.  It’s become almost a foregone conclusion that without automation, innovation quickly becomes constrained.  Without innovation, productivity begins to stagnate and without continual productivity improvements, few businesses can survive over the long run.

Understanding the Python language and network programming in general provides the network architect/engineer a software oriented “lingua franca”. This creates opportunities to align the needs of DevOps and software development communities with the requirements of providing robust and secure network and compute infrastructures.

No previous programming background is assumed - concepts are presented as a series of interactive, ‘follow-along’ sessions that cover the basics of network programming with Python.  The intent is to try to make these sessions as interactive as possible, so we encourage you to check out our post - on ‘Additional Background for DevNet1040, 1041 and 1042 seminars’ for videos and detail about the Python language and how to install Python on your own machine before you attend.

The training session consists of three parts.  These can be taken in order (from Part I to Part III) or taken individually.

Looking forward to seeing you! 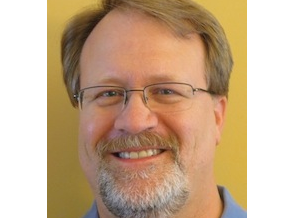 Hey Vince,
Looks like some great introductory learning material. Can you give a little more context, like: are they available to use now? If so, can you add some links? (Couldn't find them on DevNet.) (or are these coming soon to an event...) Also, you mention another post "Additional Background for DevNet1040, 1041 and 1042 seminars" - couldn't find that with a search. Add a link there as well?

Thanks. At your convenience.

Yes all of the background content is available now. I actually submitted 2 posts; the first just describes the seminars the 2nd has the link and spreadsheet of all the videos – I guess it just hasn’t made the official post yet. 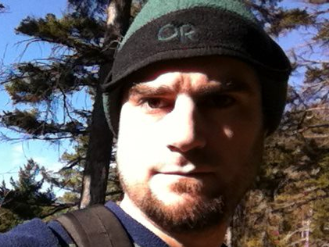 I also recently uploaded some background material on crypto on the box site in a new folder called. \PartIV Devnet Sessions\crypto\

The intent is to add more material about some of the concepts and topics we cover during the session (in addition to the python language background that's already out there) over time.

Let me know if its useful.

Could you please share link to these sessions so , I can get benefit of these.

Cant locate the links for the sessions mentioned, can you please teach how to access the content.

Login to www.ciscolive.com, if it's recorded it will be there.

Latest Contents
XSI & CTI schema files for R24 (2020.07)
Created by RasmusSchram on 02-26-2021 06:34 AM
0
0
0
0
HiI am unable to find the schema files for XSI and CTI that correspond to the BroadWorks R24 release. I have tried here and in Broadsoft Xchange with no luck. Can you please send them to me. Thanks Best regardsRasmus Schram
YangSuite to connect to a device via a jump host
Created by peeyushpd29 on 02-25-2021 01:18 AM
2
0
2
0
My Cisco device is not directly accessible from the system where I am running the yangsuite, so I usually use an intermediate jump host to reach the device. I can connect to the Cisco device from the shell using the port forwarding as belowssh -L 830... view more
Single Sign On without using java
Created by lvj00000111 on 02-24-2021 07:17 AM
0
0
0
0
I'm looking to implement Single Sign On for use with the webservices, but it seems this is only possible in Java?https://github.com/CiscoDevNet/uccx-sample-code/blob/master/ids-sample-code/SampleIdSClient.java I started out from the Cisco_Finess... view more
RMA POWR TOOL API
Created by AseemAnand on 02-17-2021 05:18 PM
0
0
0
0
Hi Experts, We are a Cisco Partner hosting lot of HCS customers and our team is looking to automate the RMA creation process. I checked the Cisco DevNet website and found the below URL but it only has a list of GET requests: https://tinyurl.com/... view more
PCCE 12.5 - Finesse agent unable to tranfer or end task prop...
Created by dwehbe on 02-15-2021 02:10 AM
0
0
0
0
In Sandbox: Packaged Contact Center Enterprise 12.5I am trying to listen to XMPP message from socialminer 12.5. Accept and start notifications are working but transfer and end task are not sending back socialminer messages. Error: <errormessage>conn... view more
CreatePlease login to create content
Discussion
Blog
Document
Project Story
Video
Related Content
Discussions
Documents
Events
Videos
Project Gallery
Content for Community-Ad