Rather than using inline vlan pairs on-a-stick style, passing all traffic up and down just one cable i thought i could setup a Inline interface pair and have it so on one of cables trunk the ingress vlans and on the other have the egress vlans i guess you could call them. So in the same way that the manual says the inline vlan pair mode works but rather than hairpinning on one cable have traffic come in on one and out on the other.

With this setup i can't see that there is any config needed on the IPS to make it work? Just setup the switch ports to trunk the correct vlans to the relevant link in the interface pair?

As you can see in the diagram, to use all 4 cables i'd have two inline interface pairs configured with the same vlans so i am thinking that spanning tree would block on the other pairing ?

Labels:
Preview file
32 KB
1 person had this problem
I have this problem too
0 Helpful
Reply
5 REPLIES 5 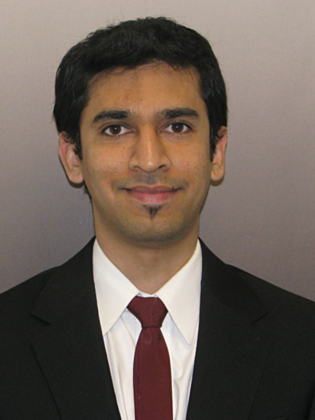 There is no notion of Vlan on the IPS itself. In inline interface pair say AB, whatever traffic in whichever vlan comes in on IPS interface A simply goes out of IPS interface B.

If  the paired interfaces are connected to the same switch, you should  configure them on the switch as access ports with different access VLANs  for the two ports. Otherwise, traffic does not flow through the inline  interface.

Beginner
In response to Siddharth Chandrachud

I've configured the switch ports as access ports but unfortunately it won't work and i'm not sure if it can work. The problem is on one of the VLANs i have configured a SVI which confuses the switch in that it doesn't know where to route traffic.

The problem is that because the switch is configured with the SVI it's routing table points all traffic for the 10.64.9.120/29 subnet out the vlan 440 interface. I did run 'packet display' on the IPS and i could see some ARP whois messages but the pings failed. I 'm guessing this is because the switch never send the traffic over the trunk to the other switch.

hopefully that makes some sense. Can anyone suggest how i can make this work ?

Cisco Employee
In response to scottmcgillivray

In that case switch does intervlan routing directly and packet forwarding is done internal to the switch.

No traffic will ever pass through the ports connected the IPS.

Is there a specific reason why you wish to connect the two ports on IPS on same switch.

If you wish you do this, you will need a method to force the traffic to out of the interface connected to the IPS.

For that, you need 2 Vlans sharing one common ip subnet.

One vlan has SVI and that SVI is default gateway for both vlans.

This is for IDSM in inline mode, but the principle remains the same.

Beginner
In response to Siddharth Chandrachud

thanks for the info, using that IDSM article as a reference when you move the GW for Vlan 100 into the new vlan 300 so traffic is routed via the IPS.. should client A be able to ping the GW and vice versa?

I have setup things as per the article and doing 'packet display' on the IPS i can see arp-who is messages going over the inline pair links but the vlan 300 SVI never seems to get the arp or at least doesn't seem to reply to the ping.

I  tried also pinging the client A from the switch using the vlan 300 SVI  as the source which i expected to arp for the IP by going up the vlan  300 link, through the IPS and down the VLAN 100 link but that fails  also.

do you think this should work ?

Beginner
In response to scottmcgillivray

Was your issue resolved? How did you resolve?