Cisco Community
English
Register
Login
We're here for you! LEARN about free offerings and business continuity best practices during the COVID-19 pandemic
RegisterLogin
Options
Turn on suggestions
Auto-suggest helps you quickly narrow down your search results by suggesting possible matches as you type.
Showing results for
Search instead for
Did you mean:
357
Views
0
Helpful
2
Replies
Highlighted

Considering using the SSM-20 modules in our 5520's configured in an Active/Standby configuration.

I have a question.. in 8.3 cisco did away with the need to have duplicate licenses for things like SSL VPN, is the same true for the SSM-20 signature files etc..?? or do I need to purchase two service contracts (one for each SSM in the 5520 pair)?

Labels:
I have this problem too
0 Helpful
Reply
2 REPLIES 2
Highlighted
rhermes

Unfortunately you will need to buy two IPS licenses.

Cisco never created any sort of High Availbility IPS feature. All IPS sensors are considered (and licensed as) standalone sensors. This means problems foryou if you are running an Active/Active HA of your ASA's because there is not state schronization between the two IPS Sensors (unlike in the firewalls). If you traffic is asynchronously passed out one rail and returns thru the other, your IPS sensors will miss and possibly drop packets. 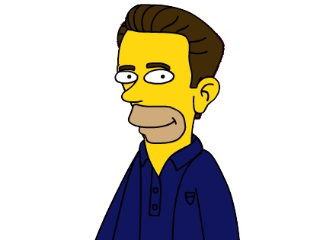 Adding to Bob's reply... yes, each sensor module will need a valid, non-expired .lic license-key file installed. License-key files are tied to each sensor's unique serial number, so they are not directly interchangeable between sensors (though, the entitlement can be transferred and a new file issued for a replacement sensor in the case of an RMA, etc.).

Adding to Bob's reply... The sensor modules themselves are not aware of the ASA's Active/Standby or Active/Active situation, they each simply inspect the traffic passing through the ASA unit they are installed in. In an Active/Standby deployment, there is not really a tangible impact due to this as if/when the ASA fails over, the other sensor module (installed in the now-Active (previously-Standby) ASA) begins receiving and inspecting traffic in place of the previously "Active" module. Since the ASA itself/themselves handle traffic normalization (not the sensor modules), this design does not generally cause a "state" or "connection tracking" problem for the sensor modules.

Since the sensor modules do not replicate/synchronize their configuration (as the ASA failover pair units do), you do have to ensure the two (2) sensor modules' configuration is maintained as consistently as possible (to ensure consistent behavior in the event of an ASA failover). This is currently a manual process unless you are using CSM (Cisco Security Manager), which allows you to assign policies to your managed devices and make changes to the policies (instead of directly to each sensor device). In that situtation, CSM can deploy the policy changes to both sensor modules (and thus, you only have to make the changes once (per policy) vs. twice (per sensor)).

0 Helpful
Reply
Latest Contents
AnyConnect Syslog Configuration Example
Created by pcarco on 04-07-2020 10:54 AM
0
0
0
0
This article is intended to be a simple example of configuring AnyConnect relevant syslog messages to be sent from the ASA to a Syslog server.  The syslog server in this example is Spunk but almost any syslog server should be do the job.   The ... view more
NGFW Sprint 2020 Release is Here!
Created by suhegade on 04-07-2020 02:48 AM
0
0
0
0
NGFW Spring 2020 Releases   It’s official! FTD 6.6, ASA 9.14.1, and FXOS 2.8 have been released. We want to thank the hundreds of team members for the tens of thousands of man-hours dedicated to driving this critical release over the finish line. 120... view more
cisco duo integration anyconnect ssl vpn
Created by elite2010 on 04-05-2020 10:59 AM
1
0
1
0
Hi,I was trying to 2fa cisco duo , all the required settings done  as per below . The problem is duo cloud  does nti not getting any request from the asa . So I am not getting any code from the duo https://www.youtube.com/watch?v=6nEvmc8wji... view more
Community Ask Me Anything event- Configuration, Troubleshoot...
Created by ciscomoderator on 04-03-2020 05:38 PM
0
0
0
0
This event continues the conversation of our recent Community Ask Me Anything event "Secure Remote Workers". To   participate   in this event, please use the   button   to ask your questions Here’s your ch... view more
Cognitive Release Note, March 2020: Additional annotations i...
Created by aligarci on 04-02-2020 12:05 PM
0
5
0
5
User Experience Enhancements As part of the Cisco Common User Experience program, we are working towards a more uniform user experience and terminology alignment. This program runs across all Cisco security products.   Early Access introduces a... view more
CreatePlease login to create content
Discussion
Blog
Document
Video
Related Content
Discussions
Blogs
Documents
Events
Videos
Content for Community-Ad