In large service provider and Enterprise networks, some distribution-layer routers often have a large number of interfaces, for example, at the WAN edge. A common practice to facilitate the configuration of a routing protocol on such routers is to enable the routing processes on a network range matching several of the interfaces. While this technique facilitates the configuration of the routing protocol, enabling routing indiscriminately on several or all interfaces may increase the chances for the insertion of unauthorized routing peers. Also, unnecessary routing protocol exchanges increase CPU overhead on the router.

To prevent these problems, one can set all interfaces as passive by default with the 'passive-interface default' command. This command changes the configuration logic to a default passive; therefore, interfaces where router adjacencies are expected need to be configured with the 'no passive-interface' command. Setting an interface as passive disables the sending of routing updates on that interface, hence adjacencies will not be formed in OSPF. However, the particular subnet will continue to be advertised to other interfaces. 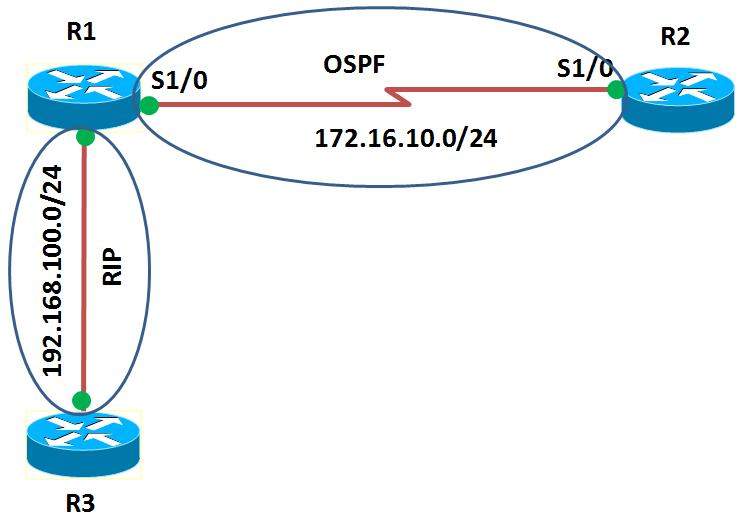 To verify that interfaces on your network have been set to passive, use the command show ip ospf interface and look for the report indicating "No Hellos (Passive interface)". The output will be like below: 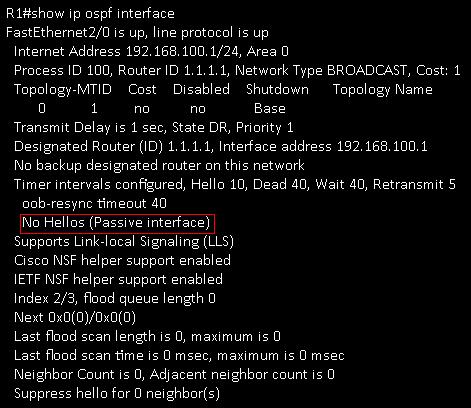 Have a small question on this topic.

Scenario : In a carrier class MPLS cloud,i have two Provider (P-X and P-Y)) routers running MPLS with OSPF as an IGP. Now i want to do some maintenance in one P(say P-Y) router and i would like to take if off from Network before doing it.

In this case,we can passive the ospf interface at P-Y and disable passive once maintenance on P-Y is complete.

Question : Even when i passive the ospf interface, P-Y should have P-X interface ip 1.1.1.1 in its routing table and since only ospf in passive BUT interface in still UP,can it blackhole the traffic by forwarding it to 1.1.1.1 ?

Ospf passive will just ensure that no hello's are exchanged but it will not retrieve the interface ip address from routing table.

Hope i explained the scenario and would appreciate if you respond with your feedback.

Latest Contents
Why are loopback interfaces used?
Created by cosimodagostino on 08-03-2021 01:23 AM
0
0
0
0
I have read that they are used for router id election or to check if the router is active. If the router has all its interfaces turned off what do I need to ping the router interfaces? the interfaces are all off ..... Besides these reasons, are there any ... view more
N9K crashing every months
Created by axelhauguel on 08-03-2021 01:00 AM
1
0
1
0
Hello, I'have a nexus Nexus9000 C93180YC-FX. I using it to do BGP and some small routing. It crashing every months, with error :   edge01.par9k# show ver Cisco Nexus Operating System (NX-OS) Software Software BIOS: version ... view more
Configure my Cisco RV340 Dual WAN Gigabit VPN Router
Created by ak841995 on 08-03-2021 12:57 AM
1
0
1
0
Hii, I have recently purchased RV340 Dual Wan Giga router for my office space which I intend to use with the existing 2 ISPs. The problem I am facing is that my primary ISP  ( Airtel Xstream Broadband ) let's say ISP1,  provides an inbuilt GPON ... view more
Binding loopback interface with physical interface
Created by AbuRafay63 on 08-03-2021 12:47 AM
0
0
0
0
Dears, I have a query that i saw one option of "bind interface(Gigabitethernet 0/0/0)" while configuring loop back WAN link. Interface Loopback1tunnel-interfaceencapsulation ipsec color private1 bind Gigabitethernet 0/0/0what does it m... view more
orbi login | orbilogin.com | Netgear orbi login setup
Created by 00u1ecr9emQYRJ49I5d7 on 08-03-2021 12:40 AM
0
0
0
0
With the help of the orbilogin.com web interface, a user can set up a Guest network that allows visitors visiting your home to use the Internet without typing the Wi-fi password in the provided field. Creating a guest network is a smart way to allow users... view more
Create ContentLogin to create content
Question or Discussion
Blog
Document
Project Story
Video
Related Content
Discussions
Blogs
Events
Videos
Project Gallery
Content for Community-Ad