How To Configure Posture with AnyConnect Compliance Module and ISE 2.x 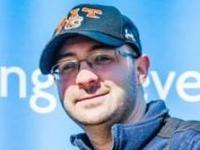 This document describes how to configure the Cisco Adaptive Security Appliance (ASA) Version 9.2 and above in order to posture VPN users against the Cisco Identity Services Engine (ISE) utilizing a natively installed AnyConnect client and Compliance Module.

Cisco recommends that you have knowledge of these topics:

The information in this document is based on these software versions:

Starting with Cisco ASA Version 9.2.1, support for RADIUS Change of Authorization (CoA) (RFC 5176) was added. This allows for posturing of VPN users against the Cisco ISE without the need for an IPN, and can be natively done with the Cisco AnyConnect Secure Mobility Client with AnyConnect Compliance Module. After a VPN user logs in, the ASA redirects web traffic to the ISE, where the user is provisioned with AnyConnect and its Compliance Module. AnyConnect then performs specific checks on the user machine in order to determine its compliance against a configured set of posture rules, such as Operating System (OS), patches, AntiVirus, Service, Application, or Registry rules.

The results of the posture validation are then sent to the ISE. If the machine is deemed complaint, then the ISE can send a RADIUS CoA to the ASA with the new set of authorization policies. After successful posture validation and CoA, the user is allowed access to the internal resources.

Here is the traffic flow, as illustrated in the network diagram:

Tip: The Domain Name System (DNS) servers that are assigned to the VPN clients must be able to resolve the Fully Qualified Domain Name (FQDN) that is returned in the redirect URL, if the FQDN is used. If the VPN filters are configured in order to restrict access at the tunnel-group level, ensure that the client pool is able to access the ISE server on the configured port (TCP 8443 in this example).

Note: The RADIUS CoA is always confirmed; that is, the ASA sends a response to the ISE in order to confirm.

More information on basic configuration of remote access VPN is available with the vpnsetup command.

! A local pool will need to be configured for clients which will be terminated on the ASA, providing them

! an IP address to use in their routing. This is a standard configuration for remote access VPN

!  Outside interface to face the service provider through which clients will connect

! Inside interface, which will also be used to connect to the ISE server, as a radius server.

! server, triggering the posture assessment.  Deny statements should be configured as the first lines,

! specifying the DNS, DHCP, ISE PSN, and ISE PAN servers.  These servers will be denied from the

! redirection, allowing for traffic to hit these servers without triggering posture.  This is desired to

! prevent a loop in logic, such that traffic to the PSN needs to be redirected, but is redirected continually

! rather than reaching the PSN.

! PSN in our example

! PAN in our example, not necessarily needed beyond testing

! DNS Server in our example

! Permit all other traffic to be redirected, triggering posture check

! Default route to our service provider for all traffic

! Configure the RADIUS AAA server.  Options include interim accounting updates being sent every 3

! hours, and dynamic authorization to allow for a COA to be sent to the VPN client.

! Definition of the RADIUS AAA Server and it’s interface based location

! Definition of the HTTP server to allow for ASDM access to the device is required.

! Enable the SSL VPN to connect via webvpn

! in this section are important to ensure that we can reach the PSN when doing the redirection, as

! configured in the AnyConnect Configuration in ISE.

! This username will do NOTHING in regards to posture.  Remember that our authentication and

! authorization will be done through ISE as configured.  The command “authorize-only” can be used in

! the aaa-server configuration if authentication should be done through a separate means.  This

! username was purposely added for illustration and device administration.

! Refer to the local pool created above

! Set authentication and authorization to the ISE Server defined above

! Set the accounting server to ISE for start-stop information

! If the group URL isn’t set in the webvpn attributes below, you may see an error in authentication

These lists will be applied to traffic as it originally terminates on the ASA and the ASA reaches out via RADIUS to be authenticated and authorized.  At least two Access lists will need to be created for this task:

This access control list allows for access to whatever resources the endpoint should be allowed when not authorized to the network.  This is typically access to a remediation server which hosts resources for the endpoint to become compliant.  In addition, DNS, DHCP, and the PSN are all recommended to be allowed to ensure that resolution for the remediation can occur.  Typically, this access control list looks like the following:

! Permit access to only a DMZ based remediation server

A redirection DACL is NOT needed on the ISE deployment or as part of the ISE configuration within the dynamic access control lists area.  The redirection ACL is configured on the ASA and pushed down to the ASA via RADIUS to apply to the endpoint session, allowing for access to the PSN, DNS, Remediation Server, and similar resources.

The non-compliant posture profile is used for a client which is not compliant to the requirements which have been configured within Cisco ISE.  The behavior of ISE in this manner is slightly counter intuitive to some system administrators, as during the countdown which is provided to remediate the non-compliant workstation, the endpoint remains in a redirection or unknown compliance state.  Only after the countdown expires and an endpoint is not in compliance with the policy configured within ISE, will the session be put into a non-compliant state.

Posture requirements are conditions configured by the ISE administrator to determine what a “compliant” endpoint is.  These conditions take many forms, and for each form will have a different configuration syntax which will need to be populated.  The conditions available within ISE 2.0 include the following:

For more information on supported conditions for the type of endpoint and client, refer to the following link:

The remediation allows for an automated or manual remediation of the non-compliant condition which the endpoint is currently under.

For remediation actions such as Windows Update Remediations, Windows Update settings can even be changed in case the end user has disabled windows update on their endpoint.

In addition, the Compliance Configuration Profile within the ISE Posture drop down, AnyConnect update deferment, and whether the user should have their NAC client uninstalled are all referred to and configured in this area.

The AnyConnect Compliance Module file is the file which will be pushed down to the installed AnyConnect package to check compliance. This is pushed down to the Headend AnyConnect Deployment package which was added in the previous steps from CCO. However, this file is downloaded through the “Add Resources from Cisco Site”.  Note that multiple versions of this file may exist, and the correct module should be added for the installed version of AnyConnect, otherwise a “Failed to download compliance package” error message may be observed.  Where need be, this file can also be downloaded from the AnyConnect 4.x -> ISEComplianceModule area of CCO as well.

The Supplicant Provisioning Wizard is downloaded based on the operating systems which will be doing posture on the end user network.  This Wizard is an agent which will deploy the AnyConnect and Compliance modules through a small download when a user in an unknown posture state due to not having AnyConnect is detected.  This is triggered when the endpoint opens a web browser on an unknown compliance workstation to try to access the network, and is greeted by a client provisioning portal. This portal is hosted on the PSN, and is typically one of the few resources an unknown compliance workstation has access to, as per the DACL’s configured in the Authorization Profile configured previously.

Utilizing the requirements configured in previous steps, the posture policy is now configured to determine what a client requires to be in compliance with the ISE policy for posture.  This configuration refers back to the requirement configured in Conditions, as well as the operating system and identity group, if applicable.

Once the endpoint has been evaluated utilizing the requirements, had the AnyConnect and Compliance modules installed via the resources, and had the modules configured with their respective profiles, the authorization profile is finally hit now that a result has been reported back to ISE.  The Authorization policy will assign the proper results to compliant and non-compliant endpoints, as configured in the Authorization Profiles and DACLs configured in previous steps, or redirect the endpoint through a Redirection URL to the client provisioning portal for download of AnyConnect, the Compliance Module, and proper configuration files.  Each of these authorization policies will refer to the session posture status as a condition, equaling compliant, non-compliant, or unknown.

This policy will be based on the operating system to which the client should be deployed, and will typically utilize the AnyConnect configuration, the Supplicant configuration wizard, and ISE Native Supplicant Provisioning Policy, all of which were either pre-populated, or configured in previous steps.

I was wondering about the command "merge-dacl before-avpair" that why do we need this?

I compared couple of other documentation of ISE Posture w/ ASA for VPN users but didn't find this.

What is the use-case require this now? Can someone explain it ?

Latest Contents
Azure AD SAML Cisco ASA AnyConnect
Created by James Lytle on 05-18-2022 02:57 PM
0
0
0
0
I have 2 ASA firewalls that I am configuring the AnyConnect app in Azure AD. Firewall A works fine, SSO takes care of autologon using MFA in Azure AD. Firewall B also works, but differently.  SSO still handles the autologon using MFA in Azu... view more
ISE 2.6 Sizing
Created by JSS73 on 05-18-2022 02:12 PM
1
0
1
0
I have read the sizing docs and watched the Cisco Live presentations, but I am still confused about the number of active endpoints, total endpoints, total active sessions etc. per deployment and per PSN. If I have the following ISE 2.6 deployment all... view more
AnyConnect MFA failing with secondary password field
Created by Schubert1979 on 05-18-2022 12:56 PM
0
0
0
0
I have a problem where I am getting failed authentication using a One Time Password. I need the AnyConnect window to display username, password, and "Enter MFA Passcode". The user will enter their username, password and a six digit PIN from their MFA appl... view more
ACLs and FQDN Not Working - Cisco ASA
Created by Jhon Fredy Herrera Osorno on 05-18-2022 12:36 PM
2
0
2
0
Hi team,I  can´t make that access-lists works with FQDN.when i do show access-list the output show (unresolved) any (inactive) ASA CODE is Cisco Adaptive Security Appliance Software Version 9.12(4)38here is the configacl,asa,fqdnasa dn... view more
Deploy multiple rules in FMC
Created by Secure_M10 on 05-18-2022 11:01 AM
0
0
0
0
I have a requirement where i need to deploy 50 rows in an excel on FTD devices added in an FMC..is there any way i can do this via FMC-API or a script ? i am not very versed with FMC-API and it is very troublesome to create large no. of rules in an FMC&nb... view more
Ask a Question
Create
+ Discussion
+ Blog
+ Document
+ Video
+ Project Story
Find more resources
Discussions
Blogs
Events
Videos
Project Gallery
New Community Member Guide
Related support document topics