Turn on suggestions
Auto-suggest helps you quickly narrow down your search results by suggesting possible matches as you type.
Showing results for
Search instead for
Did you mean:
Create a new article
Options
16675
Views
10
Helpful
1
Comments

This Document is created by TAC Expert from AAA team Anubhav Gupta.

A different token code is generated at fixed intervals (usually each at 30 or 60 seconds). The RSA SecurID server validates this dynamic authentication code. Each RSA SecurID token is unique, and it is not possible to predict the value of a future token based on past tokens.

Thus when a correct token code is supplied together with a PIN, there is a high degree of certainty that the person is a valid user. Therefore, RSA SecurID servers provide a more reliable authentication mechanism than conventional reusable passwords.

You can integrate with RSA SecurID authentication technology in any one of the following ways:

•Using the RSA SecurID agent—Users are authenticated with username and passcode through the RSA's native protocol.

To authenticate users against an RSA identity store, you must first create an RSA SecurID Token Server in ACS and configure the realm, ACS instance, and advanced settings.

ACS 5.3 supports only one RSA realm. You can configure the settings for the RSA realm. A single realm can contain many ACS instances.

Step 1: RSA administrator needs to create something called “Authentication Agent”. This is basically a DNS name and IP address of a device/software/service that has rights to access RSA database. For our needs, RSA admin has to create two agents for our two ACS instances. Within “RSA Security Console”, under the “Access->Authentication Agents->Add New”.

Both DNS forward and reverse lookups for ACS agents should work. The agent type is “Standard Agent”:

This is what we will see after adding agents:

The default values can be used: 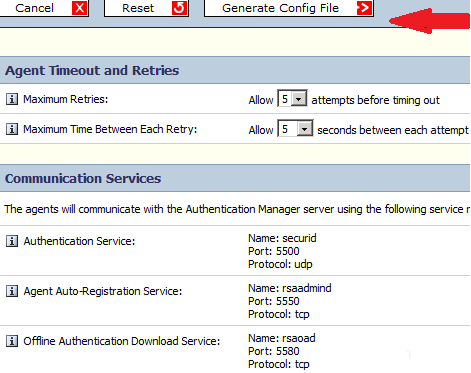 This .ZIP file contains actual configuration or “sdconf.rec” file. This file is needed by ACS admin to complete his/hers tasks.

Configuration on the ACS 5.x server 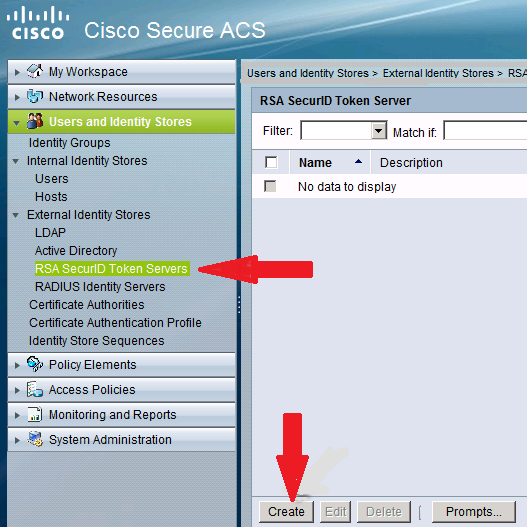 Step 6: Give the name of RSA server and then Browse the “sdconf.rec” file that was downloaded from the RSA server. 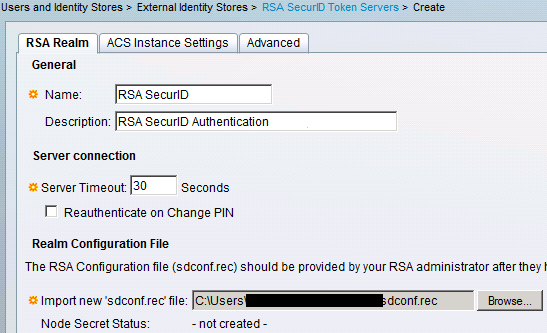 After a file is selected, admin clicks “Submit”.

Note: Now first time the ACS contacts token server, another file called a “node secret” will be created for agent (ACS) on RSA AM and downloaded to the ACS. This file is used for encrypted communication.

Second From the ACS logs: 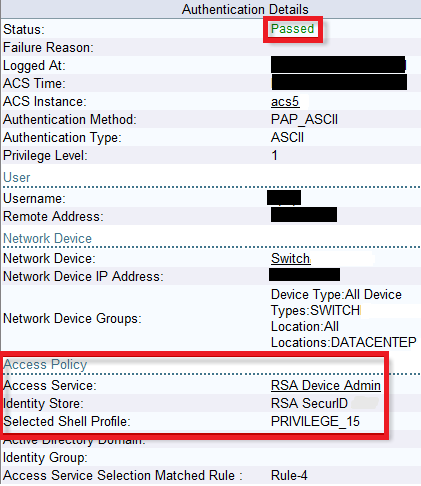 RSA SecurID Agent automatically balances the requested loads on the RSA SecurID servers in the realm. However, you do have the option to manually balance the load. You can specify which server each of the agent hosts must use and assign a priority to each server so that the agent host directs authentication requests to some servers more frequently than others.

You must specify the priority settings in a text file and save it as sdopts.rec, which you can then upload to ACS.

Manually Intervene to Remove a Down RSA SecurID Server

When an RSA SecurID server is down, the automatic exclusion mechanism does not always work quickly. To speed up this process, you can remove the sdstatus.12 file from ACS.

I think the information you are looking for below:

Beginner
After configuring the RSA appliance and the ACS, what configuration changes are required on the devices? Can you provide a sample? Thanks,
Getting Started