This document was written at the time when 5.3.4 was about to be released. Hence the SW recommendation for BNG deployment has changed. Please refer to https://supportforums.cisco.com/t5/service-providers-documents/ios-xr-release-strategy-and-deployment-recommendation/ta-p/3165422.

The supported BNG scale specified in this document stands for all 32-bit (aka Classic) IOS XR releases, regardless of the line card generation (Typhoon, Tomahawk) or RSP generation (RSP440-SE, RSP880-SE) because the limit is imposed by the max memory that a process can address. Higher BNG scale requires the 64-bit (aka Enhanced) IOS XR, which also implies Tomahawk and RSP880-SE.

The purpose of this document is to share the information about the BNG scale tested within the System Integration Testing (SIT) cycle of IOS XR releases 5.2.4 to 5.3.4 on Cisco ASR9000 platform. This is not the only profile in which BNG was tested at Cisco.

The scalability maximums for individual features may be higher than what is specified in this profile. The BNG SIT profile is provides for a multi-dimensional view of how features perform and scale together. The results in this document closely tie with the setup utilised for this profile. The results may vary depending upon the deployment and optimizations tuned for the convergence.

IOS XR release 5.2.4 is the suggested release for deploying BNG on the ASR9000 platform (until the XR release 5.3.3 is available).

IOS XR release 5.3.4 was posted on October 7th 2016. The XR release 5.3.4 is the Cisco suggested release for all BNG deployments. If your deployment requires features not supported yet in 5.3.4, please reach out to your account  team for recommendation. The scale numbers for 5.3.4 are identical to those from 5.2.4. The difference between these releases is in the supported features and level of BNG hardening cycles that we at Cisco have completed.

Note: starting with XR release 5.3.4 you can use RSP880 in BNG deployments on asr9k. The scale remains the same because the scale is dictated by line card capabilities. The supported BNG scale will increase with the introduction of BNG support on Tomahawk generation line cards.

Feature And Scale Under Test

BNG With MSE (RP based subscribers)

BNG Only (RP based subscribers)

BNG Only (LC based subscribers)

PWHE With BNG Only (RP based subscribers)

Thanks you for this summary Aleksandar, really appreciated.

What numbers should we look at for the ASR9001? You're hinting that 5.3.3 will be the next recommended BNG release, is that so? Are there any BNG scale improvements committed for 5.3.3 that would change these numbers?

5.3.3 offers more BNG features and stability, but it doesn't offer significant scale or performance improvements. That will come with BNG support on the latest generation of Ethernet linecards (Tomahawk), planned for later this year. 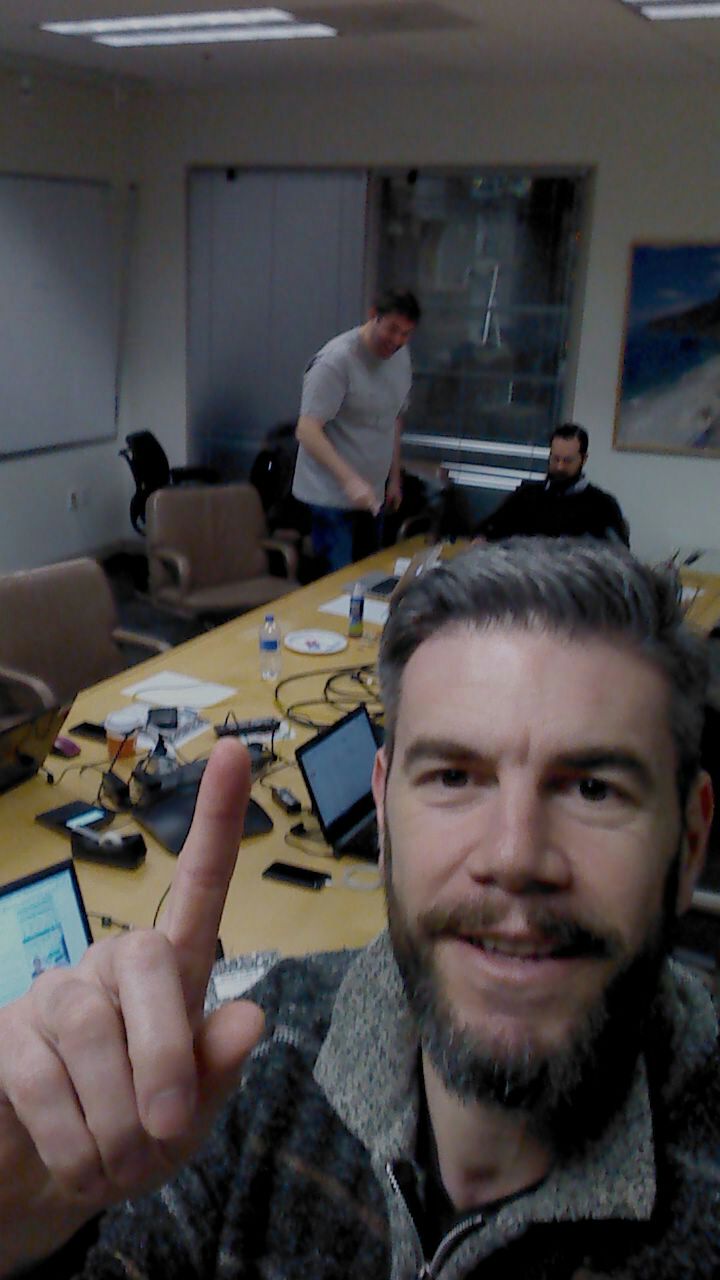 I was wondering if you coud tell me the BNG deployment guidelines on ASR9000 with release 6.0.1.

scale numbers have remained the same. We have been focusing on introducing many great new features. Higher scale per LC and per system will come with BNG support on Tomahawk line cards and RSP880.

thank you for he helpful guide,

one question if using A9K-36X10G-AIP-SE Line card  which contains 6 NPU's(not sure).

would it mean that it can support 256k sessions ? with or without QOS ?

there is a limit 64k of sessions per LC, irrespective of the number of NPs. This scale number will be higher on Tomahawk line cards. On Typhoon it will remain as is.

Hi Alex,.. I wonder if you could explain a bit more this parameter you showed in the table:

I meant in a bundle with two members only 2 thousand L3 subs can be configured?

I look forward to hearing from you asap

I hope this clarifies.

Alex thanks for you reply..

I will try to commit to this limits.

Two things are for me a bit weird, you know, that is 2,000 subinterfaces L3 and only 50 unique QoS policies. For what I understand under this scenario you recommend not to have on a bundle more than those figures.

these are 2000 BNG access sub-interfaces. On each of those you can have multiple BNG subscriber sub-interfaces, up to the max scale per NP (which is 32k/NP).

What is your deployment scenario? I would like to understand why 2000 BNG access sub-interfaces is not sufficient. Even in that case the 2000 is not a hard limit.

The same stands for the QoS policy. These are configred 50 unique policies, but each had multiple instances applied.

Thanks Ale, is clear for us the BNG scale up to the max scale per NP (which is 32k/NP).

Let me try to explain in some words how our network is working according issus of design.

There are mpls rings in the access connecting two or three uPE, the rings end on the MSE ASR9010 that has the BNG and PE function, for as multiservice bng. To separate those service we use differents pseudowires. The termination for HSI's pw is at the level 2 side of the hairpnning, at the other side of hairpinning we have the bba group in  bundle interface as our design is to protect pppoe session on the RPS. Now we are testing 6.0.1 to deploy pw-he and remove all the hairpinnings. A matter of design on this will be the amount of session the int pw-ether can support. So far we have 25.000 sessions for hairpinning to squeeze it at 80% more or less.

As well, we have some frontiers with a L2 Lanswitch which has many conections to PTN transport network where you can see some uPE at the other end. So at the ASR9K we have a 20G eth bundle (10G active+10G stand by)  as you can see it on the draw, with many subinterfaces, some of them are level 2 and others are level 3 with IP address. So my cuestion was addressed to know how many L3 subinterfaces can support because we could not test it yet.

That's all. Thanks for your answers.

The bundle L3 subinterface hard limit is 3800 per NP.

All of the above are uni-dimensional scale numbers.

If in MSE you are planning to go above the scale documented in the table at the top of the page, please make sure you test the desired scale in the lab.

This is a great doc, very helpful.

We have ASR9001 BNGs with RP based subs. Are the RP based subs here similar numbers to what we'd expect on the ASR9001, or does the RP tested here perform differently?

We don't have queues on all our subs - maybe 50%, so QoS chunks are only consumed for some customers. I presume the 32k limit that is often stated for the ASR9001 is because of QoS chunks, though I don't have anything to back that up.

We currently have a redundant BNG that has no subscribers on it, but one of our active BNGs is at 31k subs - none of these subs have shapers, so no QoS resources are used. If we can go past 32k unshaped subs on this BNG it would mean we don't have to alter our resiliency model in the interim before adding more BNG capacity.

About 50% of the subs on this BNG that's about at capacity don't even have RADIUS accounting, if that makes much difference.

Latest Contents
Buy American Act
Created by Techman2021 on 05-14-2021 06:50 AM
1
0
1
0
Does anyone know if Cisco SFP's or Cisco hardware in general is Buy American Act Compliant?
xconnect
Created by vin.marco on 05-14-2021 02:19 AM
8
0
8
0
Hi guysI have to configure an xconnect between a PE with ios XR version and a PE with ios XE version.The scenario is as follows:  I have 2 switches that have vlan, in this case 100, which must communicate through an MPLS network.The MPLS network... view more
VPNV4 label allocation
Created by dfauluchi on 05-13-2021 02:16 PM
10
0
10
0
Hi! I have a question about label allocation. I can't figure out how can I controll this behavior. I have a few PEs, all of them ASR9010.There's one that allocates a new local label for each vpnv4 prefix it receives from RR, even if label mode p... view more
BNG bundle load balancing
Created by Vladimir Pysarenco on 05-12-2021 10:57 PM
0
0
0
0
Hi all!! We are using ASR9001 for BNG. It's connected to ASR9010 with bunble 4x10G.To police users traffic correct, on BNG bundle subinterfaces this command it presented: bundle load-balancing hash dst-ipThis is for users download. For upload we... view more
NSR Disabled on standby RP
Created by jon_panes24 on 05-12-2021 12:59 AM
0
0
0
0
Hi, there are these syslog message that we occasionally get on our XR router with regards to BGP NSR going down on the standby RP. When we check the BGP neighborship or BGP NSR related commands were not seeing any flaps or anything unusual. Any parti... view more
Create ContentLogin to create content
Question or Discussion
Blog
Document
Project Story
Video
Related Content
Discussions
Blogs
Events
Videos
Project Gallery
Content for Community-Ad