Beyond Containers & VMs: An Introduction to Serverless Application Architectures 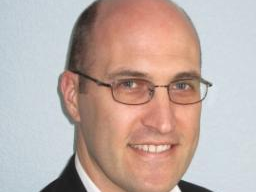 One thing that’s always constant about the tech industry is that it never stands still.  Physical servers have filled datacenters for years and as recently as the 1990’s, application architectures had to treat them with great care as a scarce resource, like pets, because they took months to refresh. Virtual machines then came along and originally intended to separate resource usage but since their creation time was on the order of minutes so developers could treat them like cattle, which gave rise to a different type of architecture that assumed compute resources could be created and destroyed at will.

The current wave of technology involves containers, which uses a different and lower overhead resource separation technique than the VM stage that preceded it.  As a result, application architectures are comprised of smaller pieces of functionality that bind to one another over APIs.  These “microservices” can take advantage of the seconds it takes to spin up a new container for autoscaling and disaster recovery purposes.  To continue the pets/cattle analogy this wave is sometimes referred to as “chickens” because containers are smaller and more portable than VMs.

Serverless: The Next Wave Beyond Containers

But what if you want to create an application architecture based on even smaller components than what you can accomplish with microservices?  What if you could load single purpose functions in milliseconds and chain a set of them together with a set of events?  How easy would it be to get started if you had a million free function executions per month and you only got charged by the function execution, not for idle time?

The next technology wave looms on the horizon – feathers, if you will – and it’s called Serverless or sometimes Functions-as-a-Service.  It might sound a little weird for a company like Cisco that sells servers to be talking about a technology called Serverless, but in a session at Cisco Live (DEVNET-1193 Tuesday, 6/27 1:00PM-1:45PM Classroom 2) Tom Davies ( thodavie ) and Pete Johnson ( petercjo ) will explain how servers are indeed still there underneath the hood of a Serverless application architecture.

We’ll be discussing how Serverless works, how you can take advantage of the growing ecosystem of services and frameworks in this space, and why you may or may not consider a Serverless approach, all before providing a demonstration of this emerging technology.

Cisco Live! is a great time to learn about new things and this session is a perfect opportunity to get your first exposure to the next step in the evolution of application architectures!

Latest Contents
XSI & CTI schema files for R24 (2020.07)
Created by RasmusSchram on 02-26-2021 06:34 AM
0
0
0
0
HiI am unable to find the schema files for XSI and CTI that correspond to the BroadWorks R24 release. I have tried here and in Broadsoft Xchange with no luck. Can you please send them to me. Thanks Best regardsRasmus Schram
YangSuite to connect to a device via a jump host
Created by peeyushpd29 on 02-25-2021 01:18 AM
1
0
1
0
My Cisco device is not directly accessible from the system where I am running the yangsuite, so I usually use an intermediate jump host to reach the device. I can connect to the Cisco device from the shell using the port forwarding as belowssh -L 830... view more
Single Sign On without using java
Created by lvj00000111 on 02-24-2021 07:17 AM
0
0
0
0
I'm looking to implement Single Sign On for use with the webservices, but it seems this is only possible in Java?https://github.com/CiscoDevNet/uccx-sample-code/blob/master/ids-sample-code/SampleIdSClient.java I started out from the Cisco_Finess... view more
RMA POWR TOOL API
Created by AseemAnand on 02-17-2021 05:18 PM
0
0
0
0
Hi Experts, We are a Cisco Partner hosting lot of HCS customers and our team is looking to automate the RMA creation process. I checked the Cisco DevNet website and found the below URL but it only has a list of GET requests: https://tinyurl.com/... view more
PCCE 12.5 - Finesse agent unable to tranfer or end task prop...
Created by dwehbe on 02-15-2021 02:10 AM
0
0
0
0
In Sandbox: Packaged Contact Center Enterprise 12.5I am trying to listen to XMPP message from socialminer 12.5. Accept and start notifications are working but transfer and end task are not sending back socialminer messages. Error: <errormessage>conn... view more
CreatePlease login to create content
Discussion
Blog
Document
Project Story
Video
Related Content
Discussions
Documents
Events
Videos
Project Gallery
Content for Community-Ad