Cisco Community
English
Register
Login
ANNOUNCEMENT - Email and Web Notifications will be off until 2/21/2020 while Security Community is being Re-Structured - LEARN MORE
RegisterLogin
Options
Turn on suggestions
Auto-suggest helps you quickly narrow down your search results by suggesting possible matches as you type.
Showing results for
Search instead for
Did you mean:
835
Views
8
Helpful
4
Replies
Highlighted

I am using BackTrack 5 to help monitor Bit Torrent since I have been completely ineffective in blocking it via my Cisco 5505 Firewall.  I have now seen several outbound TCP connections with the connection being to my firewall's IP address.  I am a rookie when it comes to using Cisco's rather clunky interface and am struggling with this.   I am a software developer with very few networking skills in a company of 5!  Can anyone help with the proper way to block bit torrent downloads on my Cisco asa 5505 or tell me why my BackTrack system is telling me that the firewall is connecting to the pirate bay?

Thanks in advance for any help you can give me!

Labels:
Everyone's tags (2)
I have this problem too
0 Helpful
Reply
4 REPLIES 4
Highlighted

One of the things I have to be beneficial on many levels is implementing a software which uses netflow to track traffic, Scrutinizer for instance.  You have all interfaces on the ASA monitored and create filters to look into almost anything crossing the ASA.  (Not to plug Scrutinizer, just found it to be the best.)

Another benefit is to use it to see what applications, users, etc are eating traffic.  I found a company which released new code to their web servers that did not compress pdf's after being generated, part of new code.  As a result we saw a significant portion of the network traffic increase, almost double, and would not have found the culprit had it not been for netflow. 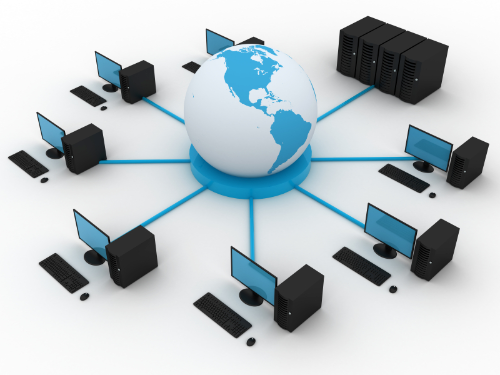 Ok, in many cases what these tools indicate are the PAT address the address that is used on the ASA to translate internal users so they can route out to the Internet to reach the destination IP. Post show tech, output that you are getting from you application so I can confirm but in many cases this is the reason.

Plain ASA just won´t do it, you can configure the ASA with websense server or N2H2 for web filtering or you can get an ASA CSC module but since the box is small and you have a small amount of people behind it maybe you won´t needed it.

Value our effort and rate the assistance!
3 Helpful
Reply
Highlighted

Value our effort and rate the assistance!
0 Helpful
Reply
Highlighted

Well, I solved the problem by just getting rid of the ASA 5505 and getting something with a more friendly interface.  The ASA was a clunky firewall is now just a paperweight (It performs better as a paperweight than it did as a firewall).  Thanks for trying to help guys.  My suggestion to others browsing this forum is to get something that doesn't require a PhD to work with.

0 Helpful
Reply
Latest Contents
Ise GUEST sponsored portal Information
Created by Zanga Ouattara on 02-19-2020 11:17 PM
0
0
0
0
Hello team I have configured guest access on ise which is working fine.But rigth now when requestion access, guest can put 4 numeric value in phone number fields. How to force use filling the account creation form with a minimum of 8  numer... view more
ISE Mydevices Portal customization (remove the column for pe...
Created by hernan.carmona on 02-19-2020 05:57 AM
0
0
0
0
QuestionHello , somebody  know if it´s possible to remove the device registration status from the MyDevices portal for the spanish page?By default the status is dispalyed (registered/Pending), this condition was fixed in the english page after load a... view more
ASA and FMC compatibility
Created by ibrahim.imad on 02-19-2020 04:12 AM
1
0
1
0
Dears, Please note that I have ASA 5515 running version 9.4.(4)20 and managed through FDM. In addition, I have FMC version 6.0.1.4 for the IPS. I need to upgrade the only the ASA to the latest supported version that work with the FMC version 6.0... view more
Ask Me Anything event- How to optimize your Cisco Security i...
Created by ciscomoderator on 02-18-2020 11:25 AM
0
0
0
0
To   participate   in this event, please use the   button   to ask your questions This topic is a chance to clarify your questions about Cisco Threat Response, from its components and new features to ... view more
Community Live slides- How to optimize your Cisco Security i...
Created by ciscomoderator on 02-17-2020 06:48 PM
1
0
1
0
Community Live Slides- How to optimize your Cisco Security investments with Threat Response (Live event - formerly known as Webcast-  Tuesday February 18, 2020 at 10 am Pacific/ 1 pm Eastern / 7 pm Paris) This event had place on Tuesday 18th, Februa... view more
CreatePlease login to create content
Discussion
Blog
Document
Video
Related Content
Discussions
Blogs
Documents
Events
Videos