I have configured IPSec site-to-site tunnel btw. cisco router and Cisco VPN Concentrator and everythink OK. I have a question, now if the clients behind Cisco router wants to access private site behind VPN Concentrator, they will use its name, but they can't because they need first to establish a tunnel, but this tunnel will not be established cause no public DNS server will resolve this private web server. How can we solve this issue?

Labels:
I have this problem too
0 Helpful
Reply
21 REPLIES 21
Highlighted

Just want to clarity with you that if there is a need still for this, as the user behind the router can use the lan-lan vpn between the router and the cvpn.

Beginner
In response to rating_is_vital

Yes, i read many documents but still did not find a good solution. 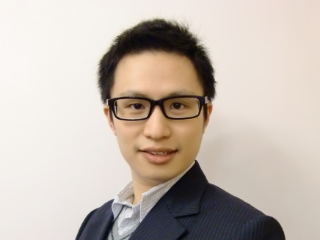 No, I'm asking how the client gets the remote site ip address before establishing the IPSec site-to-site tunnel to let the ios check if this ip address is permitted to establish a tunnel or not.

when a lan1 user clicks off an application that has a lan2 hostname as a destination, it sends a dns request to the local dns server. the server then responses with the a lan2 ip, which the router will be able to determine whether the tunnel should be initiated or not. making sense?

No dns server at lan1, lan1 user type a hostname and the IOS must determine first (before establishing a tunnel) if this hostname ip address is permitted to establish a tunnel or not.

Do you have an idea who the IOS do this?

Contributor
In response to paltel

Is there a DNS Server at the remote end atleast ? I have also heard you can do a local mapping but iam aint sure how

Beginner
In response to attrgautam

on the router, configure

To specify which protocols and ports the router forwards when forwarding broadcast packets, use the ip forward-protocol global configuration command.

then include the router wan ip as part of the lan-lan vpn.

1. lan1 user kicks off the app by hostname

2. router tries to resolve the name by contacting the dns

3. since router wan ip is part of the lan-lan vpn, the vpn should be initiated

Contributor
In response to jackko

Yeah i think that will work. Include the DNS server in your IPSec traffic, DNS request will get forwarded to the remote end DNS server. So your DNS query will trigger the tunnel. But for this , a DNS server is needed at the other end atleast

Beginner
In response to attrgautam

Thank you. Let us say the following:

LAN1 users configured for 1.1.1.1 DNS at this time, they must be configured for 10.5.5.5? But this will make the session active all the time since all the dns requests will be checked through this private DNS at LAN2.

I need from the IOS to check the ip address for any hostname if it is from the LAN2 ip addresses then this will trigger the site-to-site IPSec session, otherwise keep this session inactive and forward it to the internet. Is this possible?

not sure if it's possible. however there are cisco experts reading this forum every seconds around the world and no one seems suggesting the ios code. so maybe it's not very straight forward.

wondering how many user are we talking about. if only a few, maybe edit the local host file on the pc is an option.

Rising star
In response to jackko

just wondering how you go. figured out a workaround?

The best solution till now is to let LAN1 clients get LAN2 DNS (i configured DHCP at LAN1 router). This make the IPSec session to be active all the time.

Latest Contents
ISE 3.0 agentless posture
Created by wileong on 09-22-2020 01:57 AM
2
0
2
0
Hi,   Do we have any document around ISE 3.0 agentless posture. Techzone type document with steps. Besides, where can we download agentless posture module? Is it only available to download from ISE admin GUI, or is it available at CCO?   Thanks ... view more
Support needed for ISE Alarm: Dynamic Authorization Failed f...
Created by hashimwajid1 on 09-21-2020 09:29 AM
0
0
0
0
Hi, We are getting below Alarm on ISE frequently. we verified COA enabled on WLC and there is no impact on users as we didnt receive any complain from users. Dynamic Authorization Failed for Device : Server=ISE-1; Network Device Name=WLC WLC Firmware = 8.... view more
Cisco VPN Client - AnyConnect: connection problems
Created by ShamilaGul58174 on 09-19-2020 07:49 AM
3
0
3
0
the Cisco CPN Client for a long time to connect to a VPN Server. Now I've got a new machine with a Windows 7 64 bit. The Cisco VPN Client isn't avaiable in a 64 bit version. Cisco suggests to use Cisco AnyConnect instead because there'a 64 bit version ava... view more
How To: Splunk and ISE pxGrid Adaptive Network Control (ANC)...
Created by thomas on 09-18-2020 11:19 AM
2
2
2
2
May 2016Splunk is a powerful tool for analyzing information in your organization by collecting, storing, alerting, reporting, and analyzing machine data. With Cisco platform Exchange Grid (pxGrid) Splunk is able to proactively act on received network secu... view more
Enabling AMP on Content Security Products – Best Practices
Created by Robert Sherwin on 09-18-2020 11:19 AM
1
10
1
10
8/7/2018 Happy to announce that we have an updated version of our Enabling AMP on Content Security Products - Best Practices (v3.0).  Please feel free to review if you have questions regarding deployment of AMP (File Reputation and File Analysis). &n... view more
CreatePlease login to create content
Discussion
Blog
Document
Project
Video
Related Content
Discussions
Blogs
Documents
Events
Videos
Projects
Content for Community-Ad