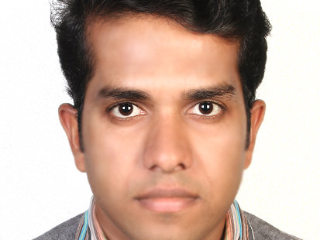 Networking can be defined in various ways, as per my view it’s a collection of devices (Routers, Switches, Bridges, Hubs or PC’s) that are tied together (physical cables like ethernet, serial, HSSI, T1/E1 or Fiber optic) so that it can communicate together.

Networking can be considered as a fabric that ties the business applications.

The applications may be Email/Database/HTTP/FTP etc…

·   What are all the pieces of network that ties the network elements?

Ok let’s drill further; cables will differ based on the connection types.

Eg: When it come to LAN – Local Area Network most commonly found cables are Ethernet and Fiber optic, but when it comes to WAN – Wide Area Network, cables may be serial, t1/e1, etc.

Fig below shows Ethernet cable – can be used to connect PC’s together or connecting PC to a Switch. 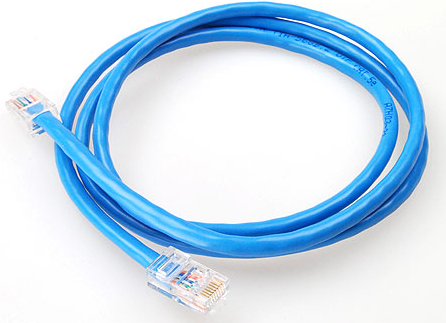 Fig below shows Serial Cable – used to connect to WAN 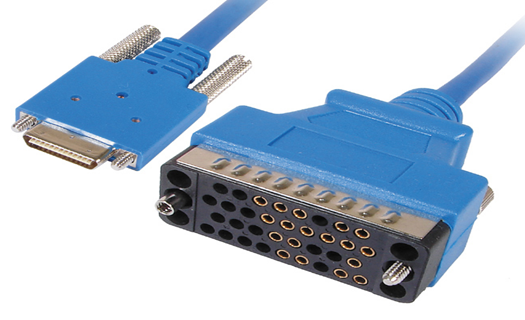 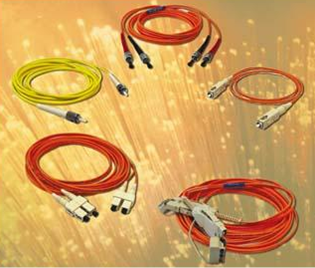 Lets have a look at the LAN and WAN after cabling, 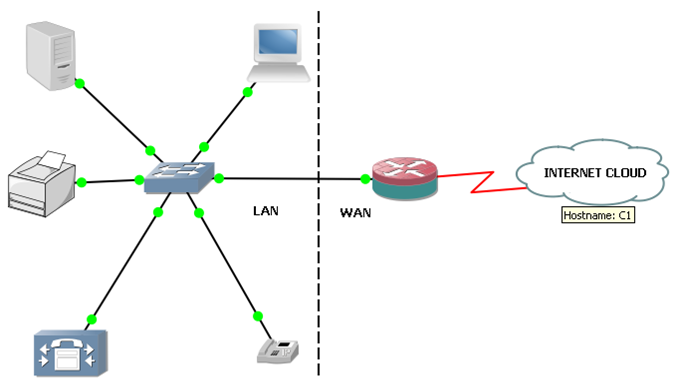 ·   So what’s the difference between LAN & WAN?

LAN – means Local – It makes your local devices to communicate together. Example: If you have two PC’s want to transfer a file, normally what we can do is take a cross over cable connect it directly between two PC’s NIC card (Network Interface Card – Visible on back side of your PC). But if the size of pc count increases for 2 to 5 then we need to go for a Switch/Bridge/Hub, which ties your PC’s together so that it can communicate each other.

·   What are the applications commonly run on LAN?

The common business applications are

When the application increases the problem is speed, so we need to know speed concepts.

On windows world if you type a character on a word or notepad for example: A, it takes up to 8bytes, so if one page or two pages if you type a content it will be some x amount of Kilobytes.

So let’s come to a conclusion, when it comes to networking the speed is measured in Megabits/second. Please note it’s not Megabytes!!!

Think you are having some x amount of PC’s, Switches, and Routers, how will you design a network?

Networks can be designed using the below forms,

Cable Modem use a Long thicknet cable, for individual home, thicknet is splitted it in to thinnet for Broadband access. 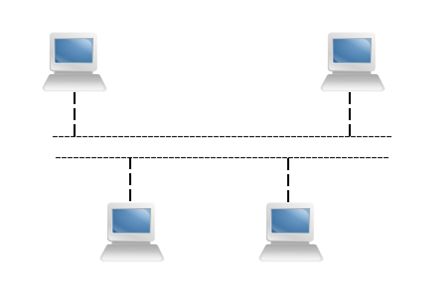 Star Topology – This kind of setup can be found on our LAN environments, - all pc’s are connected to switch as shown below. 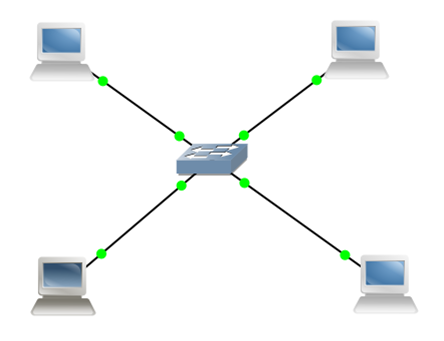 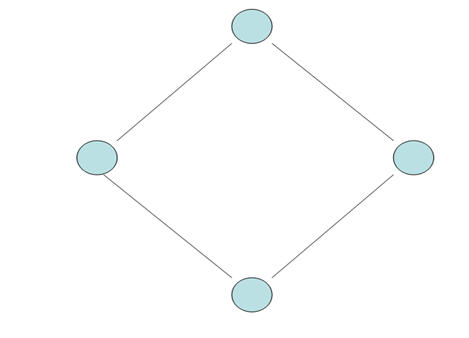 Think you have designed an end to end network, if any problems arise in the network it needs to be troubleshoot, ASAP.

So you need to know layer by layer function of each element in the network.

OSI model helps in finding fault – i.e., fault on which layer! & help to fix the issues in least possible time.

“Please Do Not Throw Sausage Pizza Away”

OSI helps to breakdown Network in to multiple functional elements.

Cables are the main medium in this layer.

On PC if you issue ipconfig command from cmd prompt you can see this address.

IP address – (which can be changed manually on interface of a router or switch).

This ip address is used by a Routing protocol like RIP/IGRP/EIGRP/OSPF/BGP or Static route to choose the best path around the network.