Cisco Community
English
Register
Login
Join us in congratulating October's Spotlight Award Winners!
RegisterLogin
Options
Turn on suggestions
Auto-suggest helps you quickly narrow down your search results by suggesting possible matches as you type.
Showing results for
Search instead for
Did you mean:

How to configure a GRE tunnel

The below diagram shows encapsulation process of GRE packet as it traversers the router and enters the tunnel interface:

The below example explain about how to create simple GRE tunnels between endpoints and the necessary steps to create and verify the GRE tunnel between the two networks.R1's and R2's Internal subnets(192.168.1.0/24 and 192.168.2.0/24) are  communicating with each other using GRE tunnel over internet.Both Tunnel interfaces are part of the 172.16.1.0/24 network.

First step is to create our tunnel interface on R1 and R2 :

Since GRE is an encapsulating protocol, we adjust the maximum transfer unit (mtu) to 1400 bytes and maximum segment size (mss) to 1360 bytes. Because most transport MTUs are 1500 bytes and we have an added overhead because of GRE, we must reduce the MTU to account for the extra overhead. A setting of 1400 is a common practice and will ensure unnecessary packet fragmentation is kept to a minimum.

After configuring tunnel,two tunnel endpoints can see each other can verify using an icmp echo from one end.

Workstations on either network will still not be able to reach the other side unless a routing is configure on each router.Here We will configure static route on both router. 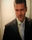 Good overview. Do you need to configure static routes or is dynamic routing (OSPF) sufficient for the tunnel to operate?

Yes,you can also use dynamic routing ,Only endpoint should be reachable i.e your source and destination IP. Dynamic routing and tunnels combination can be a dangerous.You need to be careful when using a dynamic routing protocol bcoz it cause a GRE tunnel to avoid the recursive routing error message, which brings down the tunnel. This happens because the routers need to have a good path through the network to carry the tunnel to its destination.Make sure that the routers never get confused and think that the best path to the tunnel destination is through the tunnel itself.you can refer this documents for the same

nice thanks for the config

nice one, simple and clear and easy to understand.

Thanks for this, but i want to ask, in your example, the internet ip addresses used, would one have to get them off an isp or one can just pick up any one?

For use on the Internet, you need addresses that are assigned by an ISP or the registry appropriate to your country (ARIN, RIPE, etc.).

I have an issue with a new GRE tunnel:

I can ping the tunnel source and destination addresses and the tunnel seems to be up, but I can't ping the endpoints...

I checked all configs and compared them to another working tunnel, maybe someone has an idea? :-)

as long as both of them have the route of the addresses used in the tunnel source and destination.

If you the tunnel is up and you are able to ping the tunnel source & destination ips then there is definetly an issue with the routing which is configured for the endpoints, you should check if the routes are configured rightly.

Thank you all for the possible answers. But it was another solution. Because of the tunnel vrf command I had left out. This would have worked if the used Loopback was part of the General/Generic/Unnamed vrf.

Thank you so much for the information and the explanation. It was so simple and straight forward.