Welcome to the new Cisco Community. LEARN MORE about the updates and what is coming.
Turn on suggestions
Auto-suggest helps you quickly narrow down your search results by suggesting possible matches as you type.
Showing results for
Search instead for
Did you mean:
Create a new article
Options
29058
Views
15
Helpful
1
Comments

Tracking is only for HSRP to detect some changes in the routing table. HSRP is not a real routing protocol it just provides a default gateway at Layer 2 and Layer 3.

Interface tracking allows you to specify another interface on the router for the HSRP process to monitor in order to alter the HSRP priority for a given group.

If the specified interface's line protocol goes down, the HSRP priority of this router is reduced, allowing another HSRP router with higher priority can become active (if it has preemption enabled).

To configure HSRP interface tracking, use the command:

HSRP will track the availability of interface serial 0/0. If serial 0/0 goes down, the priority of the router in group 1 will be decremented by 25.

The default value of the track argument is 10.

Tracking allows syncing the HSRP priority to the good state of one or more uplinks. So combining tracking and preemption HSRP Active role can be taken by the router with the best current connectivity to the core providing better performance.

In modern IOS we can track more than simple interface state. Interface tracking enables HSRP process to monitor additional interfaces, the status of which will dynamically change the HSRP priority (Active/Standby).

If you have two serial links to two different ISPs(assume primary/backup Internet connections) connected via two different routers, it would be interesting to have the serial interface connecting to your primary ISP tracked in order to minimize service interruption to your local users. If this serial interface goes down, your backup router can take over the gateway functionality to your local network, while maintaining the connectivity to the secondary ISP (backup). Users would still be able to access Internet via the backup router (through Secondary ISP) thanks to the interface tracking functionality in HSRP.

You can consider interface tracking as part of the 'Normal' HSRP.

It is possible to track more than one thing at a time within the same HSRP group. We can do interface tracking as well as IP SLA tracking within one HSRP group. Each tracked object will produce a priority decrement if it fails. This helps in scenarios where you want the active router to change role only when multiple events happen or if you want to track multiple aspects. 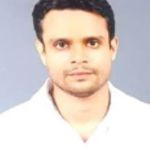 Yes in practical  or live environment we generally use hsrp in LAN enviorment  Which is helpful if there is any  direct link failure in LAN side . But most often problem happens on WAN side rather than LAN side .

So for an Example If there is an ISP link failure in Primary  so  we need to divert the traffic on secondary  but only with HSRP we cant achieve this same . so we  need to Track an object say  for an example any remote site route. So once link is down and that specific route which we are tracking will be not in routing table after some time then the track object will fail which will cause the primary router to decrease it hsrp priority and the secondary will be primary if preemption is configured .