Hi All, how do i set email alert on alarm/trigger that is shown on the stealthwatch dashbboard.

no one else uses this feature on Stealthwatch?

It was somewhat involved - but there was a couple of things a consulting engineer helped us with:

1. Classify the severity each of the Alarm Types for:  Informational, Trivial, Minor, Major, or Critical

We defined three different action rules - one for CRITICAL alarms, one for MAJOR alarms, and one for all other severity

We defined three different host alarm response rules - one for CRITICAL alarms, one for MAJOR alarms, and one for all other severity

PRIORITY ALARM: A rules point to the PRIORITY A EMAIL action rule

PRIORITY ALARM: B rules point to the PRIORITY B EMAIL action rule

In our case we only send emails for CRITICAL severity
(See Attachment: response-management)

Thanks so much Reheindel, that was of great help!

Will try the email notification out

1st time deploying the stealthwatch and i have assumed most can be done on the GUI, why have the JAVA as a redundant feature to complement the GUI? just puzzled

We are fairly new to Stealthwatch as well - from what I understand the product was Java based from its inception with Lancope - but since the acquisition by Cisco an emphasis has been to make most - if not all the Java features available via the web gui.

Obviously the re-write is a massive effort - thus you will find things still only available in the Java client - but I understand that over time as new releases come out you will see the web gui receiving the same features as the java client.

I suspect that eventually the Java client will be removed from the product as dual development is not really sustainable.

Where are the SMTP relay settings configured at?
0 Helpful
Reply
Highlighted

Where are the SMTP relay settings configured at? 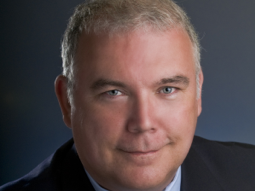