This document explains how the encryption algorithm and encryption key are used to build an IPsec tunnel.

*Note: Encryption Algorithm and Hash algorithm need a key in order to encrypt and hash the data respectively. Symmetric key will be used as that key.

For this scenario we assume the following are configured:

Phase2:
Step 4 (Encrypted (3DES), Hashed (MD5), symmetric key <KEY-A>):
Here the protocol (ESP) and encryption (AES) and hashing (SHA) algorithm is agreed upon as configured for phase 2. In addition, additional keying material is exchanged. These data exchanged is encrypted and hashed in same way as in step 3. i.e.  Encryption Algorithm <AES> and Hash algorithm <MD5>  use the symmetric key <KEY-A>.

good understanding aboout VPN include any GNS3 lab it would be great. 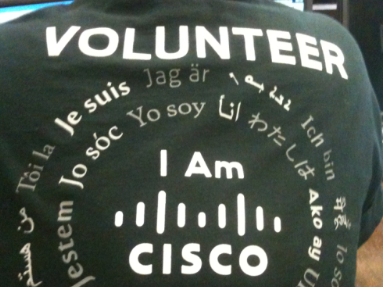 Thanks for sharing this. Good Understanding of VPN and Encryption standard.

Thanks for the detailed explanation.

Do you have a similar write up, if we are using RSA for authentication?

Latest Contents
Meraki MX site-to-site VPN with Oracle (or AWS) with dual tu...
Created by sw28671 on 05-24-2022 05:07 PM
0
0
0
0
I have one Meraki MX250 and need to establish a site-to-site VPN with Oracle Cloud.  Oracle creates two tunnels for its site-to-site VPN, and each tunnel has a unique public IP.  Apparently, AWS does this too. I'm assuming that for my ... view more
SSL certificate
Created by Raj G on 05-24-2022 03:59 PM
0
0
0
0
dear professional, i have a cisco 9800 wlc, cisco ise, and ad server. Now my requirement is to setup wireless client to authenticate using active directory account via cisco ise. Now i got below question: 1. I beleive i need to setup 802.1x auth... view more
Cisco FTD interfaces monitoring
Created by IamSamSaul on 05-24-2022 01:01 PM
2
0
2
0
Hello Team,  I got two Cisco FTDs being managed by Cisco FMC. I'm looking for a way to monitor the interfaces (inside and outside) of both FTDs when there is change in their status i.e. Up, Down, when there is no traffic passing through them etc... view more
Cisco VPN Version 4.2 Issues
Created by Translator on 05-24-2022 11:36 AM
2
0
2
0
For weeks now I have been running issues with some different user workstations working in the Home Office mode that use the Cisco VPN Version 4.2 client by throwing the message I have added to this forum, providing support for restarting a computer or pc,... view more
VPN and Anyconnect failover
Created by jonathandill76 on 05-24-2022 11:33 AM
1
0
1
0
I have a setup with 2 FTD's- primary and secondary and 2 ISP's. When my primary ISP fails, while we still have internet access via the secondary ISP, I loose vpn access. Can you recommend a setup that if my primary ISP fails, vpn would still work and publ... view more
Ask a Question
Create
+ Discussion
+ Blog
+ Document
+ Video
+ Project Story
Find more resources
Discussions
Blogs
Events
Videos
Project Gallery
New Community Member Guide
Related support document topics