This problem can be resolved in one of the following ways:

1)Using Active Directory(AD) instead of LDAP (since AD supports PEAP Mschapv2). To perform AD integration, we need  to have the following:

For more information on ACS integration with AD refer to Joining ACS to an AD Domain . Some screenshots are mentioned below for quick reference. 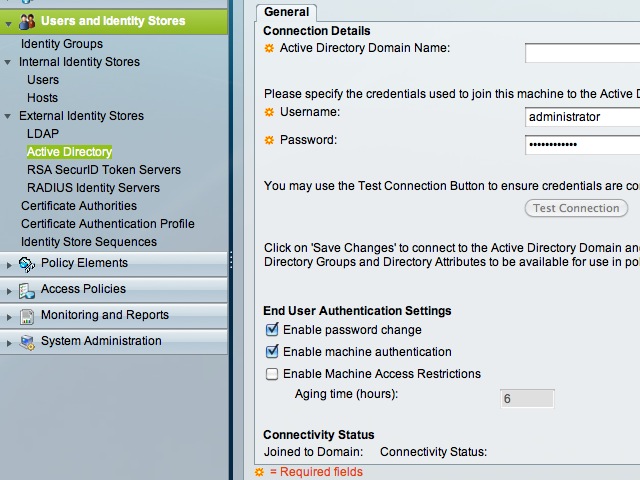 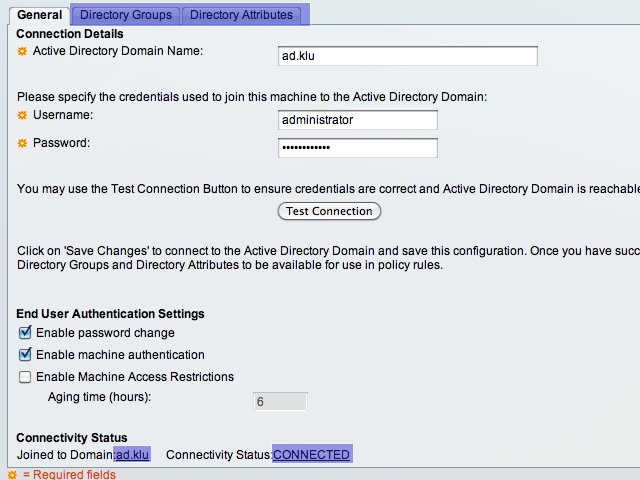 Complete the Active Directory Domain Name field with the necessary value. Then, add the username and password. This user needs to be a domain administrator and to have rights to add new machines to Active Directory. Use the Test Connection to see if everything is correct. You can save the configuration. After you save, you will notice that Connectivity Status changed  and now it’s showing the joined domain. Also on the top page additional two tabs appear. You’re done!

2)Using a connection protocol that is supported by LDAP instead of PEAP which is not supported. From the EAP Authentication Protocol and User Database Compatibility table you can find the protocols supported by LDAP and avoid this problem.

0 Helpful
Share
Latest Contents
QOS and rate limited on ASA
Created by ronald.su on 11-26-2020 02:16 AM
0
0
0
0
hello, we have an ASA and  with broadband line: 100M download / 50M uploadwe wanna to do a qos on a specific IP 192.168.47.30since ASA interface is 1G interface (but the broadband line only has 50M upload capacity), we decided to limited the outside ... view more
URL Filtering & whitelist issue
Created by rolelael on 11-26-2020 12:14 AM
0
5
0
5
Hi,We have url filtering in place for various scores and also for the noscores urlBut I have an issue with whitelisting one kind of url that our friends of Microsoft sent in : https://companyexample.sharepoint.com:443/sites/140205 The :443 is th... view more
EAP TLS after BYOD registered
Created by Tutu on 11-25-2020 11:54 PM
1
0
1
0
Hello guys,After my BYOD is registered it is not getting authorised under the eap-tls user authentication. I keep getting this error. Please help.
If Cisco ASA is not used as a NAT device. Put it behind the ...
Created by ShengxiangZhang67519 on 11-25-2020 11:42 PM
4
0
4
0
If Cisco ASA is not used as a NAT device. Put it behind the NAT device. Will there be problems when doing IPSec VPN?
Anyconnect Always on + Posture + Checkpoint VPN
Created by Velocis Bangalore on 11-25-2020 11:01 PM
0
0
0
0
Hello Everyone, Here I have a specific requremtent from a customer. To make things clear.     Customer = My Client     Client = My Client's Client 1) Customer's Remote working employees will be connecting to en... view more
CreatePlease login to create content
Discussion
Blog
Document
Project
Video
Related Content
Discussions
Blogs
Events
Videos
Projects
Content for Community-Ad