Welcome to the new Cisco Community. LEARN MORE about the updates and what is coming.
Turn on suggestions
Auto-suggest helps you quickly narrow down your search results by suggesting possible matches as you type.
Showing results for
Search instead for
Did you mean:
Start a conversation
Options
860
Views
1
Helpful
3
Replies

I am facing a memory overflow and array index out of bound issue in YDK. I have fixed these issues. How to proceed further?

I was facing issues when I tried to compile YDK with augmented ietf_interface values. The issue is with the YDK parsing file. There were 2 issues,

2. In addition to the looping issue, there was array index out of bound issue.  Because of this issue the ietf_interfaces.py was not properly generated in the ietf/_aug_patch folder. IT was giving IndexError.

I have fixed both the issues. It is purely YDK issue. The issue should be fixed in the file ydk-gen/ydkgen/printer/python/init_file_printer.py. I have attached the modified _patch() function.

I have this problem too
Labels:
fix_for_memory_issue.txt.zip
0 Helpful
Share
Reply
1 Accepted Solution

Just to clarify and for future reference, 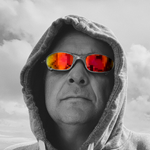 It would be great if you could do a couple of things:

Sorry, just saw this discussion. I checked the init_file_priner.py in current ydk-gen repository this time and found the code causing this issue is being removed after this commit. I think it should be fine if YDK is upgraded to 0.5.4(pip install ydk --upgrade). Let me know if it helps.

Just to clarify and for future reference,