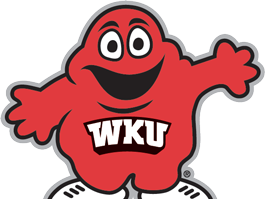 We make heavy use of Docker internally for its fantastic tooling to help streamline and focus our processes that depend on containers. Recently we found the need to begin hacking on the Docker source to extend its APIs for improving our internal CI/CD workflow. During the development of our custom Docker APIs, I felt that the approach described in Docker’s documentation for setting up a development environment was great for those starting out with contributing, but it didn’t quite fit our needs for the following reasons:

To help alleviate our issues above, I decided to move the build steps outside of the dev container and directly into a RHEL 7.2 VM that we use for development (provisioned by Vagrant) – I use a Mac locally, but if you’re using RHEL directly you don’t necessarily need to use a VM. Please keep in mind that the process I use and describe below is for our internal workflows, and if you intend on contributing to Docker then you should be familiar with and follow Docker’s “Code contribution workflow” (https://docs.docker.com/opensource/code/).

The entire process to setup a development environment pretty much mirrors what happens during the building of Docker’s development container. It will install various package dependencies, statically build a few required libraries, and set up the environment for building with Go – the steps are easily repeatable and automated using your favorite CM tool.

Install the required dependencies. You may need to tweak these depending on your environment.

Here we grab the source for lvm2 and sqlite3 so we can build them manually while enabling them for static linking.

In this step, we’re going to grab Docker source from github and place it in the standard spot for Go programs. Feel free to use your own forked code and relocate the source to where it makes sense in your environment.

And the final step is to build the docker binary from the source we cloned in the previous step.

and the resulting binary should be available at bundles/1.9.1/binary/docker-1.9.1.

I use a script similar to the following to quickly kick off various tasks while developing.

and use it for building, linting, validating, running tests, etc. To find the available process you can check the docker/hack/make directory as most of the scripts in there are actual commands that can be used with the provided make.sh or using the wrapper above.