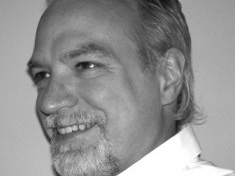 Excellent discussion.  A few thoughts from me, some of which have been touched on in earlier comments 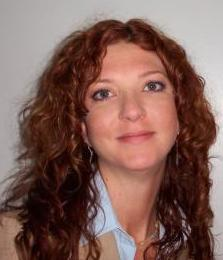 A great discussion! I appreciate how candid everyone has been. Here is my .02 cents. Replying to a forum post is risky. You put yourself out there - in writing - forever (will this go on my permanent record??).

So what gets people posting? Lower the risk - allow people to post anonymously (even though I personally am *not* a fan of anonymous posters). I think for a lot of people it's too risky to be the first person to comment on something, it's easier to read through other comments, agree, disagree and then form an opinion. To get more responses, it may be helpful to ask specific questions, when people have an answer they are usually excited to share. For opinion posts, pose some food for thought to start the discussion - similar to what you did. What made me jump into this string? The opportunity to have a conversation with all of you. 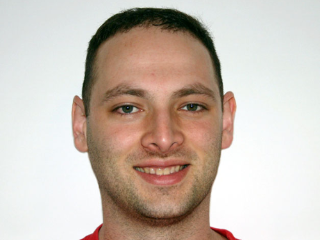 I like your points and relating it back to my Participation Theory, I think your ideas to seed / foster participation are ultimately impacting the Reward / Effort ratio.  By lowering the risk through anonymous posting you could be reducing one's Effort (If my identity is not known, I may not have to be so concerened with censoring myself therefore making it easier for me to freely share my thoughts).

Same thing by posing specific questions.  Takes less Effort for me to understand a topic and formulate a response.

The fear of having a post remain permanent, impacts (negatively) the amount of Reward I can get through participation.  If I view my Reward as 0, even the most miniscule amount of Effort will still result in a LoP of 0 (0 / xE = 0).

Yes, I can absolutely see the connections. I think you are on to it, and I love the simplicity of it. Reminds me of Tony Robbins Pleasure / Pain principle.  Reward = Pleasure Effort = Pain.

Stori:  Allowing anonymity is a slippery slope (particularly within the enterprise).  While it does lower the barrier to participation, it also emboldens a lot of bad behavior.  By having to sign your name on a post, you provide some sort of journalistic integrity that says, "This is what I know," or "This is what I believe."  Without that, you get rampant speculation, misinformation, personal attacks, and all-out flame wars.  I've seen anonymity go very badly, and I'm a big proponent of encouraging open discourse amongst employees.  Management needs to learn how to deal with dissent.  In many cases, the dissent is based on a legitimate business concern, so it is worth understanding and discussing publicly.  As I see it it, forcing people to own their point of view is critical to keeping things civil and productive.  If management can't deal with this, they're not going to have the kind of corporate culture that inspires people to work at their best.

Joe - I couldn't agree more. That's why I mentioned that I am *not* a fan of anonymous posts. When people have to stand behind their opinion with their name, they choose their words a little more carefully. I think you hit on something important - the difference between getting participation inside the enterprise vs outside. I think contributions inside the enterprise automatically assume a higher level of risk around participation.

I post comments, mainly on the Economist website, but occassionlly on some blogs. Really, that is the only publication that people should be reading. It encompasses a wide range of issues, from politics to technology. Other than that, I think comments probably don't get read that much by those managing the sites. If they do, I'd be interested to know if people take them seriously and implement any new ideas from them.

The level of attention given to comments, and the likelyhood of follow-up should be entirely clear up front.  On a publication like the Economist, you're simply getting a platform to have your opinions heard by people with an interest similar to yours.  It is highly unlikely that you're going to see much follow-up.

However, in a community like this, where the stated purpose is discussion and interaction, I think you should expect follow-up and continued dialog.

Like most things in life, your expectations need to be set according to the context you're operating in.

The Economist is the only periodical that people should read?  Really?  The only??

In any case, I think if someone is going to spend the time to monitor and read comments, then they take them seriously.  It all comes down what type of social interaction / engagement are you looking to foster?  In some cases, site managers have purposely remained on the sidelines such that comments are exclusively between the site's visitors.  In other cases, they are used as a means of active dialogue between vistors and site admins.

Salesforce.com is a great example of comments and user feedback directly shaping and prioritizing feature enhancements to their software releases.  New ideas are implemented as a result of the interactions all the time.

Dell actively monitors and contributes to its on line discussion forumns as a strategic pillar of their focus on customer service.

Now, for every Salesforce.com and Dell there are likely 10 examples of companies (and sites) where user feedback and comments enter the black abyss, never to been seen or read from again.

It all comes down the likelihood of participation, on both the user's and the admin's side.  Dialogue requires a two-way conversation and both parties have to feel the reward is greater than the level of effort required in order to participate.

0 Helpful
Reply
Latest Contents
Whisper coaching
Created by safety2008 on 08-07-2020 02:48 AM
0
0
0
0
Good morning in this Cisco documentFeature Configuration Guide for Cisco Unified Communications Manager, Release 11.5 it saysWhisper CoachingUnified Communications Manager also supports whisper coaching, a CTI enhancement on silent monitoring wh... view more
Jabber Phone Services not working after Upgrade CUCM and IM&...
Created by stuart.pannell on 08-03-2020 02:55 AM
3
0
3
0
Hi All,I have an issue since the upgrade where it looks like I am not getting Phone Services, IM&P is working.I have done some firewall monitoring and can see requests to port 6972 for TFTP, I have tried to connect to this port to see my jabber-config... view more
CUCM Phones and Extension deletion BAT using Custom File.
Created by Ritesh Desai on 08-03-2020 02:00 AM
0
5
0
5
In future definitely the need arise that the old extensions requires to be deleted. If the extension deletion range is straight like example 1000, 1001, 1002, etc. then it’s very easy to delete. What if extension deletion it’s not in straight order like 1... view more
Unconditional Forward
Created by mhoffman@pennhighlands.edu on 07-31-2020 06:27 AM
1
0
1
0
We are forwarding calls from Call Manager to another system. There is a lag. I was told to set the cisco side to unconditional forward so it bypasses the settings and forwards right away.  I can't seem to find that setting or maybe its called somethi... view more
Differences among Webex meetings/teams/events
Created by KonstantinaPatera25918 on 07-30-2020 01:39 AM
1
0
1
0
Hello!If you could help me and show me where I could find all the characteristics and differences among Meetings/Teams and Events of Webex have.I mean could I find this somewhere in a PDF document or anywhere on the website??Thank you in advance!
CreatePlease login to create content
Discussion
Blog
Document
Project
Video
Related Content
Discussions
Blogs
Documents
Events
Videos
Projects
Content for Community-Ad