Cisco Community
English
Register
Login
RegisterLogin
Options
Turn on suggestions
Auto-suggest helps you quickly narrow down your search results by suggesting possible matches as you type.
Showing results for
Search instead for
Did you mean:
4457
Views
25
Helpful
7
Replies 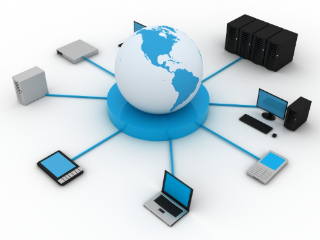 I'm searching for a career in IT industry, I would like to know between Computer Science Engineering and  Network Engineering, which one of these 2 as more to offer in todays world in terms of higher jobs opportunities and great demand. I will be more than grateful to hear from you. Thank you. 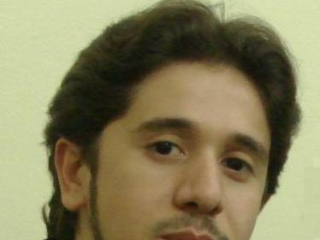 I think that the Network engineering has higher jobs opportunities

but look in general, it depends on what you have certificates

and your experience in IT industry

I know it's been some time since you started the discussion, but I decided to post just in case you are still puzzled about what to do. I've also seen another thread you had opened in the past.

Computer Science Engineering is more general. Network Engineering is typically a specialization of Computer Engineering. It also depends on what schools exactly you are considering, but generally the above holds (since the embedded devices found in networking are special purpose computers with special software optimized for the purpose they serve). There is a tradeoff between breadth and depth of knowledge. You can't easily have it all. Generally, my recommendation would be for someone to start with a good foundation. Companies do ask for specialized people. They also change their minds about which specializations they need at any given time and they want you to be also flexible. You can't be very flexible without proper foundation. With a proper foundation you can learn new things more quickly. And it's good to build a foundation as early as possible, because it tends to get harder to teach an old dog new tricks. It's not impossible, but it's harder. Some capabilities of the brain decay with age, but determination can overcome that together with the increased capabilities for abstract thought (versus detail memorization) that come as you become older.

In the process of building a foundation, you mind find yourself thinking: "Ok, nice things, but I can't do anything directly useful with them." That happens in many schools and many students. However, after school is over, you get to see why and how everything fits. I've seen people neglecting language or mathematics for example. But those are things that are continuously and subconsciously used, so have that in mind as well. If, for example, English is not your mother tongue and you neglect it, you might have a problem understanding questions/issues and documentation or replying to issues. A good education program takes into account many things and doesn't just provide you a set of commands to memorize that will be quickly become obsolete by the next version of software. Neglecting the foundation of a building has obvious consequences. In education this is not immediately obvious. Similarly, if you neglect to have a safe electrical installation in place and put all your money in a luxurious bathroom, you might find yourself electrocuted in the jacuzzi.

Don't get discouraged when people are telling you about the hands-on, the practice and the experience. This is important, but a thing for the future or you can do certain things in parallel. Experienced people gain a certain pleasure by telling newcomers in an area that they don't have the hands-on yet and they have only papers. There is some truth in this, but the best is to have both the heads-on and the hands-on. Your first boss will also happily tell you you do not have experience. This is just an excuse to pay you less money. When you gain experience they might find another excuse depending on the boss. Nobody had experience before they gained it. A lot of people will try to discourage you along the way. Just ignore these people. (Edit: Besides, in the technology area there is a constant need to learn new things and that holds for experienced people as well. Also, sometimes you have to apply some things that you learned recently in production and you have to think before putting your hands on the devices).

There is also a tradeoff between short term and long term gains. So, if you need a job ASAP, you might choose to quickly specialize. If you do have time ahead of you, I would recommend to invest on building a proper foundation and then choose a specialization. That leaves all you options open until you have decided what you like doing. If you had already decided, you wouldn't be asking, right? You can try different things to find what you like the most. Or maybe and ideally do all the things you discovered that you like in a single job.

In some areas there is a need for an interdisciplinary approach to achieve anything meaningful (e.g. when building fast networked devices). Schools tend to induce the thought that a person likes software or hardware or algorithms or wireless, etc. This separation is extended in research and is justified to some extent due to the volume of knowledge. Unfortunately, this also has the drawback that people in each separate area keep rediscovering the wheel. They might solve a problem in their area from the start when a similar problem has been already solved in another area or it's not even the responsibility of their own area to solve the problem (e.g. you might see people trying to solve a problem in hardware when scalability of the solution is just a matter of a sane network design).

Hall of Fame Guru
In response to marikakis

David, one thing i would stress that Maria covers, is the whole experience thing. It is important but it's not the be all and end all that some people make it out to be. Having a deep understanding of your subject (whatever that subject is) is as, if not more, important. And you can do this on your own ie. you don't need to work for a company to get this understanding.

If you approach each subject with a desire to really understand how everything works then you will be fine in whichever you choose.

Beginner
In response to marikakis

Thanks Maria, and each one of you for contributing on this discussion you have really helped and I thank you once again.

I guess I must be getting to the "Brain Decay" stage! Hahahahaha!

David....Maria is so right about not limiting your options by being too

focused on one discipline. Keep your options wide open with a great foundation

and the opportunities are endless.

Hall of Fame Guru
In response to Rob Huffman

As for the age decay thing, think i've gone through and come out the other side. Not much i can say other than it's a lot more peaceful in a vague fuzzy kind of way

Thank you both for your supportive comments. By the way, I would like to take the opportunity to thank you guys in general. If it weren't for you most of my posts in this section would have been left without a rating. And that wouldn't have made much of a difference to me really, but it does show something about what you guys are, which is much more than the total numbers of your points. I would also like to thank Giuseppe, Peter and Paolo (and Jon) for similar support in the technical sections. Special thanks go to Paolo and, although I might sometimes disagree with him in tactical issues, there will always be a special place in my heart for him and I will make sure to demonstrate that more clearly and eloquently next time such a need arises.

The brain decay was just a "joke". Such jokes are not said so that others can laugh, but rather so that I can laugh (my older brother's typical behavior, no crack-crack music needed this way Rob, so try that as well if you happen to tell a joke that doesn't get any laughs, it works like a charm). Seriously now, there are many factors that contribute to brain decay and age is only one of them. Drugs, alcohol and other substances, daily problems, anxiety, blood circulation issues, etc. The attitude is probably the most significant factor, so I can say that you guys don't seem to have a problem.