Before you begin, make sure you are familiar with the concepts discussed in the previous chapters of this document

In Data Centers, there are about four different options available for storing and running virtual machines

Then we have iSCSI (Internet Small Computer System Interface) option. As the name suggest it a mechanism to transport SCSI data over IP based networks. With this option the storage array (or hard disk) is not directly attached to the server machine rather it is connected to the server machine (which some times also referred to as word "compute" meaning CPU, Memory, I/O) via iSCSI protocol.

NFS (Network File System) in the past mainly used for file sharing purposes. But the simplicity of NFS protocol and 10GiG Ethernet availability in the data centers making it a strong choice to run virtual machines as well. It is basically a shared folder on the IP network. It allows a user on a client computer to access files over a network in a manner similar to how local storage is accessed.

Fiber Channel is widely accepted protocol used for SAN (Storage Area Networking). It has substantially lower CPU cost than iSCSI and NFS. And this is discussed in this document.

There are multiple choices available in order to connect to the SAN storage. The decision is mainly based on the storage area networking you have in place in your Data Center and the type of SAN connectivity you are using or going to use. The most popular choices, in order to transport the storage data over the network, available today are

Cisco's current recommendation is to use the Fiber Channel to run Virtual Unified Communications applications on UCS platform. But as the data center are evolving and 10GE fabric is becoming more popular in data centers, the iSCSI and NFS offer compelling reasons to go with as well.

For the purpose of this document we are going to discuss the Fiber Channel as our main SAN connectivity/networking protocol.

NOTE: For Virtual UC deployments, Cisco's recommendation is to use the multi tier model to avoid single point of failure. Also it is not a supported configuration to directly connect UCS Fabric Interconnect switch to the SAN  storage array. 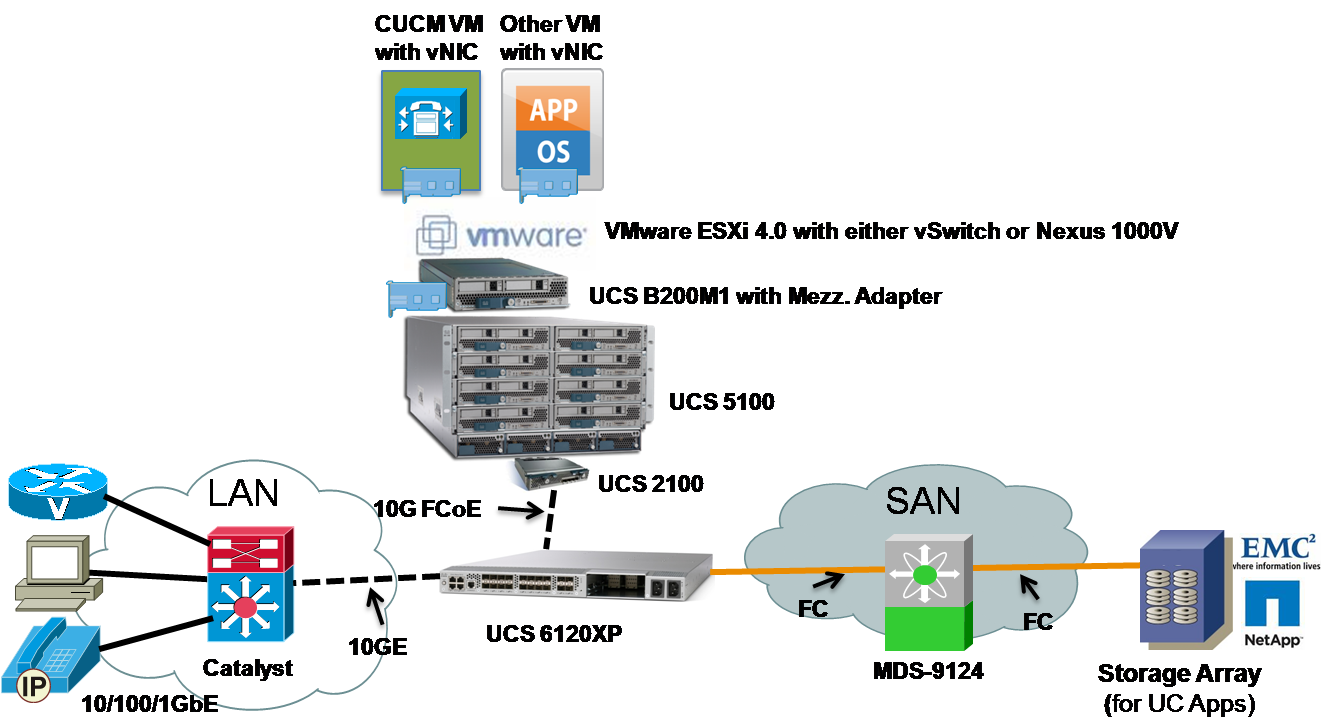 Make sure that upstream MDS switches are NPIV enabled, and assign the selected interface to the Cisco UCS with the appropriate VSAN number.

N Port virtualization (NPV) reduces the number of Fibre Channel domain IDs in SANs. Switches operating in the NPV mode do not join a fabric; rather, they pass traffic between NPV core switch links and end devices, which eliminates the domain IDs for these edge switches.

NPV is supported by the following Cisco MDS 9000 switches only:

In order to make it work with UCS B-Series, make sure that the minimum MDS software version is 3.3 (1c) or above.

If UCS Fabric Interconnect Switch returns no flogi session, then it means it is not connect to MDS and further config review and troubleshooting is required. This command should show some entries

Following screen shows some important (but not all) config. verification steps 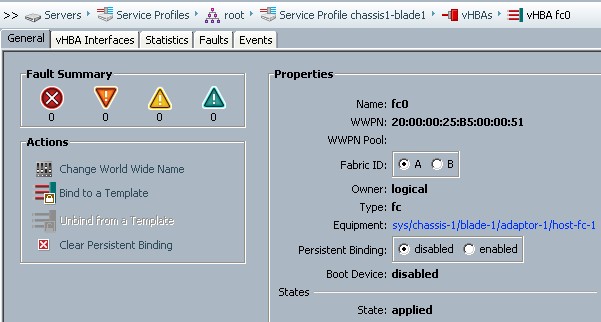 I started here, but ended up here.

I was evaluating a design of UCS B series, and have either 9124 or 9148 as upstream FC switches. 9124 is the least expensive, but, in its data sheet, it doesn't say it supports NPIV (or NPV core): "NPVmode with F-Port trunking and channeling (edge switch deployment only)"

NPV is the FC mode in which the FI's run. And, in that case, you need NPIV in the upstream switch. So, that's a bit confusing here, though the configuration shown must be valid, because I suppose you tested it.

Also, take a look at the thread above, as I was pointed at some limitations of the 9124 if run in NPIV.

Latest Contents
ACI SPAN for Voice recorder connect to 2 leafs
Created by omz on 06-27-2022 01:43 AM
0
0
0
0
Hi  I have a voice recorder connected to 2 leafs using 2 nics on the server. And 2 SIP routers connected to separate leafs (no vpc).  Can I configure SPAN to the voice recorder?  What would be the best approach? span with vpc to the server?... view more
Nexus 7k not showing ACL logging hits
Created by santoshpat on 06-26-2022 04:24 PM
3
0
3
0
Guys, I have multiple ACLs running on the box but some of the acls are not showing any acl hits at all. I have enabled statistics per entry option but i still dont see any hits. Any suggestions ?
NEXUS 93180 DHCP relay issues
Created by mseanmiller on 06-24-2022 08:42 AM
0
0
0
0
We have a pair of NEXUS 93180LC-EX switches in a NX-OS setup.They act as the core and have multiple VLAN's with HSRP enabled.We had a single DHCP relay agent enabled and that was working fine. The problem we are seeing is when we tried to upgrade and... view more
Path preference: Layer 2 vs Layer 3
Created by network_geek on 06-24-2022 12:18 AM
1
0
1
0
Hello All,I am looking for a simple logical reasoning behind a small thing that has been troubling me.Please refer to attached diagram to better understand this situation. I am going to ping PC-2 from PC-1 in different subnets and VLANs, with a proper rou... view more
DCNM v11.5 without vxlan
Created by thorchin on 06-23-2022 08:04 AM
2
0
2
0
Hello! We have some Nexus 9k and a DCNM, where the Nexus 9k are loaded in an external type Fabric. The Fabric is only used for monitoring the Nexus 9k (read only). Nexus 9k are managed with CLI commands.I need to know if it is possible to manage the Nexus... view more
Ask a Question
Create
+ Discussion
+ Blog
+ Document
+ Video
+ Project Story
Find more resources
Discussions
Blogs
Events
Videos
Project Gallery
New Community Member Guide
Related support document topics