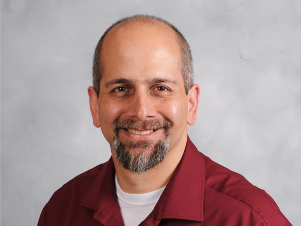 As someone who develops a bit of anxiety outside of a bash shell, this isn't a deep dive into MS PowerShell use with the Cisco UCS PowerTool Suite, but an example of the kind of fast functionality that can be attained with just a few PowerTool PowerShell cmdlets.  The white paper starts off fairly quickly showing that UCS XML commands can be collected from the UCS HTML GUI by pressing Record XML (which will be exposed in the GUI after pressing the command sequence of Ctrl + Alt + q):

This recorded XML file can be used to generate equivalent PowerTool PowerShell cmdlets with ConvertTo-UCSCmdlet:

The white paper has collected generated cmdlets for all of the UCS configuration steps used in the FlashStack VSI Deployment Guide, and placed them in sequence with their original UCSM GUI steps for comparison. To verify the functionality of the cmdlets discussed in the white paper, both UCS Fabric Interconnects were erased and reconfigured using these cmdlets.

Cisco UCS PowerTool doesn't replace the automation capabilities found in a tool like Cisco UCS Director, but does provide a powerful option to add to the arsenal of resources in managing Cisco UCS placements.  For the latest release, and more information on Cisco UCS PowerTool, please visit their Cisco Communities page.

Latest Contents
SVI over VTEP on 9396PX = can't make it work
Created by ss1 on 04-17-2021 02:25 AM
0
0
0
0
Hello,I have just tried to configure a vlan interface (SVI) on a VLAN arriving through a layer 2 Vxlan on a laboratory device N9K-C9396PX. The purpose is to use that VLAN interface in order to manage the device itself (snmp/telnet/ssh etc.) but I can't ge... view more
Nexus 5K
Created by benolyndav on 04-16-2021 12:06 PM
0
0
0
0
HiI have been tasked with uploading via tftp new images to our Nexus 5k devices ready for the upgrade process,  do I use the same commands that I would when uploading via tftp to a catalyst switch.? Thanks
REST API Huge Dataset
Created by ecsnnsls on 04-16-2021 04:12 AM
2
0
2
0
I am trying to download all v6 routes from the fabric along with the nexthop. I used the following URL to retrieve the v6 routesapi/class/uribv6Route.xml?rsp-subtree=full&query-target-filter=wcard(uribv6Route.dn,"<vrfName") and I got this <error... view more
Backup L2 link to legacy network
Created by brlehigh on 04-15-2021 12:11 PM
2
5
2
5
Greetings,Let's say I have the following network topology.  There is currently L2 connectivity to the legacy VSS switch pair via a VPC.  On the VSS side; the port-channel is configured as "spanning-tree link-type shared": I would like to ad... view more
Configuring NetFlow on a layer2 link between two DCs
Created by NetMonkey on 04-15-2021 03:33 AM
1
0
1
0
We have intersite link between two pairs of Cisco Nexus 5672 in our DC. We need your guidance to confirm is it possible to apply netflow and export it to solarwinds on that layer2 link so that we can see what data is traversing on this layer 2 link and wh... view more
Create ContentLogin to create content
Question or Discussion
Blog
Document
Project Story
Video
Related Content
Discussions
Blogs
Documents
Events
Videos
Project Gallery
Content for Community-Ad