I designing an FCAPS solution for my client and I have a few questions about authentication via interal DB vs external DB.

Can ACS be configured to do authentication via external DB first and fallback to the internal DB if the external DB is unavailable?

If you are using the ACS 3.x/4.x, you can go to http://www.cisco.com/en/US/docs/net_mgmt/cisco_secure_access_control_server_for_windows/4.2/user/guide/UnknUsr.html

You can configure the devices to use Radius/tacacs even if the User is authenticated through the Active Directory.

The ACS communicates to the Active Directory in the following manner:

When ACS authenticates to Windows it uses standard API calls to send the username/password
to the local member server that ACS is installed on.  That member server then forwards the
authentication request to the local domain controller.  The local domain controller checks
it's local SAM database and if the user does not exist there, it forwards requests to all
trusted domains until it gets a success

To check the different Databases supported, you can go to http://www.cisco.com/en/US/docs/net_mgmt/cisco_secure_access_control_server_for_windows/4.2/user/guide/UsrDb.html#wp353636

Beginner
In response to kush.sri2001

Can ACS be configured to do authentication via external DB first and fallback to the internal DB if the external DB is unavailble?

Can ACS send and event/trap when an unknown user is discovered? 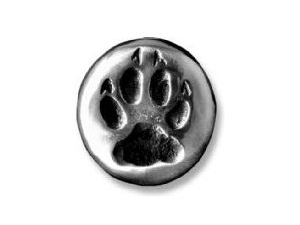 Beginner
In response to slcornish

"Internal database lookup" can be configured first only when your network devices are authenticating using Radius Protocol. This is possible using an ACS feature called Network Access Profiles.

I would not considered at the Internal Database as a fallback of AD, ACS keeps  track of the existing AD users because the ACS or Remote Agent (Installed on a Windows AD Member Server) is part of the AD Domain.

The ACS creates a dynamic entry for each user, but still looks up the User's Password against the AD database.

Back to your original question, ACS does not talk to AD (Installed on a Windows AD Member Server) using Radius and your Network Devices can be configured to talk Radius or Tacacs to ACS.

Latest Contents
Cisco ISE Integration With F5 BIG-IP LTM Load Balancer for G...
Created by Meddane on 05-15-2022 02:24 AM
0
0
0
0
I shared with you this detailed document I created with 27 pages about Cisco ISE Integration With F5 BIG-IP Locar Traffic Manager LTM Load Balancer for Guest Acces.   The method used for Guest Access is the Self-Registration. Healt Monitor using HTTP... view more
Cisco ASA 9.714 version SNMP not working in EVE-NG LAB Envir...
Created by waqas.muhammad49 on 05-10-2022 06:56 AM
0
0
0
0
I created an IPSEC Site to site Tunnel between two ASA Firewalls in EVE-NG topology and i want to plot the IPSEC Site to Site VPN graph on PRTG ? The SNMP Walk command is not getting any output . As the firewall is making SNMP inbound connections with the... view more
ISE Integration with Eduroam External Server
Created by deepuvarghese1 on 05-09-2022 08:31 PM
3
20
3
20
The purpose of this document is to demonstrate how ISE can integrate with an eduroam external server which is a WI-Fi roaming service that provides international access to devices in education, research, and higher education. Students, teachers, and resea... view more
SSL Decryption with Decrypt-Resign On Cisco FTD In-depth lec...
Created by Meddane on 05-05-2022 04:44 AM
0
0
0
0
On Cisco Firepower Threat Defense there are two ways to do SSL Decryption (two actions in the SSL Policy).Decrypt-Resign: for outbound connection (from an inside PC to an external server).Decrypt-Known-Key: for inbound connection (from an external PC to y... view more
Stop ransomware and zero-day threats with Cisco Secure Endpo...
Created by Sohaib Ahmed on 04-26-2022 05:24 PM
0
5
0
5
Cisco Secure Endpoint offers several protection engines which fight against threats like ransomware and zero-day. Are you an admin looking for protection on a short to mid-term basis or beginning to roll out protection across your organisation? The best p... view more
Ask a Question
Create
+ Discussion
+ Blog
+ Document
+ Video
+ Project Story
Find more resources
Discussions
Blogs
Documents
Events
Videos
Project Gallery
New Community Member Guide
Related support document topics