We have an ASA 5510 which was installed at a site some time ago, however I have recently migrated the site's traffic to it away from a previous router (Meraki device of some description)

Since the migration took place, the SIP trunk has stopped working (when a call is placed the destination number doesn't even ring)

The ASA is set up with a one to one NAT rule from one of site's public IPs to the internal IP of the CUCM (site2site is the name of the internet-facing interface on the device... for some reason) 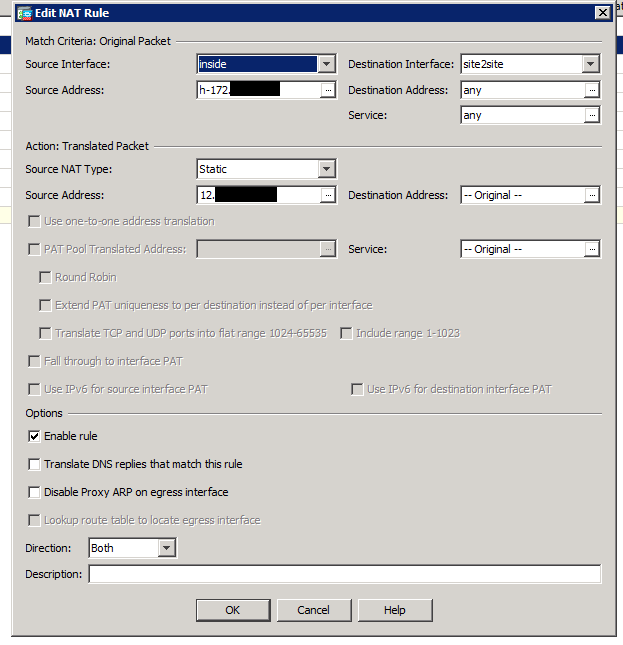 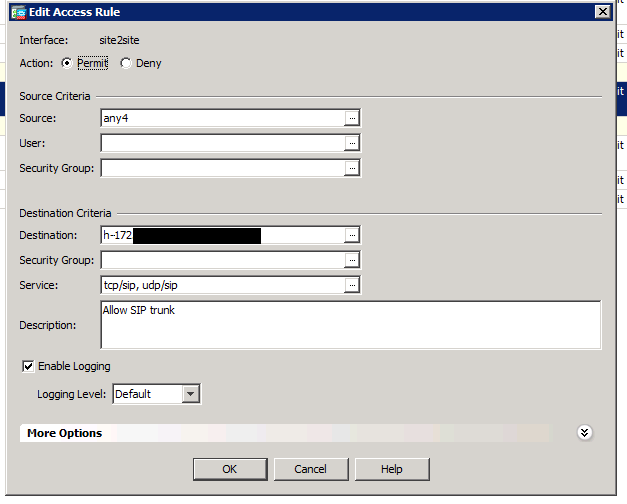 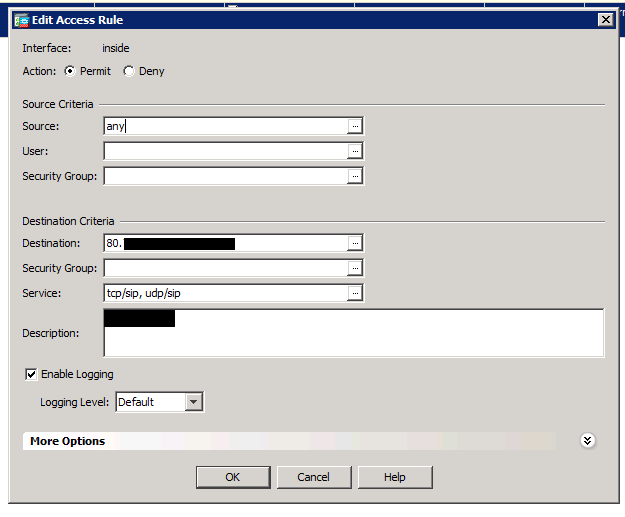 I can't see any blocked traffic whatsoever in the logs relating to this connectivity. Packet tracer says the traffic is allowed and NAT-ed correctly

We spoke to the SIP provider and performed a packet capture using the ASA capture wizard and sent the files to them,

After analysis, they said that we were sending a private IP in the data shown here, which is the reason for the failure (as their end doesn't know the IP to send traffic back to):

Does anyone have any thoughts on next steps I can try? Really stuck as to where I can go from here and how this was working on the past