This message indicates that the firmware of the specified module has detected a parity error. The system automatically resets the module to recover from the error. A crashinfo file on also appear on this module. The error message may be due to transient or hardware failure. If the error message occurs for one time then it is transient issue. This is automatically recovered by the system. The symptom for the parity can be identified by the CPO_ECC in the cache memory. The ECC represents the parity error has been corrected by the system itself.

These are the two kinds of parity errors:

Studies have shown that soft parity errors are 10 to 100 times more frequent than hard parity errors. Therefore, Cisco highly recommends you to wait for a hard parity error before you replace anything. This greatly reduces the impact on your network.

If you need further assistance, open a case with Cisco Technical Support. 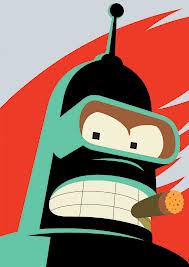 I have the same error on 7609 after IOS upgrade. Card swap to another slot did not help.

Here is the thread I made.

I hope that somebody can help me with that.

Latest Contents
How do I design capacity planning, implement traffic simulat...
Created by Jeremy10 on 01-17-2021 04:23 AM
0
0
0
0
Hello, I have some difficulties understanding the concept of capacity planning in network. I have this project where we have to  configure Network Management applications (Email, DNS, HTTP, SNMP, Telnet and TFTP) as well as setting up VoIP phones in ... view more
Cisco SD-WAN vEdge BFD Status Down
Created by Amadou Daouda Dia on 01-17-2021 03:23 AM
0
0
0
0
Hello, I have created a SD-WAN lab into VMware WorkStation with the below features :Controllers : vManage, vSmart, vBond in the subnet 192.168.20.0/24,vEdges : Four vEdges cloud respectively in the subnets 192.168.30.0/24, 192.168.50.0/24, 192.168.60... view more
Switch CPU SNMP trap configuration
Created by stanley783783783 on 01-17-2021 02:32 AM
1
5
1
5
I have configured and working deployment - catalyst 3750 sending traps to zabbix, which are received and processed correctly.Configured to send CPU notification via:snmp-server enable traps cpu threshold Q: Do i also have to configure threshold value... view more
Mirror port configuration in ACI.
Created by rockbd on 01-17-2021 02:05 AM
0
5
0
5
Dear All I am new in ACI of Cisco SDN. I want configure mirror port in ACI of Cisco SDN. Need a Step by step guide or documents. Thanks in advance.
WS-C2960L-SM - Unable to ping or access GUI after some time
Created by FP9876 on 01-17-2021 01:40 AM
2
0
2
0
Hello everyone, I am facing a strange problem and after some unsuccessful research, I would like to request the help and advise from the community. I have looked for similar issues around the web but didn't find the solution so far. My switch is... view more
CreatePlease login to create content
Discussion
Blog
Document
Project Story
Video
Related Content
Discussions
Blogs
Events
Videos
Project Gallery
Content for Community-Ad