Cisco Community present at Cisco Live EMEA 2023. See you in Amsterdam! Learn more.
Turn on suggestions
Auto-suggest helps you quickly narrow down your search results by suggesting possible matches as you type.
Showing results for
Search instead for
Did you mean:
Create a new article
Options
75076
Views
5
Helpful
9
Comments

(IP Services has all the feature sets that Advipservices had; advipservices is End Of Sale : http://www.cisco.com/en/US/prod/collateral/switches/ps5718/ps7077/eol_c51_519629.html)

- Software Activation is a feature that is preinstalled on the switch, which allows you to install the software license for a feature set.

- This Software Activation License is unique to a specific device. In other words, licenses are locked to the switch's unique device identifier(UDI).

- A unique device identifier is made up of two components: the product ID (PID) and serial number (SN). Serial number is an 11-digit number that uniquely identifies a  device. The product ID identifies the type of device. This information can be found using the "show license udi" command on the switch CLI. So when you request for a license on the switch, the first thing that you need to have is this "UDI" of the device

Here is the link that you could use to request for a temporary license:

Note: On this link you should give the correct UDI of the switch (use "show license udi")

1.   The LAN base software image: which provides enterprise-class intelligent services such as ACLs and QoS features. On a Catalyst 2960-S switch, stacking is also supported.

Catalyst 2960S image ships with universal image that includes cryptographic functionality. The software image on the  switch is either the LAN base or LAN Lite image, depending on the switch  model.

How to determine which image your switch is running on 2960?

i.   Switches running the LAN Lite image do not support the FlexStack  module. They do not have a FlexStack module slot on the rear of the  switch.(more on FlexStack: http://www.cisco.com/en/US/prod/collateral/switches/ps5718/ps6406/white_paper_c11-578928.html)

ii.   On the front of the switch, the label in the top right corner ends in –S if the switch model runs the LAN Lite image.

Catalyst 3750 and 3560 switches run feature-specific software releases and do not support software activation. The Catalyst 3560 switch is supported by either the IP base image or the IP services  image. Hence the show license command doesn't work.

- If all the licenses are installed on the switch, the switch uses the highest license level, the IP services feature set.

For  the Cisco Catalyst 3750-X/3560-X Series, in addition to universalk9 images, there are also images with the universalk9-npedesignation in the image name. The reason for this alternate image type  is that some countries have import regulations that require that the  device does not support any strong data-plane crypto functionality, such  as IEEE 802.1AE, in any form. To satisfy the import requirements of  those countries, this universal image does not support any strong  payload encryption (that is, it is of the nonpayload encryption type).

Step1: Log in to the switch by using the console port, the Ethernet management port, or a Telnet session.

Step2: copy license file onto the flash: device from the tftp server.

Step3: Install the license on the switch with the following command in the privilege mode:

Once  the license gets installed a log message similar to this should be  seen: "%IOS_LICENSE_IMAGE_APPLICATION-6-LICENSE_LEVEL: Next reboot level  = ipservices and License = ipservices"

Step4: The license is installed once you have accepted the EULA, but to enable  the feature set after installing the license, you need to reload the  device. Before reloading the device, the next license boot level of the  switch has to be changed, use the following command to do so:

If  the show license all command displays the license as "Active, Not in  Use, EULA not accepted," you can use the license boot level command to  enable the license and accept the end-user license agreement (EULA).

Step5: Verify if the new license was installed:

- show license detail (its very important to check if the EULA is accepted or not from the command).

The  above mentioned commands are sufficient for troubleshooting purposes,  however there are other commands as well that might help under different  circumstances:

(this command displays the Unique Device Identifier for each switch - which can be used during license generation. If you do not provide the correct UDI while requesting for a license (from TAC OR from the license portal), then you will not be able to install that license on the switch)

Feel free to add any comments or post your questions, I shall try my best to answer those queries. 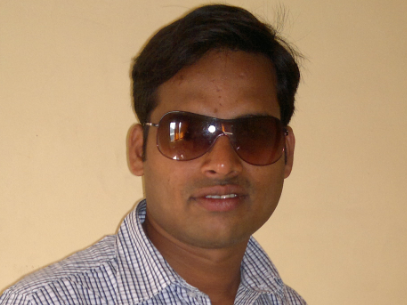 can we upgrade IP Service evaluation license on  switch 3750x with LAN Base image. 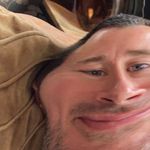 Do you know how to temporary disable a license ?

We are working on a the Cisco 4451 that we recently purchased , regarding the perf licence we have a question, we would like to disable the perf. licence (temporarily.) Our concern is if we do will we be able to reload the licence as before?

Basically can we disable and load again several times ?

we have seen the following info in our router :

“To disable any technology package license, please issue the following configuration command, save configuration and reload the system. “

Can you please advise ?

how to check license no. by which command

LAN Base:
IP Base:
IP Services:

what are these please give me one example for each... 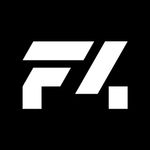 I will made a software upgrade and I would like to be sure of not lost the licence.

Good day, I´ll be very gratefully if some engineer tell me how I can buy IP services Licenses for Catalyst 3750-X.

The reason of this question is the local cisco partner told this switch is in EoS status and is not possible to get this licenses.

Thank you for the information, it has been insightful.

I do however, have a few things to clarify.
I plan on replacing the following switch models.

Question is;
1. Can I transfer licenses from these switches to the new switches after replacement?
If possible, how do I go about it?
2. Please whats the procedure for transferring licenses in a stacked switch environment?
3. Will I run into a license problem when replacing a stack module?

Link for the temporary license does not work (asking for user/password in http auth) ( https://tools.cisco.com/SWIFT/Licensing/PrivateRegistrationServlet?DemoKeys=Y ) .

Is there any way to still get a temporary IP Services license for 3750-X ?