Turn on suggestions
Auto-suggest helps you quickly narrow down your search results by suggesting possible matches as you type.
Showing results for
Search instead for
Did you mean:
Start a conversation
Options
1221
Views
0
Helpful
5
Replies

problems to get traffic RSPAN

I have configured a RSPAN sessión on source and destination switches in this way:

Configuration for reflector port (fa0/4) is:

What is really important is that it does not belong to any vlan (only will carry native vlan) and is not in use for anything.

This interface appears as down (it does not have anything connected).

Where configuration for gi1/5 is:

*****I have included it in VLAN 99 as I have read over it that it should have to belong to RSPAN VLAN. Although I have tried at first with no belonging to any VLAN and the result is the same: no traffic from my sources interfaces in the source Switch.

interface gi1/5 appears as down in the protocol:

Please, could anybody help me if I am wrong in anything with the configuration? 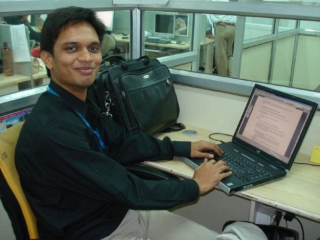 Excepts from Cisco DOC: As this is one of the mostly which gets missed.

As RSPAN VLANs have special properties, you should reserve a few VLANs across your network for use as RSPAN VLANs; do not assign access ports to these VLANs.

RSPAN sessions can coexist with SPAN sessions within the limits described in the "SPAN and RSPAN Session Limits" section.

If traffic for a port is monitored in one direction, you can use Catalyst 2950 or 2955 switches as source, intermediate, or destination switches.

If traffic for a port is monitored in both directions, make sure that the intermediate switches and the destination switch are switches other than Catalyst 2950 or 2955 switches, such as Catalyst 3550, 3750, or 6000 switches.

For RSPAN configuration, you can distribute the source ports and the destination ports across multiple switches in your network.

A port cannot serve as an RSPAN source port or RSPAN destination port while designated as an RSPAN reflector port.

RSPAN does not support BPDU packet monitoring or other Layer 2 switch protocols.

You can configure any VLAN as an RSPAN VLAN as long as these conditions are met:

The RSPAN VLAN is not configured as a native VLAN.

Extended range RSPAN VLANs will not be propagated to other switches using VTP.

No access port is configured in the RSPAN VLAN.

The RSPAN VLAN cannot be VLAN 1 (the default VLAN) or VLAN IDs 1002 through 1005 (reserved to Token Ring and FDDI VLANs).

You should create an RSPAN VLAN before configuring an RSPAN source or destination session.

If you enable VTP and VTP pruning, RSPAN traffic is pruned in the trunks to prevent the unwanted flooding of RSPAN traffic across the network for VLAN-IDs that are lower than 1005.

Thank you very much for your answer but I think this does not work because I have followed tips and I think I am right with my configuration. Anyway, I have configured the monitoring in source ports only for transmission in any case the problem were it wouldn't permit both traffic (tx and rx).

Also I have configured my destination port on dest SW with no VLAN (it belongs to native, VLAN1), as it says RSPAN shouldn't have any access port.

Well, I will tell you.

Anyway thank you very much. I have not been able to answer you before but I am very grateful to you.

Finally there was no change with only tx monitoring in source ports, neither with destination port not belonging to RSPAN VLAN.

So, I have to resign on this issue. I think I can't get the monitoring as I wanted.

I think Cisco should have this problem identified. My switches were:

with no other intermediate switch.

Beginner
In response to antilope1
Options

Beginner
In response to adellight87
Options

No, adellight, I can't monitor traffic from source 2950 to dest 6509, but I don't worry about it. I have accepted it as a possible bug or something like that.

I have considered this not a problem of configuration but a problem with switches capabilities, nothing else.

If you find any problem on my conf, please, tell me. If not, never mind.