Cisco Community
English
Register
Login
Great changes are coming to Cisco Community in July. LEARN MORE
RegisterLogin
Options
Turn on suggestions
Auto-suggest helps you quickly narrow down your search results by suggesting possible matches as you type.
Showing results for
Search instead for
Did you mean:
942
Views
0
Helpful
2
Replies

Is it possible to advertise default route to BGP neighbor (or prefer it via MED), only if the node is HSRP-active?

Essentially the goal is to create symmetry for inbound/outbound traffic.

Only way I can think of so far is via an EEM script, so that when it sees  HSRP go active via syslog, it would kick off an action to remove ASN prepend,  or reduce MED, and the opposite if HSRP goes standby.

Was wondering if anyone has done something similar w/ a better way.

When you lose Active HSRP state you will lose the route for Virtual address from the table. You can use conditional BGP advertisement based on presence/abseence of this route.

This method might not work if the HSRP route is not in BGP table. 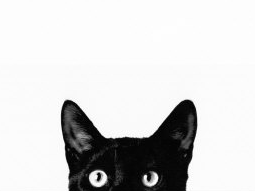 Sounds like EEM is your best bet unless your HSRP interfaces are also participating in BGP.