Can someone explain (in as much detail as you can) what this output tells me?

In this first screencap the SRC IP is the remote side device, but the destination, while a legit IP, is NOT in the dest-prefix-list...so I'm lost there as to why this even shows up in the "events" output (that is filtered by "Component-->App-Route"), but further, the transport is LTE from a local sys-ip to a remote sys-ip, and then the "Oracle_SLA" is the SLA class in place as the app-route-policy, but nothing in this output matches the policy (not the DST, not the transport, not the remote sys-ip). So...either the app-route policy doesn't work anywhere near the way I think it does, or I have no idea how to read this output...and either is equally feasible.  The second screencap is pretty much the same thing but the "Oracle_SLA" is now in the "old_SLA_class" field...what does that mean? 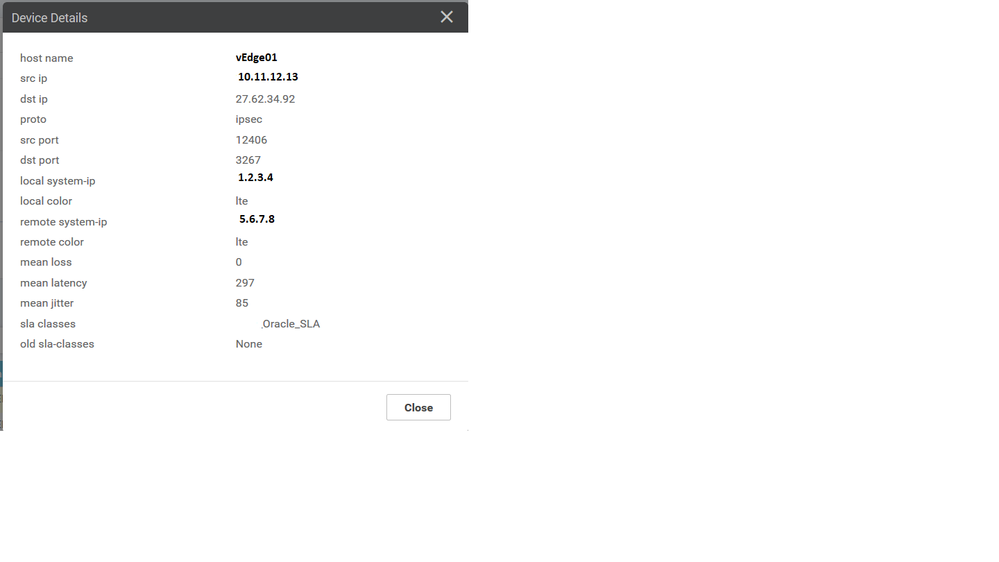 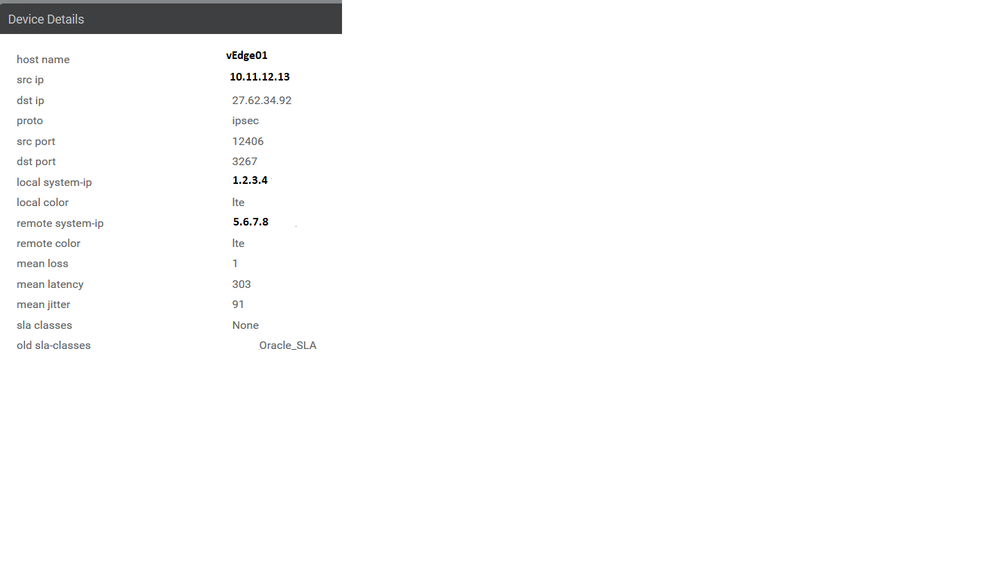