Hello Mohammed I found these same instruction also in one of Cisco's setup guides, but it does not seem to work. I set it up to not use the tunnel when going to webex.com, but my trace is the same as before (via the tunnel). Any thoughts?

I am not sure why your are having an issue. There is a good chance of configuration issue. If you have this as a production problem please generate a Dart file and work with tac to ensure you have a successful deployment.

How can you tell from the AnyConnect client this works?

i found out good document, hope this helps you :

There is a good chance of configuration issue. If you have this as a production problem please generate a Dart file and work with tac to ensure you have a successful deployment.

we have been testing DST and that seems to work fine. a bunch of the microsoft documents advise against DST, and to use traditional split tunneling. I guess my question is, can you do both on the same GP? If I am doing DST based on an anyconnect attribute list, can I then add an acl and enable split tunnel exclude, and have them both work? Or are they mutually exclusive?

I have implemented dynamic split exclude domains as per cisco documentation.

Trace route goes out through my ISP

But I am running into problem when I use Browser. It always try to go out through our company proxy based on the logs we see.

we use pac file for internet browsing.

I am missing any thing here.

Can an existing DST, be edited to include another site? I currently have a DST defined with sites; youtube.com,netflix,com,spotify.com, and tried to add webex.com. Defined a GP for the DST to be applied to. When running a traceroute, the webex traffic, continues to transit the VPN tunnel, and not route over the end users ISP. The syntax, in the ASA config shows up as youtube.com,netflix,com,spotify.comwebex.com. I've tried to create a 2nd instance of DST1 (DST2), with just webex.com, but that does get pushed out to the end users Anyconnect configuration. I've also tried deleting DST1 and replacing it with a new config (DST2), that lists all the sites needed to be excluded; youtube.com,netflix,com,spotify.com,webex.com. Applied it to the GP, but it doesn't show up on the end users dynamic tunnel exclusion list.

What am I doing wrong? 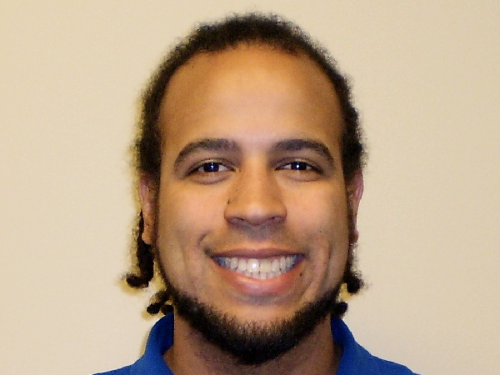 Deena - i have that same problem - when trying to add another domain to the list it is like the ASA just smashes it onto the end without including a space and comma and then breaks the existing setup. You can't remove one that is in use so creating a new fresh list seems to be the fix. I'd like to know how you are supposed to edit an existing exclusion list properly.

Beginner
@DEENA VERAPPAN
As i've been typing this out i've been testing:
I think maybe i found the way around this, if you want to add another domain you have to do ,doman.com
So adding the comma before cisco.com seems to input it correctly
anyconnect-custom-data dynamic-split-exclude-domains **NAME OF EXCLUSION***
youtube.com
anyconnect-custom-data dynamic-split-exclude-domains **NAME OF EXCLUSION*** ,cisco.com
ALTERNATIVELY - remove the dynamic-split-exclude-domains from the group-policy, remove the existing value, re-create with the new domain added, reapply to the group-policy
group-policy ***GP HERE*** attributes no anyconnect-custom-data dynamic-split-exclude-domains
anyconnect-custom-data dynamic-split-exclude-domains **NAME OF EXCLUSION*** youtube.com,cisco.com
group-policy ***GP HERE*** attributes anyconnect-custom dynamic-split-exclude-domains value **NAME OF EXCLUSION***
Latest Contents
Flex VPN server(Hub and Spoke) for windows client or anyconn...
Created by tanyatamir53355 on 05-09-2021 07:37 AM
1
0
1
0
Hi, i am using this FlexVPN "Hub to Spoke" configuration for my home lab hub router its using Keyring pre-shared key, and AAA is done locally. This work fine when the client is a router. However I want to modify this so that remote clients ... view more
Anyconnect plus vs apex
Created by adeebtaqui on 05-09-2021 01:38 AM
3
0
3
0
Please advise about the differences between between anyconnect plus and apex subscription on NGFW 2100. Can both support SSL browser based remote vpn access? When is apex recommended?
AntiMalware - Definition checks - Posture
Created by Srinivasan Nagarajan on 05-08-2021 10:27 PM
1
0
1
0
Hi Experts,We're running ISE 2.6 with Patch 8 installed. AnyConnect is 4.8 and the Compliance Module is 4.3.X. I've been asked to configure a New AV Posture policy Definition check for Windows Defender.  Name: AV_Def_5daysCompliance Module: 4.X ... view more
Clear crypto gdoi - solved our problem but a pain
Created by Hythim Ali El Hadad on 05-08-2021 07:49 PM
0
0
0
0
Hi We have about 1000 sites connected to a hub siteThe setup is DMVPN. And we are using Get VPN upon thisWe are using Cisco 898 with 2 links [local loop and 3G] for each branch We have a problem that suddenly most of our branches are facing a ne... view more
Cisco AnyConnect multiple concurrent connections
Created by Matish on 05-08-2021 03:13 PM
0
0
0
0
Hi AllIs it possible with Cisco AnyConnect secure mobility client to allow for multiple concurrent connections in macOS? Actually, I need to connect to multiple VPN hosts at the same time as I need to connect to servers hosted in a different location... view more
Create ContentLogin to create content
Question or Discussion
Blog
Document
Project Story
Video
Related Content
Discussions
Blogs
Events
Videos
Project Gallery
Content for Community-Ad