To configure the ASA to send traffic through both ISPs simultaneously.

Usually when a user has two ISPs terminating on the ASA, the ASA is configured for ISP redundancy. However in some cases, the user would like to use both ISPs simutlaneously to send traffic. 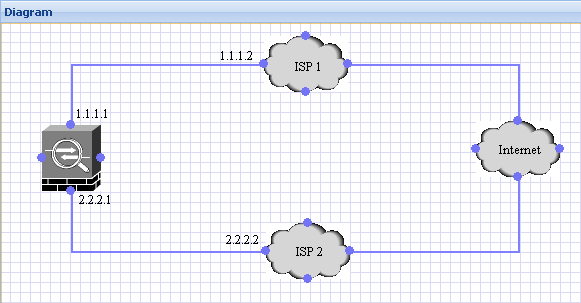 In such a scenario, the best solution would be to use a router. Using route-maps on the router, one can configure the routing in such a way that only certain kind of traffic uses one ISP while the second ISP is used for other kinds of traffic. Although the ASA supports route-maps, because it wasn't designed to support extensive routing capabilities, there are quite a few features under route-maps like source-based routing, which are not supported by the ASA. If using a router is an option then the network would have to be redesigned as follows:

If however, this is not an option, then it is possible to configure a very crude form of "loadbalancing" on the ASA. The following two scenarios are ways in which both ISPs can be used simultaneously on the ASA:

1.  Route traffic based on destination:

As I mentioned aboved, the ASA is not a load-balancer or a packet-shaper. However with the following commands on the ASA, we can route traffic to half the destinations on the internet using ISP1 and the other half using ISP2:

2.  Route traffic based on destination ports: 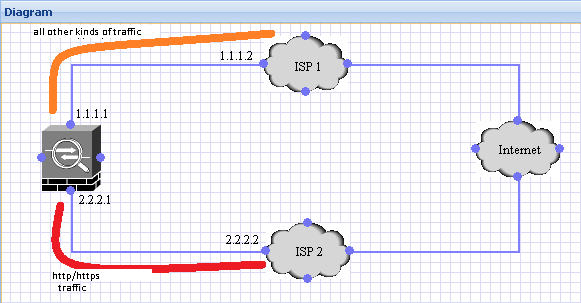 By adding the configuration below, the ASA can be set up to send web traffic(http,https) out through ISP2 and all other traffic is sent through ISP1 as shown above.

sysopt noproxyarp inside // important, otherwise it will cause routing issues as the ASA will start sending proxy-arps for all hosts on the inside.

Important Note: As I mentioned earlier the ASA is not designed to support load-balancing the above solutions are only workarounds and as such not supported configuration.

Awesome! I love it!

Is failover still possible with the second example? In the example, is my web traffic(port 80/443) down if isp2 goes down, or can i still use an SLA monitor or some other method to automatically failover web traffic to isp1 that is still up? Im looking for a way to both send specific destination ports out a particular ISP, but also fail them over should it go down. Asa 5520. Any assistance is appreciated.

If you're using ASA code above 8.3 the natting becomes very different, and the above set up may no longer work. If the code is below 8.3 then it maybe possible using SLA monitoring, but I haven't tested it and can't be sure how the natting will be affected.Ideally is ISP2 goes down and SLA monitoring removes the second route, then the static NATs shuold also not function properly, so the nat global should work just fine.

My goal is to use dual wan (with 2 different ISP):

wan2 only for a vpn l2l connection with HQ.

obviously the wan have to work at the same time.

Do yuo know some tutorial for that?

Thank you for posting this. It works fine as what the objective is.

BUT I have some problem, USERS cannot access anymore the servers in DMZ using port 80 & 443. Could it be the static NAT? Or do I need to add a new ACL for ISP 2?

I appreciate any feedback. Thank you. 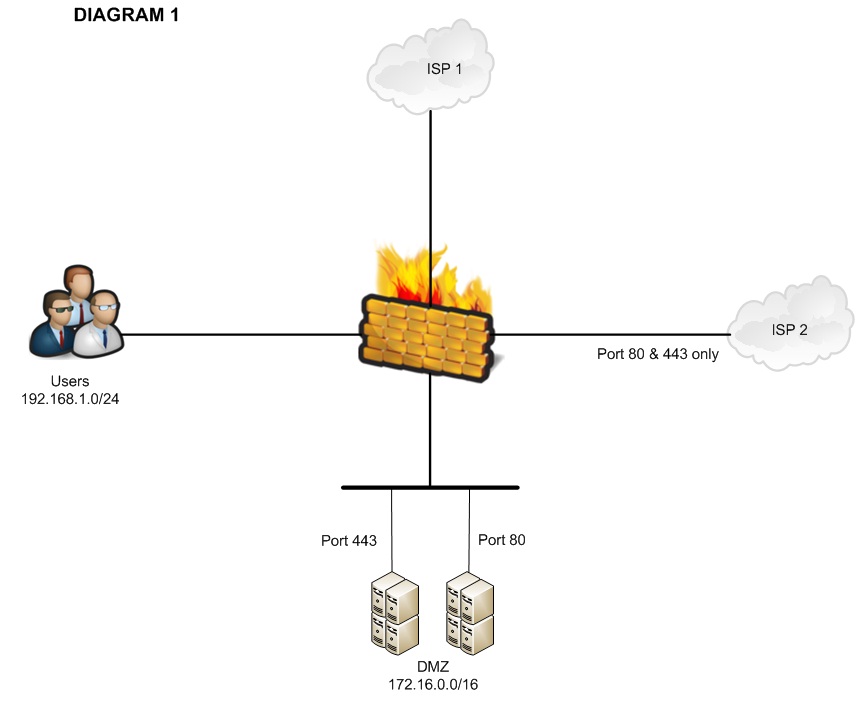 Configuring my ASA 5510 according the 2nd scenario works very well. My issue is that my remote users connecting using VPN cannot access the resources on the LAN. I think this is because of "noproxyarp" but is there a way to give access to all resources on the LAN? 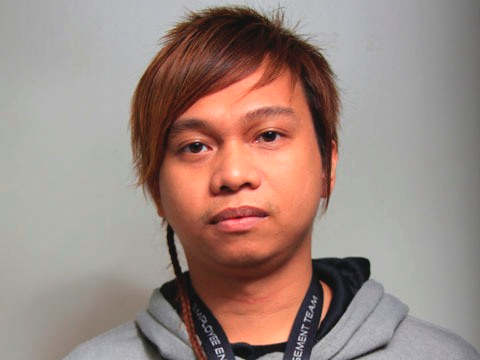 without any doubt , front ending a router is the best solution. However, following is my opinion

1.  Route traffic based on destination:

while this option gives flexibility to load share the outbound traffic initiated behind the ASA, however this option will potentially create trouble for inbound traffic destined for NAT behind either ISP1/2.

Example: if a client on the internet with source 50.67.1.1 trying to access 2.2.2.2 (ISP2 IP) Static NAT for web server, this traffic enters through ISP2 and tries to exit through ISP1 (because of the broad IPv4 spectrum static routes on ASA)

This scenario is also known as asymmetric routing and it also defeats the purpose of ASA stateful inspection.

Note1: Because of its default nature, ICMP will work in this scenario .

Note3: Outbound traffic in this scenario can also cause problems if ISP1 goes down. The static route towards ISP1 is not going to be removed from route table unless we attach a IP SLA track. However even with the SLA track it is still going to be an issue because it only remove the route from route table but not replace that with 0/0 towards ISP2.

Latest Contents
ibns 2.0 vlan-id in access-requests
Created by andrewswanson on 05-27-2022 03:21 AM
0
0
0
0
HiI'm looking at an ibns 2 802.1x policy on Catalyst 3650 (ver 16.09.08) with ISE 2.7 patch 7. The switch setup should send the 802.1x client's vlan id to ISE (in the access-request during authentication) so that it can be used in an authorization conditi... view more
ISE CWA Portal redirect issue
Created by delpo40 on 05-27-2022 03:20 AM
2
0
2
0
Hi, Have set up a CWA Portal for a guest ssid. The client will only redirect to the Portal on the ISE server if I put the IP address in and not the FQDN. I was under the impression it was the wifi client that sends the DNS request, and the clien... view more
IP address resolves to two hostnames on CISCO ASA
Created by Sharath K on 05-27-2022 03:00 AM
3
5
3
5
We have configured configure local IP address pools on Cisco ASA but post disconnection AD is not deleting the entry.   This is something we have to inform AD or DNS server to delete the old entry or client ( laptop ) should inform AD/DNS server... view more
SNMP allow rule is bidirectional ?
Created by MrBeginner on 05-27-2022 02:39 AM
1
0
1
0
Hi , I would like to ask about snmp allow rule in ASA. let say our network is like below . App Server--->switch-->ASA--->SNMP server   I configure snmp configuration in server and switch to send log to snmp server. I want to know if it is en... view more
ISE Logs too slow
Created by manvik on 05-27-2022 02:23 AM
1
0
1
0
ISE logs tooooo slow, it keeps showing "fetching records" for tacacs, radius, alrm logs etc deployment is a simple one with DC & DR nodes MNT, ADM, monito are all in one node
Ask a Question
Create
+ Discussion
+ Blog
+ Document
+ Video
+ Project Story
Find more resources
Discussions
Blogs
Events
Videos
Project Gallery
New Community Member Guide
Related support document topics