Cisco Community present at Cisco Live EMEA 2023. See you in Amsterdam! Learn more.
Turn on suggestions
Auto-suggest helps you quickly narrow down your search results by suggesting possible matches as you type.
Showing results for
Search instead for
Did you mean:
Create a new article
Options
9962
Views
20
Helpful
8
Comments

Chalk Talk: Tips and Tricks to Make an ISE Deployment Stable and Scalable

Deploying Identity Services Engine (ISE) can be a long process and certain decisions made early in the deployment can save a lot of frustration at a later stage. In this article, I look at some of the common problems that can prevent an ISE deployment from being scalable or stable. The intention is to provide tips and tricks that can be considered during the design or initial deployment phase to avoid problems at a later stage.

These tips are divided into 4 sections with each section dealing with different aspect of ISE deployment.

Tip 2: In a large network, consider using dedicated admin and monitoring nodes instead of a single node with both the personae. Monitoring and Admin nodes both have a high database read and write function and this can be taxing on the CPU.

Tip 3: Replication between ISE nodes can be almost continuous in deployments with lot of profiling. ISE is not very tolerant to replication problems and the impact of a replication problem can snowball fast, if not fixed. If nodes lie across slow or over-subscribed links, consider using QOS for ISE replication traffic.

Tip 1: Profiling is the most resource-intensive function of ISE and improper profiling configuration is one of the biggest reasons for an unstable deployment. Before enabling profiling, consider the actual need and the minimum required information for the desired profiling result. Based on this, enable only those probes that are needed to achieve that result.

Tip 3: Avoid duplicating profiling work by disabling probes that collect similar information. For example, both DHCP and DHCP SPAN probes should not be enabled at the same time.

Tip 4: If a large number of endpoints is being profiled, enable the profiling allow-list feature on ISE 1.1.2. When enabled, this feature creates a list of required attributes based on the profiling rules. Policy nodes drop any attribute that is not in the list. This reduces the amount of data that is collected and decreases resource usage.

Trick 2: The Profiling allow list or EndPoint Attribute Filter can be enabled at the Administration->System->Settings->Profiling page. This feature was introduced in ISE 1.1.2

Tip 5: If you have a large amount of RADIUS traffic, consider disabling the RADIUS profiling probe and using an alternative. This is especially true in very large wireless networks where hundreds of thousands of end points authenticate in a day.

Tip 1: When implementing ISE-based authentication in a large network, especially a large Wireless network, it is important to ensure that the clients are properly configured and end-users know the process for on-boarding or Guest authentication. Failure to do so can result in very high number of authentication failures hitting ISE repeatedly. This will result in resource exhaustion.

While the above list is not exhaustive, it does include some of the most commonly seen problems with new ISE deployments. As is evident from the general trend of the tips, most problems with ISE occur due to resource exhaustion caused by mis-configuration and almost all of these can be avoided with careful planning.

Vivek Santuka is a Customer Support Engineer with Cisco TAC AAA team. In the last 7 years, Vivek has helped resolve thousands of AAA, ACS and NAC related cases for organizations of all sizes. He holds two CCIEs,one in Security and the other in Routing and Switching. In addition to that, he holds an RHCE certification. Vivek is also the co-author for the Cisco Press title AAA Identity Management Security. 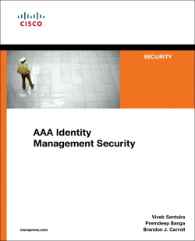 This article was featured in the January issue of the Cisco TS Newsletter. Are you subscribed?

Dear Vivek, a great article. Have you found any methods/resources for automating the deployment of ISE? Similar to unattended installs of Windows OS deployments...whereby you provide answers in a file / database.

It is possible to remotely connect to the Serial of a VM and "automate" the install and setup script but it would take a lot of scripting effort and would not be worth it for a deployment, however large.

Wouldn't you have some reference bandwidth values for QoS between MGM and PSN nodes? Assuming advanced license.

We do not have reference bandwidth values for QoS between ISE nodes. The only thing that ISE requires is for the RTT between nodes to be less than 200ms.

In practice, does ISE impact the remote administration of workstations (end points)? Can ISE block unauthorized servers from accessing an end point? I understand ISE protects the network from the end device, but can it also work in the reverse? Thank you!

The answer is not really straight forward:

1. Before authentication : By default no traffic is allowed from or to the end host. You can change that to incoming only to allow servers to send a Wake on LAN packet. The port can have a default ACL to allow traffic from certain servers. Remember that ISE has no control over the endpoint at this time. All you have is static policies here.

Having said that, remember that the access port in NOT the place for filtering. While some filtering is fine, majority of filtering should be done upstream.

I can't access your lab.Please invite me, I really interest to study switching..This is my mailsatheeshkce91@gmail.com

Can someone please help me with below ISE queries ?

1- ISE is in the production network, however now we are in the position to enable guest SSID hence for that we need to have public CA sign certificate installed on PSNs. I have 4 PSNs, 2 MNT and 2 admin nodes, I would like to know if its ok to install this certifcate just on PSNs and Admin nodes, I Can ask for a certificate having multiple san fields ( PSNs and admin portals urls ) . if I proceed with this one , will it cause any issues in communciation between different nodes spically between MNT and other nodes as MNT is having different certs.

2- Any one has deployed ISE as a radius proxy ?