Turn on suggestions
Auto-suggest helps you quickly narrow down your search results by suggesting possible matches as you type.
Showing results for
Search instead for
Did you mean:
Create a new article
Options
8967
Views
24
Helpful
3
Comments

The following guide shows how to return a TACACS attribute in ACS 5 defining the role a user should be placed into on Nexus 5K switches that use Role Based Access Control (RBAC).

This guide makes the following assumptions:

Create an Authorization Policy rule to match the user and device criteria as shown below:

Create a Shell Profile to return the required attributes. In the following example the user will be placed into the "Network-Admin" role: 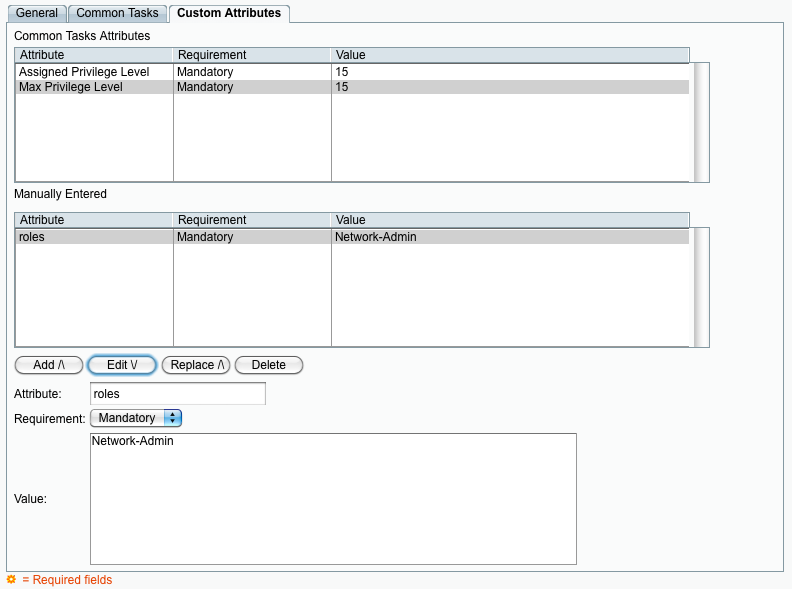 Map the Shell Profile to the Authorization Policy rule: 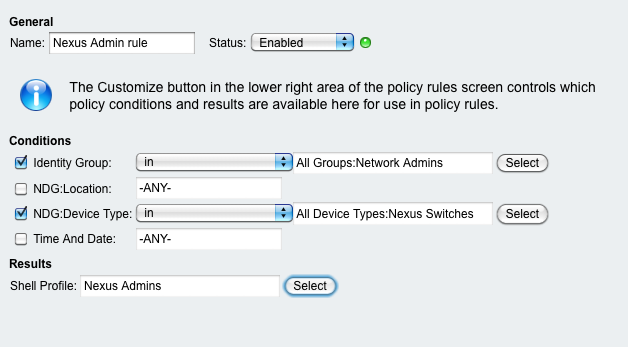 Log into the Nexus switch. To confirm that the rule has been successfully matched, check the hit count next to the rule. Note you may need to refresh the hit count status by clicking on the hit count button on the bottom right hand corner, and then refresh.

FYI - While using ACS 5.3, the attributes needed to be entered as:

Note, you can assign multiple roles by adding a space between role names (i.e. shell:roles*"network-operator vdc-operator")

But the above command is not type local (key word).How to authenticate with (Local Switch Database and ACS ) at a time.

In the event that you have multiple roles in the shell profile as you have done, how can we determine which user has access to Network admin and which user uses Network operator.