Welcome to the new Cisco Community. LEARN MORE about the updates and what is coming.
Turn on suggestions
Auto-suggest helps you quickly narrow down your search results by suggesting possible matches as you type.
Showing results for
Search instead for
Did you mean:
Create a new article
Options
2035
Views
5
Helpful
0
Comments 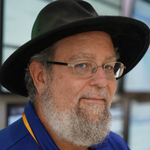 Oh! I have slipped the surly bonds of Earth
And danced the skies on laughter-silvered wings;
Sunward I’ve climbed, and joined the tumbling mirth
Of sun-split clouds, – and done a hundred things
You have not dreamed of – wheeled and soared and swung
High in the sunlit silence.

Introduction: Into the Clouds!

Recently, we've had a series of Orbital Query Corner articles whose starting point is some kind of immediate vulnerability or threat advisory requiring urgent attention.  This will not be one of those.  Instead, the purpose of this article is to briefly explore a set of osquery [1] tables that we recently discovered here at Query Corner Headquarters, providing metadata for instances running in the AWS and Azure clouds.

If your cloud provider of choice is Amazon, then the table you want is called ec2_instance_metadata, and the simplest way to use it is a custom query like this:

Notice that we have two Orbital nodes in our test environment, one EC2 instance and another named "Win1" that returned no results.  We'll get back to that node in a minute, but for the things that do return results, the columns are as follows [2]:

If you're using Microsoft Azure as your cloud provider, the process is very similar – except when it's not, which we'll address in just a minute.  Our custom query now looks like this:

And here are the results:

In this case, the situation is reversed: Win1, running in Azure, returns results while our ES2 instance (unsurprisingly) does not; the Azure response columns are as follows [3]:

Okay, So Now What?

Well, as we can see from the column layouts of the respective tables, each cloud environment exposes some different types of potentially useful metadata.  For example, in Azure, you can use the vm_id, which is the same as the system's UUID, to pull in information from other tables.  Just as a quick illustration (and to prove to ourselves that this actually works), here we're combining a few items from the system_info table with the Azure metadata table:

This may not be immediately useful (yet) , but it's nice to know that it actually works as expected!

Unfortunately, there's no UUID equivalent in the AWS EC2 metadata, but there are other items of potential interest, like the MAC address, IPv4 address, and local hostname associated with the first network interface on the instance.

In addition to the metadata tables, there are also osquery tables for tags applied to the instances.  The names of these tables are, not very surprisingly, ec2_instance_tags and azure_instance_tags for the respective services.  But there's a catch for AWS, at least for the moment.  Retrieving the tags of an EC2 instance requires authenticated access with the permission to perform the ec2:DescribeTags action, according to the osquery configuration docs [4], and there is currently no way to provide those credentials from within Orbital.  (We'll let you know if and when that changes.)

Azure has no such requirement, and so for a simple proof-of-concept test, we applied a tag to our Win1 instance in the Azure Portal.

We ran a query:

But What If I Use Both Clouds?

Okay, last exercise on this little jaunt through the world of cloud queries.  Suppose we have instances running in both AWS and Azure, and want to get some common info on both environments at the same time?  For example, both services report very similar location information for which region (and availability zone) an instance runs in.  The names, of course, are not exactly the same, so we can't use a JOIN in this case.  Instead, we'll use a UNION to combine the results from both tables.

With the following results:

And that's about it for this edition of Orbital Query Corner.  We hope that you found it interesting, and perhaps even useful.  We hope to see you all again soon, around the next Query Corner!

[1] Orbital Help: What Is Osquery