In this document, we will discuss how LSM (mLDP) replaces the native multicast solution of providing MVPN in a service provider environment. 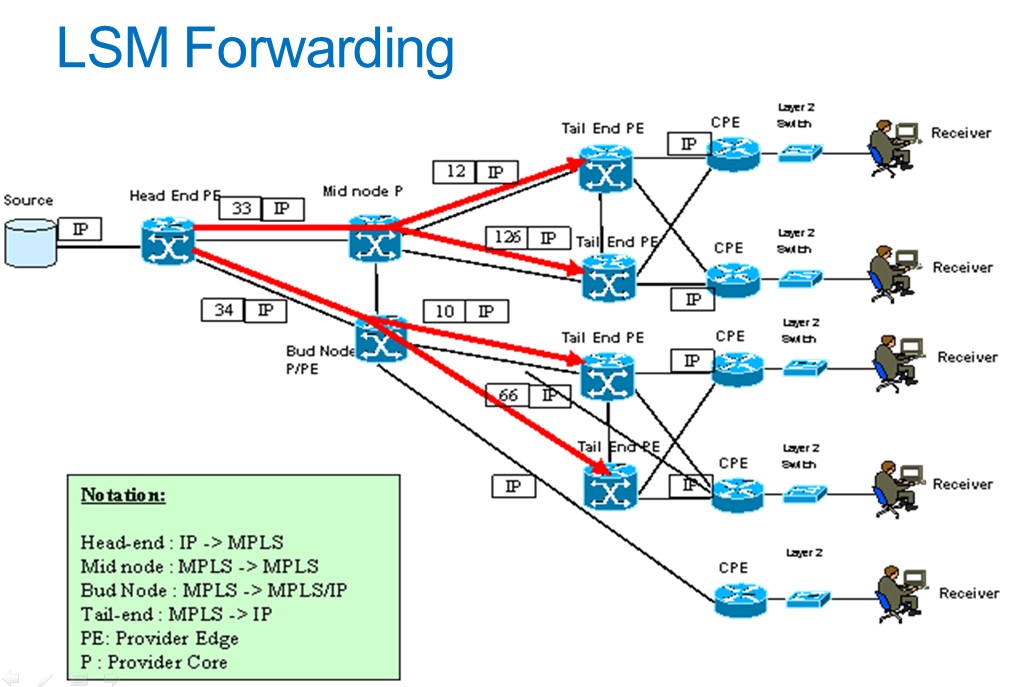 Advantages of MPLS over IP: 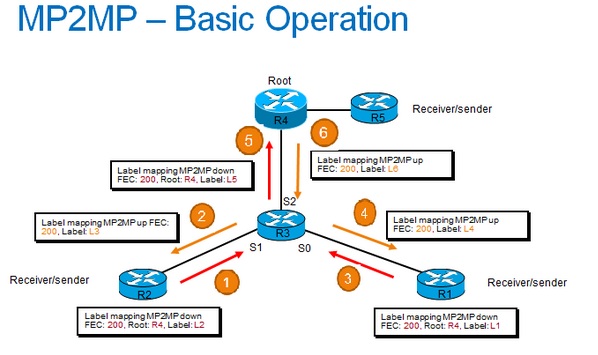 We look at R3 downstream label replication table from S2: 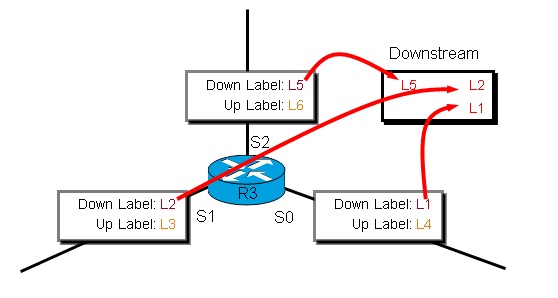 We look at R3 upstream label replication table from S1 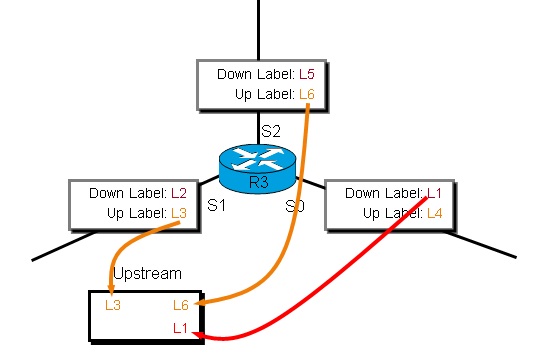 We look at R3 upstream label replication table from S0. 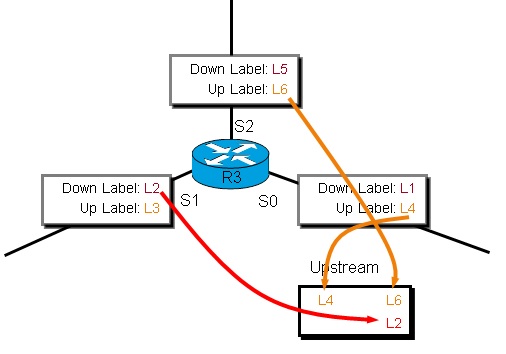 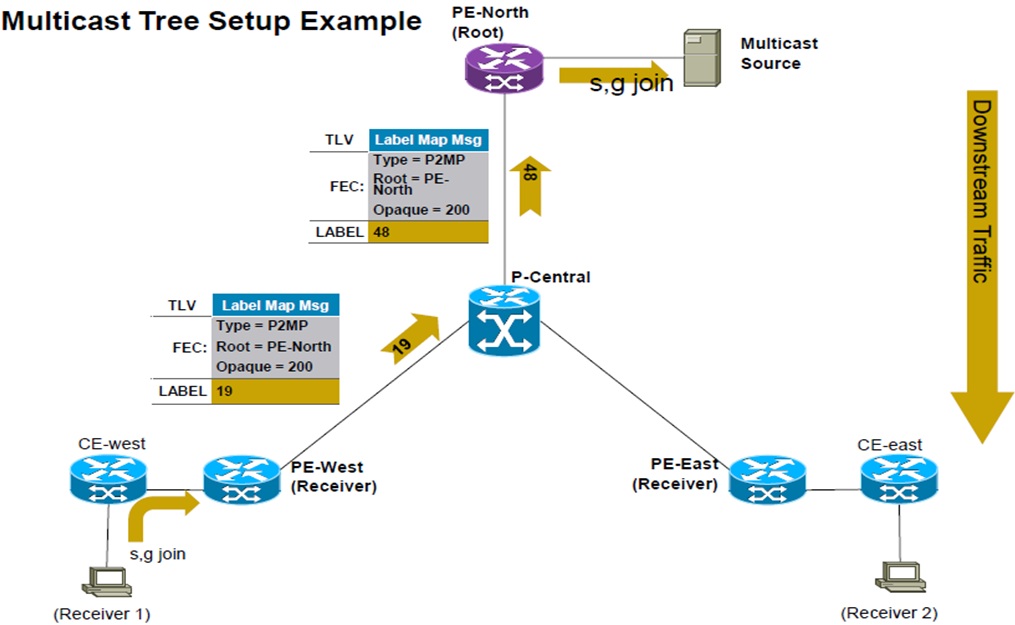 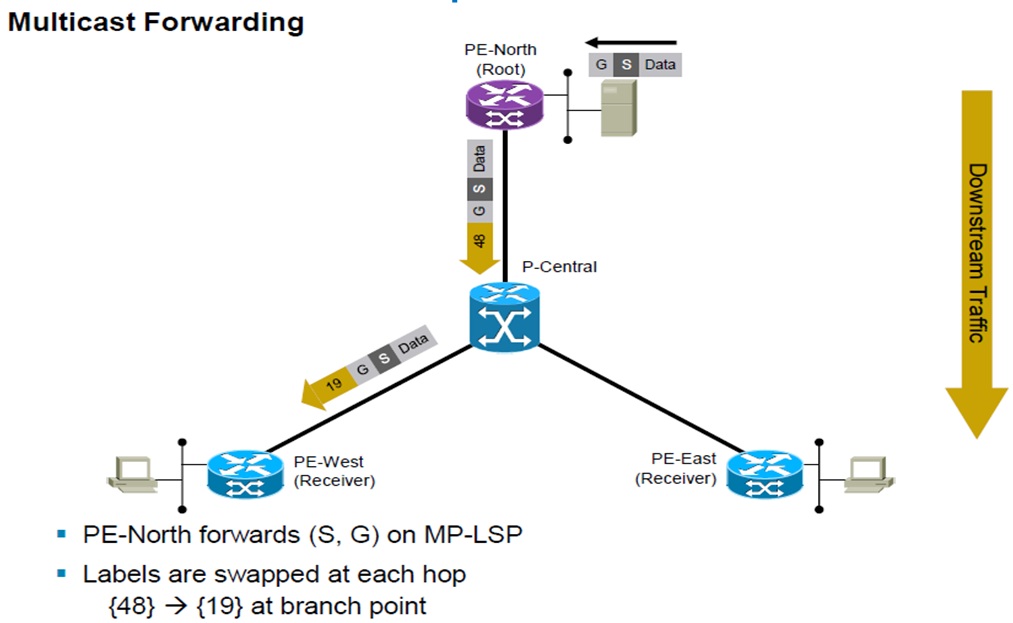 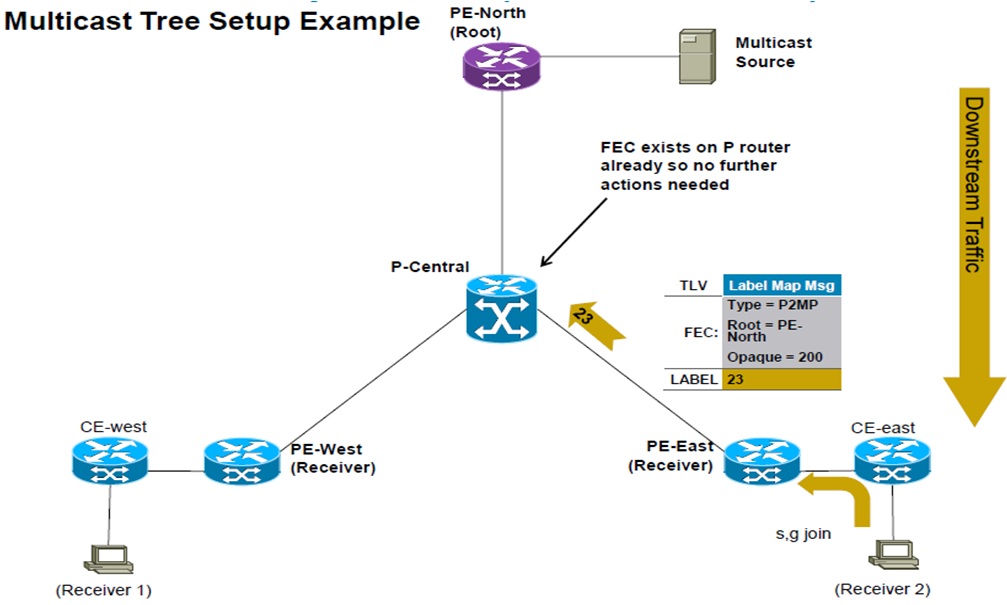 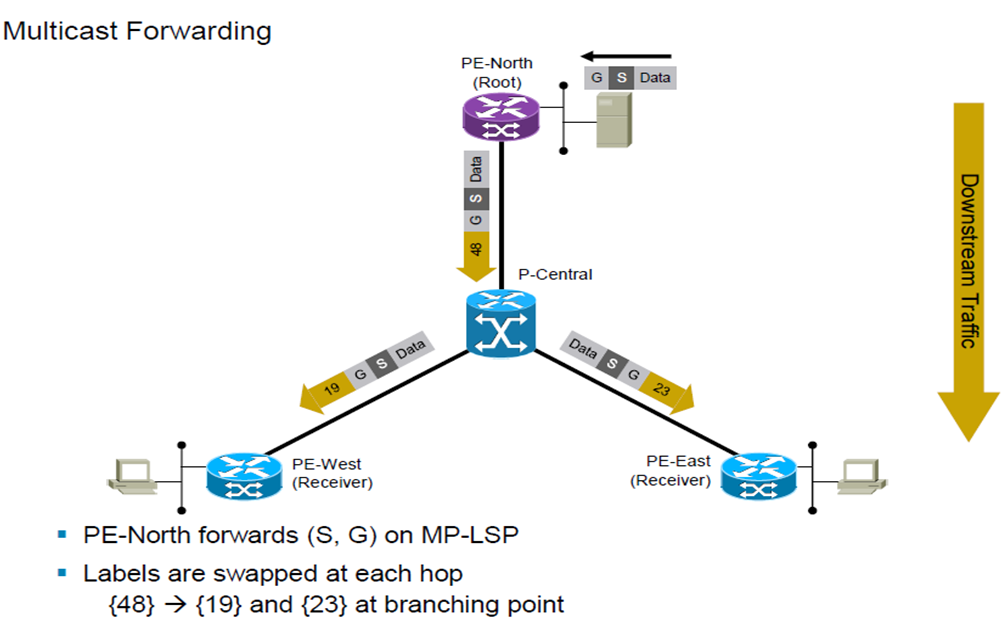 Multicast VRF (MVRF): A VRF that supports both unicast and multicast forwarding tables

Multicast Distribution Tree (MDT): Used to carry multicast C-packets among PE routers in a common Multicast Domain (set of VRFs that can send Multicast packets to each other)

The MDT is signalled as a MP2MP LSP. Each PE router configured with VPN-ID 1:1 creates the same FEC TLV, but with a different downstream label. The FEC Type will be "MP2MP Down" which prompts the receiving LSR to respond with an upstream label mapping message to create the Upstream Path.

Packets arriving as native multicast packets at a PE / VRF interface are encapsulated using a single label which is the mLDP label.  This label relates to forwarding in the backbone, determines packet forwarding over the MDT, and also identifies the VPN. This label is swapped at every hop on the way from the sending PE to the receiving PE.

In an MVPN, traffic that exceeds a certain threshold can move off the Default-MDT onto a Data-MDT. If a source on the site connected to PE1 exceeds a configured threshold, PE1 will initiate a MDT Join TLV over the Default-MDT MP2MP LSP advising all PE routers that a new Data-MDT is being created. If PE5 has an interested receiver it will build a MP LSP using a P2MP procedure to PE1 (which will be the root of the P2MP tree). If PE6 does not have a receiver for this source it will simply cache the Join TLV.

A new P2MP Data-MDT is created for each high-bandwidth multicast source. All labels are allocated from the platform label space (the same pool as is used by unicast MPLS). Downstream on demand label allocation is used.

All the documentation, examples, whatever are using this old style MDT configuration. Has anyone ever configured Profile-14? That is based on partitioned-MDT. Why do Cisco hide all the details about Profile-14?  This should be an interoperable, multivendor solution...
Most of the commands and troubleshooting information needed for proper, high-availibility MVPN are undocumented. Anycast-RP over Profile-14 is not working. Neither the route-policy based configuration. Actually, the example in the config guide with RTs is wrong. It will generate unusable Tzpe-1 advertisements. The Type-5 routes are not advertised as they should according to RFC 6513, RFC 6514. Cisco claims that ASM shall work over Profile-14, but only SSM is operational with IOS XR v6.1.

Does someone have a working configuration for ASM over Profile-14 with Anycast-RP?