Cisco Community
English
Register
Login
RegisterLogin
Options
Turn on suggestions
Auto-suggest helps you quickly narrow down your search results by suggesting possible matches as you type.
Showing results for
Search instead for
Did you mean:
25178
Views
11
Helpful
8
Replies
Highlighted

I have a Cisco CBS3020-HPQ chassis switch running IOS 12.2.(25r)SEF3.  One of the ports is in "disabled" state but when I try to unshut it, it doesn't work, the switch logs shows the following event:

%PLATFORM_ENV-3-LOOPBACK_PORT_POST_ERR: Gi0/1 can't be brought up because it failed POST in Loopback test

I'm not sure why this is happening, does anyone know what might cause this and how do I resolve this, the port is unusable since I can not get it out "disabled" state.

Any replies would be appreciated.

Labels:
2 people had this problem
I have this problem too
0 Helpful
Reply
8 REPLIES 8
Highlighted

It appears that that particular port has failed the testing that is usually done on all ports during the switch start up.  If you can turn it off and Waite a few minutes than turn it back on.  If the problem persist, you may have to open a ticket with TAC and RMA the switch

There's nothing you can do but contact Cisco TAC and arrange for an RMA.  Your blade is about to have a ASIC failure.

You appear to have some experiencial knowledge of these issues. How much $$$ is an RMA likely to cost?

%PLATFORM_ENV-3-LOOPBACK_PORT_POST_ERR: Fa0/7 can't be brought up because it failed POST in Loopback test.

%PLATFORM_ENV-3-LOOPBACK_PORT_POST_ERR: Fa0/8 can't be brought up because it failed POST in Loopback test.

Are you saying this type of failure is likely to cascade through the entire ASIC for the group of ports this ASIC serves? Or is the failure static to just the currently affected ports?

Even if the entire ASIC for a group of ports fails, depending on how many ports the switch has, there might be several groups of ports which continue to function normally. Is this not correct?

Or are you saying that the entire switch will eventually become a boat anchor?

I am an electrical engineer by training, and a fair electronics hobbyist, but I'm not up to floating a new ASIC upon the system board, nor do I have the proper clean room.

But I will certainly make good use of the other 46 FastEthernet ports while I can.

Now if I can just determine if the lack of PoE on all ports is related to this Fa 0/7&8 problem.

Hall of Fame Community Legend
In response to Router.Maestro

IF you have a valid Cisco Service Contract then you could get the hardware replaced for no extra cost.  If you don't then you can talk to the dealer who sold you the kit and maybe you can work something out.

Otherwise, you may consider looking at Cisco Refurbished if you need used appliance.

Can't say.  I've seen these error messages before and what happens next is a hit-and-miss.  Sometimes I slam the flat side of the switch against the floor several times and all go good.  Most of the times ASIC failure cascade to the next.  The problem when it comes to the PoE controller is what happens if it starts to burn something.  Particularly if you have a business and it happens at night.  These are risks I'm unwilling to take.

: %PLATFORM_ENV-3-LOOPBACK_PORT_POST_ERR: Gi1/0/25 can't be brought up because it failed POST in Loopback test. 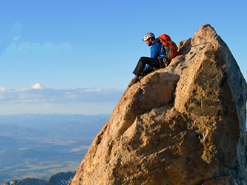 C3750x and C3560x switches may fail the POST port loopback test on some ports when booting with the error %PLATFORM_ENV-3-LOOPBACK_PORT_POST_ERR: Gi1/0/X can't be brought up because it failed POST in Loopback test.

Beginner
In response to rustamovea

I have 4 ports that cannot be brought up and I've used this firmware on several of my 3560 switches.

Hall of Fame Community Legend
In response to Nick Rigas