Our customer has UC540 that has been in for several months.  All phones are 504s and the switch is a ESW 520 24 port PoE unit.  They have reported that the phones are displaying the following error message: network error detecting.  Then the message will change to connecting.

After 4 or 5 minutes everything is ok.  They aree getting this error message multiple times.  Has anyone run into this problem and found a fix?

We are having a similar problem on a UC560.  The phones show network error and then connecting.  But in our case the system doesn't come back up; it just freezes and we have to power cycle the box.  We just did an upgrade to the latest software but no fix.  There are no crash logs, nothing.  The system just seems to lock up.  We opened a TAC case but no resolution was found.  So we are RMA the box

The customer is running out of patience with the frequent outages.  And, as a Cisco partner, this doesn't inspire me to go pushing the UC5xx solution.

Beginner
In response to ifradsham

SMB tech support removed the "lock" from the ESW520-24P ports.  SInce doing this the customer has indicated that the "network error detecting" message has not reoccurred.

I would like to ask a couple of questions, mainly to get an insight into the issue you guys are having.

The more information I can get as in as much detail per question, the better understanding I can try to get of the actual issue, this way I can try to avoid it and or I can at least attempt to try and replicate the problem.

Look forward to your reply guys, hope you can provide the detailed information.

Enthusiast
In response to David Trad

Hi I work with the original poster on this project and can help answer these qs for you.

As of tonight, the uc560 is still crashing every few hours- and today the business is not open, so little to no load on it.

Q- can uc500 support RSTP? ESW switches can do rapid/multi- I cant see how uc500 can do anything other than stp on/off. Its' three gig ports each set as trunk to poe switches. SBCS smart call conne op console standalone 1.6 in use as well. (if that is a factor)

A: there are 4 esw switches, 3 poe and one one non poe for servers etc. The switches are fine- it is the uc560 that goes offline- ie you can't even console to it- it is hung. Power reset is necessary.No other desktop switches obvious to be found.

A: We thought could reproduce the issue as anytime a call was made to the acd pilot- it would crash. We since removed the acd setup and uprgaded. It no longer crashes (on acd), but still randomly crashes. It will crash ervery 3- 4 hrs reliably- night or day.

A: Switches are fine. Uc560 is offline and non responsive- no crash log, no activity no console . Sometimes it reloads on its own, usually requres powere reset.

Rising star
In response to jason.whelan

Thanks for your fast response

I have seen something like this before or at least close to it, but that was a long time ago and it happened with both an ISR 2810 and a UC-520 running same version IOS (24 T2) but we are well and truly past this now so cant see it being the same issue, although I am not saying it isn't.

It manifest itself in two ways:

Now before I go off on a tangent with this, I would suggest sticking to the path of SMB support working on this. The issue you could be having could be entirely different and its origins may be from something else, it's just the way you explain it that imediatly struck me as a ghost from the past, in all cases there was no way to SSH/Telnet or even Console into the system if it was a full lock-up, a complete reboot was required.

It is a long shot but I thought I better ask this, it doesn't matter if they are add-on cards or in-built it would be good to get a glimpse of this, even the switch port lights if you have the standard inbuilt into it as well, check to see if they lock-up being in a constant lit mode.

The PSTN connection is a PRI.

With respect to the lights, I will try to get the info, but the system is remote so it's hard to get an accurate reading on that. 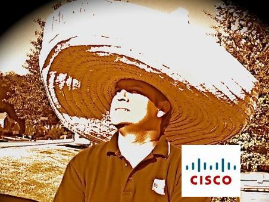 Beginner
In response to ifradsham

Also, try the latest firmware on the phones either by downloading 7.4.7 for the SPA phones or using CCA 3.0.1 that has the 7.4.8 phone load included.

Engager
In response to rcastill

Thank you for directing the partner to the SBSC since we dont support CLI in the CCA model, but the SBSC can escalate issues to the BU for next release inclusion and may also grant the CLI provided it doesnt impede CCA or OM.

7-4-8 is due end of this week I was told, but thats based on successful testing.

Hi Steve, I understand the directive to only use the CCA from one point of view.  However, certain things can only be done via the CLI.  For example, if a customer wants to maintain a data DHCP scope on their server rather than the UC500, the only way to eliminate the data dhcp from the UC560 is via the CLI.  So how can partners be expected to use only the CCA (and stay compliant with getting support) when such a common task can't be done via the CCA?

Engager
In response to ifradsham

Understand that we have come to realize that we can not offer the CLI capability withUC500 for the small Select Certified / SMB specialized partner, but will for more advanced specializations.  Do you need a copy of that policy statement?  It's on the Partner Zone section of the community.

The problem for you and us is the ability to offer complete wide open CLI coexistence with CCA.  There are too many permutations of possible CLI that could be used that would have to integrated, and that becomes unmanageable & unprofitable for this product, which as of March 1st has an additional 15% discount.

We do feel like this product it the most robust & flexible (comparing to UC320 & BE3000, which are locked down with no CLI) and we do accept input for future CCA releases (CCA 3.1 should have the disable DHCP feature for example) and we encourage you to review the FDG (feature description guide contains what the product supports) BEFORE you sell the product.

We also welcome your calls to SBSC to explain what you need and see if there are any potential safe oob CLI that may be implemented as a stop gap, if possible.

I hope you understand this product is a great offer with CCA and with advanced UC certification can also work with CLI only (no CCA and no OM) if that's what you really need.

Enthusiast
In response to rcastill

Hi, we removed the data pool from dhcp as it is not used.

DNS is given out in the scope by the windows box. No dns used in phone lease.

There are no routes needed-the uc560 is the default gateway for the subnet. It routes between its vlans itself as connected routes.

This has been happening for three weeks now and is getting more frequent. Phone loads aren't relative as they have been changed and mulitple models are affected. The entire uc560 goes offline- dead. No console access until a power reset.

Originally we thought this was a b-acd bug as dialing an acd pilot crashed it, but after removing acd pilot, it still randomly crashes every 3-6 hrs. Seems to be more frequent during busy time of the day.

This is beyond frustration.

Engager
In response to jason.whelan

This is a serious issue and you should open a case ASAP.

Enthusiast
In response to Steven DiStefano

We did last wednesday. We requested RMA friday am and are waiting on the replacement box.

I am really hoping a hardware swap out will fix this.

Rising star
In response to jason.whelan

Good luck with this, can you keep us posted on how this goes as I am interested to know if the new box resolve the issue