Cisco Community present at Cisco Live EMEA 2023. See you in Amsterdam! Learn more.
Turn on suggestions
Auto-suggest helps you quickly narrow down your search results by suggesting possible matches as you type.
Showing results for
Search instead for
Did you mean:
Start a conversation
Options
578
Views
0
Helpful
1
Replies

So this has been going on for weeks now, I have a client that we set up with two ASA 5506's to add to the one that they already had configured.  All 3 are in separate physical locations, site to site VPN's are established and working.

All three ASA's are also configured for remote VPN clients, and all of them can be accessed via Anyconnect, IPSec client, etc. and gain access to the network behind whichever ASA they connect to.

Hairpinning is enabled, however I've been troubleshooting this for more hours than I can even remember, and have spent a little time with Cisco support whose suggestions have not helped either up to this point (have been unable to get in touch with them today, will continue trying).  This is such a time critical thing and has been going on for so long with no end in sight, that I'm desperately looking for help anywhere I can get it at this point, hence the post.

Here's what I think are relevant pieces of the config on the one ASA I'm trying to get working (it's not being used so I can work on it without fear of disrupting anyone).:

I "think" this is the important stuff regarding my issue, if you need more of the config I'm happy to provide more.  Essentially the only thing Cisco support has suggested so far was adding the above nat (outside,outside) statement, as I did not have that in there initially.  Unfortunately it didn't fix the issue, but it needed to be in there I guess. 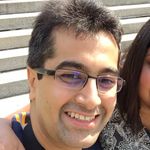 Your split tunnel is wrong from the above statement. It is missing the remote network - 192.168.2.0/24. Without this, the client won't even send that traffic to the ASA.

Your split tunnel is wrong from the above statement. It is missing the remote network - 192.168.2.0/24. Without this, the client won't even send that traffic to the ASA.