Cisco Community
English
Register
Login
RegisterLogin
Options
Turn on suggestions
Auto-suggest helps you quickly narrow down your search results by suggesting possible matches as you type.
Showing results for
Search instead for
Did you mean:
2768
Views
55
Helpful
11
Replies
Highlighted

We are hitting this bug as well and it is absolutely annoying to get this message 10-15 times or even more a day. At the moment, that is the main reason why our users didnt use Jabber at the iPhone. Does the low severity means that the error will not be fixed in the next few month?

Labels:
13 people had this problem
I have this problem too
5 Helpful
Reply
1 ACCEPTED SOLUTION

I have this same issue with a couple of VIPs in the company who do not think of this issue as just "cosmetic".

Other than this issue, we could finally fix unreliable push notifications for iPhone with 11.5(SU4) - only to run into the next problem: delayed notifications on iPhone. When a call comes in, your Jabber for Windows and your phone might ring, you take the call, end the call and then get the same call 15-30 seconds later on your iPhone. I don't want to go off-topic here, hear me out, I think there is a connection between these issues.

All iPhones have a hard-coded power saver settings for WiFi. In our case, the user is in our corporate network that's working with a couple of very low thresholds and a pretty short lease-time.

That combined with the iPhone's energy saver settings might lead to the iPhone disconnecting from the IM&P and/or phone services for Jabber. Then, when it reconnects once the user wakes their iPhone up, it'll try to access messages and/or call history - I suppose.

I'm just right now running a field experiment for this, maybe you want to try this as well - I found this workaround:

I'm really hoping this might be a workaround for now.

We have the same issue. why it takes so much time? it may be cosmetic but anyway irritating for users. this is not an acceptable condition in my opinion

Beginner
In response to timo.binz

Upgrade to SU5 did not resolve the problem for us.  Users are confused about whether they need to take any action or if there is data at risk.

We have this "unread messages might be deleted from server due to timeout" notification issue on mobile devices (we use iPhones).   Some users get 15+ of these notifications a day.  Beyond annoying, users also think they are missing or losing content.  We consider this a serious issue.

We upgraded Call Manager to SU5 but the issue persisted.  Support had us then try disabling "stream management" (under XCP router service), this prior weekend, which seemed to stop the messages, but that caused new (more serious) problems where people would go offline and not "stay alive" in the mobile client.

Screenshot below.  Please Cisco, address this.

Beginner
In response to jfranche

I'm also having this issue (opened with TAC under SR 685785832), with some users getting the alert - what seems like constantly, and while the bug only references 11.5.1 - I think this issue is also happening in CUCM version 12.0.1.

Can anyone on this thread (other than @timo.binz) confirm if their "unread message" issue was resolved by upgrading from a lower version of 11.5.1 to SU5?

I noticed that there have been 5 cases added to this bug in the past two weeks, and the bug doesn't actually list any fixed versions of software.

That said, this alert ("Unread Messages alert") is documented in the APNS guide at the bottom of Table 8: Alarms for Push Notifications.  This guide has open caveats for 11.5.1 SU3, so it doesn't appear to have been updated for 11.5.1 SU5 (or 12.0.1).  The alarm level for the Unread Messages alert is documented as "ALERT_ALARM" and the guide references other alarms as "CRITICAL_ALARM".

The APNS guide indicates that the default level for push alarms can be changed from error (at which it seems that the "Unread Message alert" is set), so I tried the related commands on the bottom of page 20 to update the alarm level and the frequency, both of which were unsuccessful, which despite the error returned were run on a UCM publisher node

This whole issue, assuming it is not completely frivolous, appears to be related the following buffer - under the IM&P XCP Router > Stream Management > Stream Management Buffer Size (default 100).  My current working theory (as I don't know how to view or relate the actual buffer contents for a particular session), as the buffer is quite large at 100, it is including status changes are clogging this buffer, while Jabber Mobile is in the background.  If so, status changes should not be clogging this buffer while the app is in the background, as there is no reason that they need to be sent to Jabber Mobile when the app is in the background.

As I understand it, legitimate items for this buffer (at least for Jabber Mobile, while in the background) should only include (1) Notice of new chat messages, (2) chat invitations (based on documentation), (3) missed call notices, and (4) new voicemail notices.

Lastly, while this bug, as filed was documented as cosmetic, it clearly is not, based on the increasing number of customers reporting this issue, and the behavior of the bug, is that some customers are ultimately getting 10s of frivolous distractions from their day, from their productivity, from their peace of mind and from their trust in Cisco products.

Beginner
In response to shawnthawkins

I agree with Shawn.  I opened a case to basically be told they don't care and its not a bug.  Even with no incoming IMs or calls I will still get this error - quite annoying and generates lots of support calls.  Hopefully they will fix this issue soon.

Beginner
In response to AdamEldred

What learned this week that you don't even need to have any contacts and if you are logged into Jabber Mobile, you will still receive the "Unread messages might be deleted from the server to timeout.  Please sign in Jabber to check unread messages."

Given this most recent info, there is no basis that Support/BU can deny that this issue is a defect. 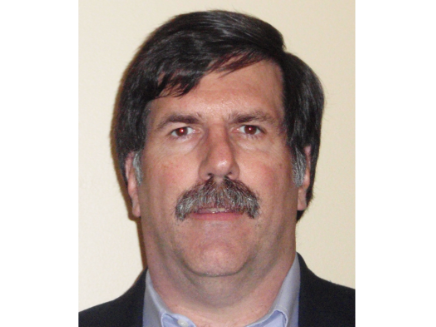 Contributor
In response to shawnthawkins

Beginner
In response to A_
The issue is not fixed with 11.5.1 SU6
5 Helpful
Reply

Latest Contents
Need Visio Stencil for 93216TC-FX2
Created by micahcox on 06-22-2020 06:24 AM
1
0
1
0
Cisco: Please create and post a stencil for the Cisco Nexus 93216TC-FX2 switch.
cisco.pearsoncred.com down?
Created by alexander.johansen on 06-18-2020 11:50 AM
2
0
2
0
Is cisco.pearsoncred.com down for everyone or just me?
IOS-XRv 9000 Downgrade issue
Created by abdulsamad_152 on 06-04-2020 09:05 AM
0
0
0
0
Hi Guys, I need help. I was downgrading the Xrv9k from 6.6.2 to 6.6.4 which is installed on UCS M5. I followed the cisco Guided method by using the tftp server and install on it by console. After activation the xrv9k the server rebooted automatically... view more
Small error on the NetAcad: Cybersecurity Essentials: Module...
Created by Martin95 on 05-17-2020 07:44 PM
1
0
1
0
I struggled to find a suitable contact option for this minor error, so if this is the incorrect place for resolving the issue, I hope I can be pointed towards a more suitable space. As stated in the titleThere is a minor error on the NetAcad: Cyberse... view more
Chat Feature is Now Available in the Product Returns and Rep...
Created by Buddy Priest on 05-04-2020 12:50 PM
0
0
0
0
2020 年 3 月 22 日より、Product Returns and Replacement  (PRR) ツールでチャット機能が有効になっております。   この機能により、世界中に存在するシスコのロジスティクス サポート センター(LSC)エージェントとのチャットを開始できます。    ** チャットの日本語対応をご希望の場合は、PRRの右上の希望言語を「Japanese(日本語... view more
CreatePlease login to create content
Discussion
Blog
Document
Project
Video
Related Content
Discussions
Blogs
Documents
Events
Videos
Projects
Content for Community-Ad