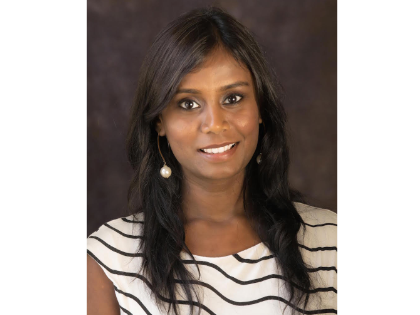 Did you know? It takes over 500 screens to install just the prerequisites and SQL server for a complete System Center Installation. Here is a prerequisite list from Microsoft;

Microsoft's PowerShell Deployment Toolkit (PDT) solves exactly this. It installs all of the dependencies and brings up System Center in a fully automated fashion. But one thing that I constantly struggled with, was finding good documentation on how-to use this tool online. Hence my blog... I will summarize all the steps I took to get this tool to install the System Center components in my lab environment.

Some things to think about;

Do you already have an AD, DNS etc that you would like to leverage for this setup? Would you need VMs to be created from scratch? Also keep in mind about user accounts, their security principals etc..

Change the values of "SourcePath" and "Download" to reflect where you have downloaded PDT and wherever you want all the dependency files to be installed.

Misc: You might want to change the Domain name (Contoso) and default passwords that comes with this script, unless you want to name yours after Microsoft's fictional company name. =)

After editing the Variable.xml, run the Downloader.ps1 script. The script specifies a start time and starts to grab ALL of the files required for your deployment. Note that there are few files you might have to download manually and keep it handy;

Once you run the Downloader.ps1 script, a screen like the one below appears;

Lots of files will get downloaded and this could take couple of hours (or more!), so grab a bite while the script grabs all the bits. =)

If you decide to create VMs from scratch in your environment, modify the Variable.xml to reflect the location of WindowsServer2012 R2 vhd file in your local machine. Also modify the XML file to point to your Hyper-v machine ("localhost" in my example). All of the VMs will be created on this Hyper-v environment.

VMCreator.ps1 creates all of the VMs (including AD / DNS), creates a virtual internal network (CorpNet1 from the above example) and waits for all of the VM creation to complete. This script also turns on the AD machine first, waits for the other VMs to come up, runs a registry service from inside of the AD VM and registers all of the created VMs to its AD in an automated fashion.

Final step is to run the Installer script, which installs all of the System Center components inside the respective VMs. This script also does a final check for all of the dependencies before the actual installation. So if you need to just verify for the dependencies, use -DeploymentOnly option while running the script. Once the script gets past verifying dependencies stage, it takes about 3 hours-ish to install and bring up the System Center components. Note that Microsoft color codes go like this - Yellow is warning, Green is success, White is in progress, Red is error. See a sample of successful installation below;

If you got to this point and everything looked green in your console, System Center is installed successfully in your environment. You should be celebrating! =)

Also at this point, you are only one step away from managing and monitoring your UCS hardware from inside of your newly created System Center Environment. Grab the UCS / IMC Management Packs (Free!) for System Center from the UCSIntegrations subspace to do so...

To summarize, here's what I really like about PDT;

Latest Contents
Automation developer
Created by Drorzissholz on 03-24-2022 09:41 PM
0
0
0
0
Hi.In ucs central sdk (ucscsdk) I am looking for cod examples in python for unassociating aserver from a servic profile.
Cisco UCSB-5108-AC2= EOS
Created by EaintHmueKhin11953 on 01-31-2022 09:52 AM
1
0
1
0
Hi, I would like to know Cisco UCSB-5108-AC2= chassis End of Sale Announce Date.
UCS Health Check v2.5 incorrect server status information
Created by SamCU on 01-25-2022 07:12 PM
0
0
0
0
I ran this script PS version against a couple of UCSM instances to get the server inventory information and status.  On some of the FI, some servers were moved to another FI without decommissioning / removing on the original FI which show their statu... view more
UCS Plugin and server identification
Created by mhc451 on 01-03-2022 11:07 AM
3
0
3
0
Just installed the 3.0.6 version of the plugin in our test environment.  So far everything looks to be working.  However the ESXi Hosts are located under the "Non ESXi Servers" section, and not the "ESXi Servers" section.  Not a show stoppe... view more
Cisco UCS PowerTool Core modules v3.0.2.4 for UCSM, IMC, UCS...
Created by amhetre on 09-09-2021 04:54 AM
0
0
0
0
Cisco UCS PowerTool Core suite is a set of PowerShell Core modules for Cisco UCS Manager, Cisco IMC and Cisco UCS Central, that helps in configuration and management of Cisco UCS domains and solutions. Cisco UCS PowerTool Core modules are developed using... view more
Ask a Question
Create
+ Discussion
+ Blog
+ Document
+ Video
+ Project Story
Find more resources
Discussions
Documents
Events
Videos
Project Gallery
New Community Member Guide
Related support document topics