Cisco Community
English
Register
Login
How do YOU and your teams use messaging in Webex? Let us know for a chance to win some Webex swag!
RegisterLogin
Options
Turn on suggestions
Auto-suggest helps you quickly narrow down your search results by suggesting possible matches as you type.
Showing results for
Search instead for
Did you mean:
Announcements
7630
Views
0
Helpful
5
Replies

Why are the version numbers in WebEx so different dependant on where you look.

The current version of Meeting Center is as follows:

There is also no notification of new software versions, so often the first I know is when WebEx meetings stop working, which can be a pain, normally a few minutes before a scheduled meeting.

When the site is being updated the site admin (all site admins ?) recives notification, however this doesn't appear to cover service packs.

When a user joins a meeting there is no message showing that a new version being installed, you can see this by running with admin rights however, and observing the screen, non admin users just fail to join the meeting.

This appears to have started since the 27.28.X tree was released.

Cisco appears to be always forcing the latest client version rather than gracefully notifying of the new version but still allowing use of the existing version. This causes additional work, especially in the event of unannounced service pack releases. I can understand this following a site upgrade, which is hopefully planned so can be scheduled and normally involving a major version change but is there really that much different in a new service pack version.

Users run in a locked down non admin enviroment so cannot install software themselves unless published through GPO.

The release notes also need to be kept more up to date, along with an archive library of changes. Currently our site download page is showing the latest relase notes of 8.26 of 26 April 2011, at least a version behind, so what's changed.

Thank you for your posting.

We are aware of the discrepancies on the version numbers and will be fixing this issue for consistency in an upcoming release.


Notifications for all upgrades and service packs are sent to technical (Site Administrators) and business contacts. If you are not receiving them, please contact the customer support team to validate we have the correct contacts for your WebEx site.

In regards to using an older WebEx release version versus the newest version, our architecture does not support using of an old version by some attendees and not others.  All clients must match the current version on the site to join meetings. As stated above, Site Administrators and business contacts are notified of upgrades. Per their discretion, they can communicate out further to notify their WebEx users of these changes.

I can confirm that site update notifications appear to only be sent to the primary administrator (original site owner ?), as we have just had a notification.

This only goes to that one person, can I request that a change is made to send it to all site administrators or provide a method of subscribing for such change notices.

The update notice does appear to provide a means of unsubscribing, which in itself could cause problems if that person did, that would then equal no updates.

As a further update following opening a case with customer support it appears that only the billing contact(s) receive updates regarding the site itself such as updates.

This I feel is a major failing, the billing contact is often a manager or someone in accounts solely responsible for paying the bill, they have no interest in the day to day administration and so information such as site updates is not passed on.

It would make more sense that site update notices are sent to the site administators.

I have suggested this via the support request, however if this could also be raised thorugh yourself.

Thank you for your posts.

I will check into this per your feedback. You should be able to provide updates and notifications for both the billing contacts and Site Administrators.

Would you mind sending me your contact information and site information offline at mkee@cisco.com, so that I can help get this processed for you? 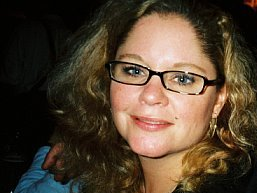 We have always had our site on lockdown.  We want to control our environment and require that all new upgrades are tested prior to any upgrade so that the issues you are experiencing are eliminated. You may want to talk to your WebEx account contacts and request that as well.  Also, then you then can specify who should be receiving updates.

Latest Contents
Interworking between SIP and H.323 explained with wireshark
Created by Meddane on 05-15-2022 08:06 AM
0
0
0
0
Understanding Media Negociation in Interworking / Traversal Call : SIP <-> H323 through Expressway. Inside SDP and H245. Both signaling and Media goes through the Expressway so the IP address of expressway is offered to both SIP and H.323 endpoin... view more
SIP Publish Message presence status
Created by Meddane on 05-15-2022 06:23 AM
0
0
0
0
Sometimes you troubleshoot the phone presence status issue, or you are wondering how the status is retrieved by IMP, the best place to start is to look at the SIP Publish message sent by the CUCM to IMP, Capture the SIP Publish message using wireshark, in... view more
Translation Pattern can match the calling number
Created by Meddane on 05-11-2022 10:17 PM
0
0
0
0
The translation pattern is the most important tool in the Call Routing Process on Cisco Unified Communication manager.By definition a Translation Pattern is used to match the DIALED NUMBER (CALLED). After a match is found we perform a digits manipulation.... view more
How to populate Self Service User ID when importing AD Users...
Created by Meddane on 05-11-2022 04:44 AM
0
0
0
0
Sometimes, you want to populate the Self Service User ID and the Primary Extension + the Conference Now Meeting Number automatically with the IpPhone or Telephone Number LDAP Attribute used in the LDAP Directory configuration page when importing AD users ... view more
Bemutatkozik a Webex Room Bar
Created by mmihalyf on 05-10-2022 07:35 AM
0
5
0
5
A Cisco 2022. május 10-én bejelentette a Webex Room család legújabb tagját a Room Bar-t. Az új eszköz a népszerű Webex Room USB/Mini kategóriájában teszi elérhetővé azokat a funkciókat, amik korábban csak a nagyobb Webex Room Kit-től felfelé voltak jellem... view more
Ask a Question
Create
+ Discussion
+ Blog
+ Document
+ Video
+ Project Story
Find more resources
Discussions
Blogs
Documents
Events
Videos
Project Gallery
New Community Member Guide
Related support document topics